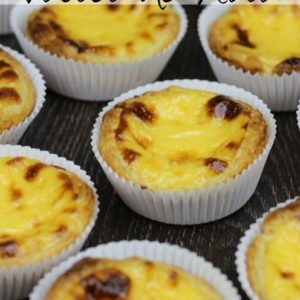 This Pastel de Nata or Portuguese Egg Tart is simply dreamy. Taste just like the ones from Macao, light and smooth egg custard with crisp flaky puff pastry. 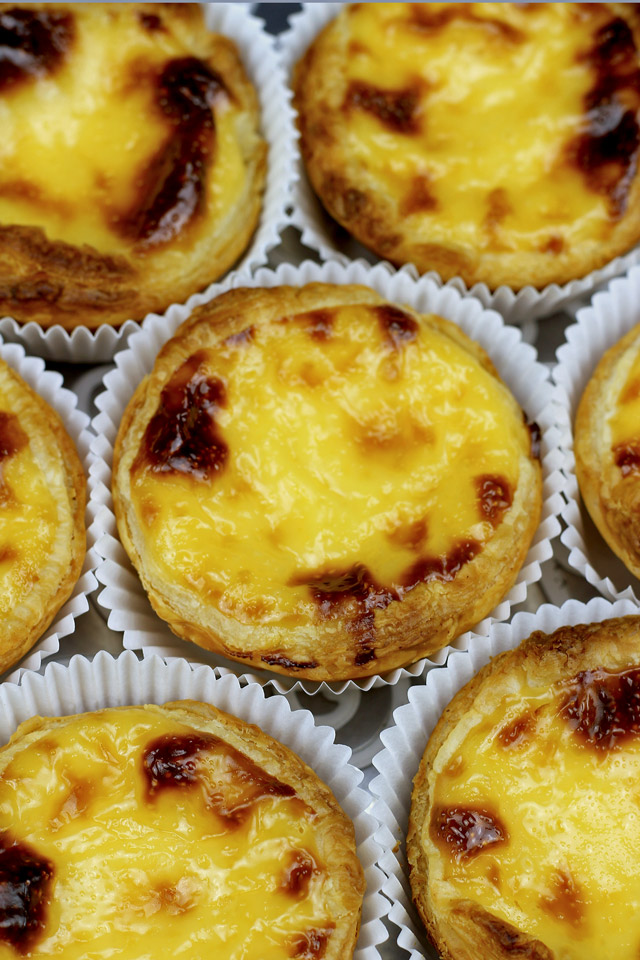 Yaaaayyyy!!! I cannot believe that I was able to make these Pastéis de Nata or Portuguese Egg Tart. They are so amazingly good, just like how I remembered them…light and smooth egg custard with crisp flaky puff pastry.

The first time I had these was on my very first out-of-the-country trip to Macau-Hong Kong back in 2007 with two good friends, Romina and Leony. It was quite an adventure and so much fun and it was also at this time that  I mastered using chopsticks out of necessity (and hunger) because it was the only utensils they would give us in Macau back then.

What is Pastel de Nata?

Pastel  (Pastéis for plural) de Nata, also known as Portuguese Egg Tart is one of the famous local specialties in Macau that should never be missed. Macau has been a Portuguese colony until late 1999 so that explains how this delicious pastry found its way to this tiny island in Asia all the way from Portugal.

It is a small milky, creamy egg custard tart that has a flaky, crispy pastry as a base.

From that very first taste of this buttery pastry, I got hooked! I cannot get it out of my mind for months after getting back to the Philippines so  I tried recreating it using a different recipe (from the internet) but every single attempt ended up as a failure. Not only was it difficult to make puff pastry in a really warm and humid kitchen but I also cannot get the custard to be as smooth or the top as shiny with those burnt spots which is a signature of Pastel de Nata  (aside from the time I burned a batch of course). So after so many failed attempts, I gave up :-(. 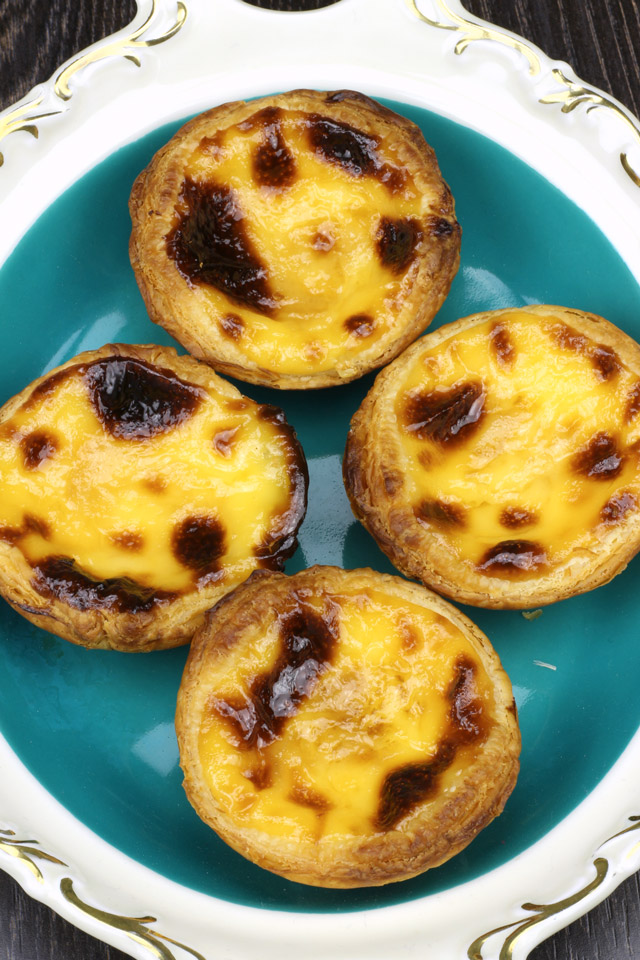 Fast forward to 2016 and with a change of location (Germany), I decided to give it another shot. I felt a bit more optimistic since ready-made puff pastry sheets are easily available there, so half of the work is done.

Next step was to look for the right custard recipe. I found some and tried them but still no spots and I get curdled custard instead. They also tasted good too but not quite the Portuguese egg tarts that I know…then finally I found this recipe from Kitchen Tigress and she explained so well why I, and Rasa Malaysia in this case,  were failing at making Pastel de Nata.

She says… to get those burnt marks on top, there should be enough milk to have the protein needed to create a skin while they bake in the oven at 250°C.

Now to stop the custard from curdling, it should be stabilized by adding cornstarch to the egg-milk mixture.

Kitchen Tigress used ready-made puff pastry shells (good for her), unfortunately, they are not available here in Germany. But I am already happy having the ready-made puff pastry sheets. What I did was, I cut circles about the same size or a bit bigger than the top circumference of my forms (good thing I have a drinking glass with a wide rim with the same size, you just have to be resourceful). Then I placed the center of the pastry dough at the middle of the butter-greased form and pressed it to the sides making it thinner and expanding it to reach the top.  When I don’t do this, the crust gets too thick when baked and does not look so good. After forming the puff pastry shells, you have to freeze it for a few minutes again so they become firmer and will keep their shapes while baking as they tend to shrink in the heat.

She also bakes her Egg tarts at 250°C for 30-35 minutes which I found impossible for me to do or the crusts get too burnt. Maybe it is the difference in our ovens, I am not sure, so I adjusted my baking procedure a bit. 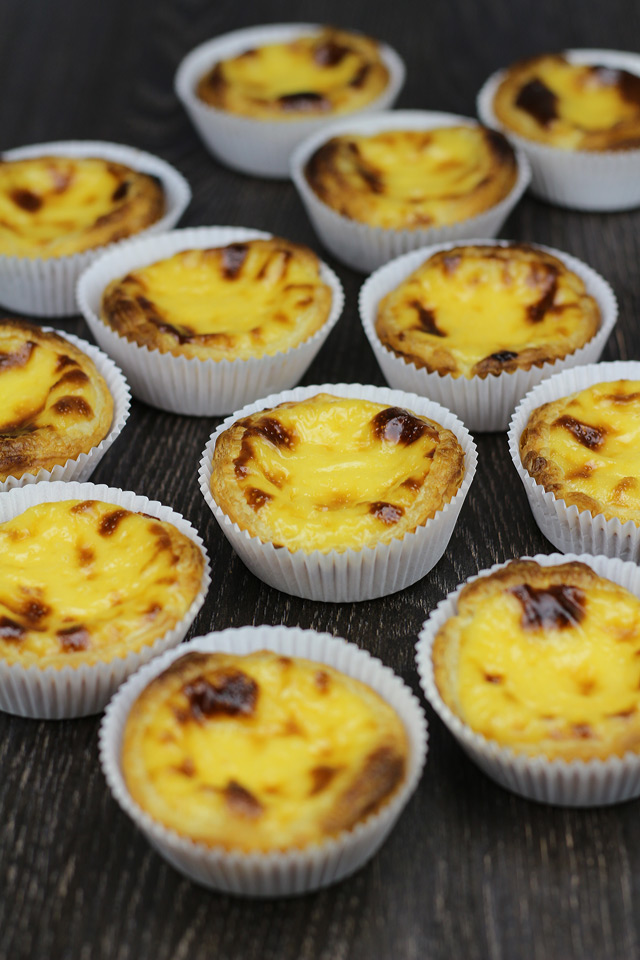 How to make Macau Egg Tarts?

Form the dough into pastry shells and freeze for several minutes. 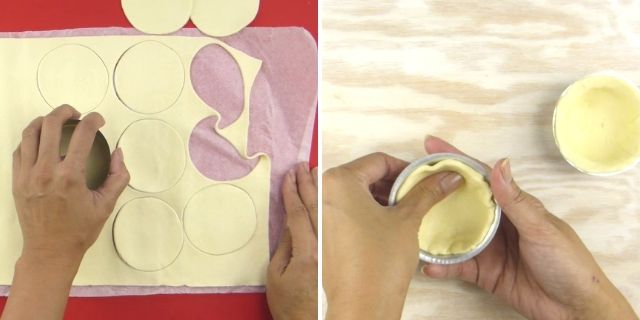 In a small pot or saucepan, whisk together the cream, sugar, egg yolks, cornstarch and milk until well combined and all lumps age gone. 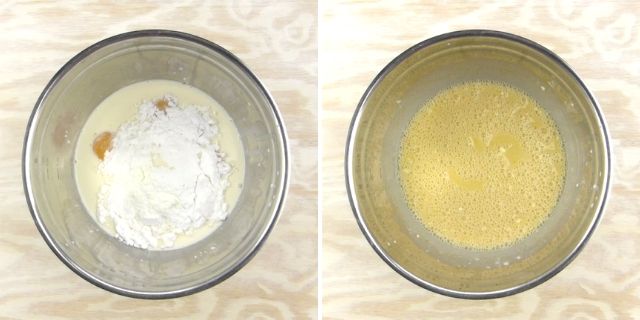 Cook egg mixture over medium-low heat while stirring continuously until it reaches the correct consistency, think crepe batter. Remove from heat and place pot in a cold water bath to stop it from cooking further. Add the vanilla extract and stir until well mixed. Let it cool down to room temperature. 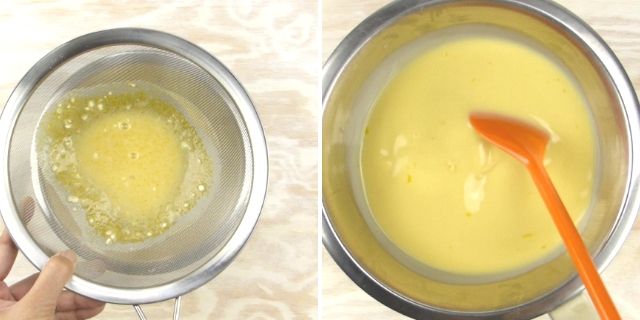 Preheat oven to 250°C. Take the puff pastry shells from the fridge and fill them with the egg mixture leaving about 5-7mm of the top uncovered.
Baked them at 250°C for 5 minutes or until the pastry starts to puff. Lower the temperature to 200°C and bake for another 15-20 minutes or until the top of the custard gets the burnt spots and the bubbling starts to subside. 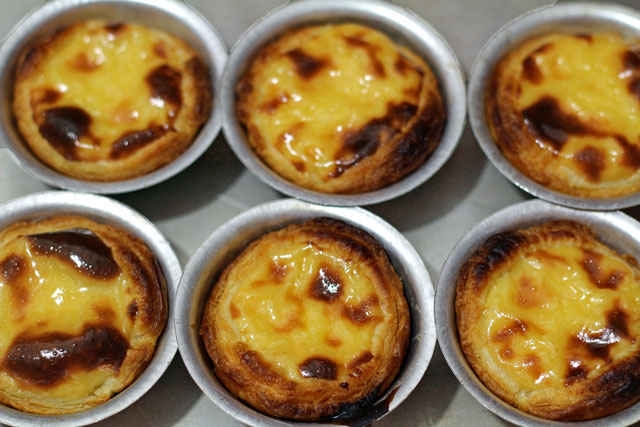 If you do not have a double boiler, you can use a metal or glass heat-resistant bowl and place it over a pot with water. Make sure the bottom of the bowl does not touch the water.
Nutrition Facts
Pastel de Nata or Portuguese Egg Tarts
Amount Per Serving
Calories 222 Calories from Fat 126
% Daily Value*
Fat 14g22%
Saturated Fat 4g20%
Cholesterol 70mg23%
Sodium 75mg3%
Potassium 53mg2%
Carbohydrates 20g7%
Fiber 0g0%
Sugar 8g9%
Protein 3g6%
Vitamin A 215IU4%
Calcium 37mg4%
Iron 0.8mg4%
* Percent Daily Values are based on a 2000 calorie diet.
Tried this recipe? Tell us how it went. Tag us at @foxyfolksy or leave a comment and rating below.

This recipe was originally published in April 2016. Updated to include more tips and new photos. Recipe remains the same.

For those asking about the mold I used for making these egg tarts, I found these at Amazon: