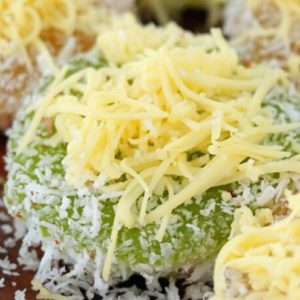 Pichi-pichi is a Filipino dessert made basically from just 3 ingredients: cassava, water, and sugar.  It is steamed and becomes glutinous. Once it is cooked and cooled it is rolled in grated coconut or grated cheese.

Pichi-pichi is a kind of Filipino kakanin or delicacy made from cassava (manioc, yuca). This treat hailed from the province of Quezon. It has a sticky, gelatinous yet firm texture that is made by steaming grated cassava. Once it is cooked, the opaque white color of the cassava becomes somewhat translucent.

What is Pichi-pichi made of?

Normally eaten as a snack or dessert, Pichi-pichi is really easy to make and needs only 4 main ingredients:

It can be enjoyed as it is but normally it is coated with grated coconut or topped with grated cheese, or both. Other flavorings are also added like coconut water, pandan (screwpine) or ube.

In the Philippines, it is easy to get fresh cassava and they are available almost all year round. That is not the case in other non-tropical areas. While I was in Germany, the only way I can get cassava is from the Asian food stores and they usually sell them frozen. 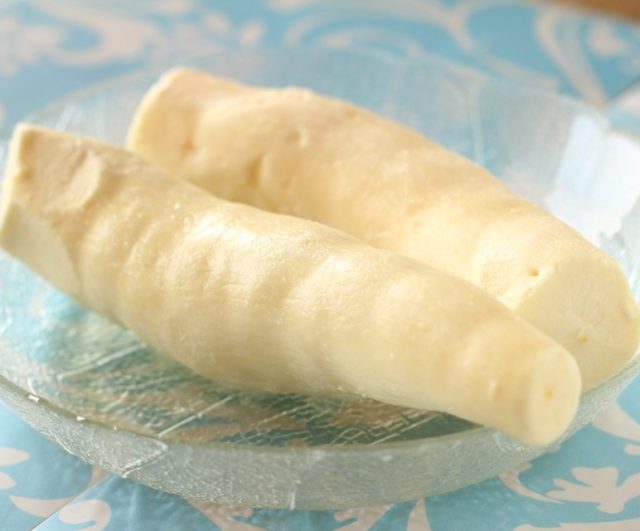 Like cassava, coconut is not something that is easily available in other countries. I will let you in on a secret, I seldom use freshly grated coconut for my desserts. And I stir clear of the frozen ones as, based on personal experience, they tasted like old coconut where the milk was already wrung out.

Out of necessity, while in Germany, I discovered the best alternative to the freshly grated coconut. Since it is easier to find in the local groceries and supermarkets, I did some experiments and tried to rehydrate desiccated coconut. It works perfectly.

All I did was add some water and sure enough, the dried coconut flakes absorbed the liquids. It became soft and it was almost like having freshly grated coconut and so much better than the frozen one. Just add  70-80 ml of water to 1 cup of coconut flakes then just mix them well together for 1-2 minutes and you are ready to roll. 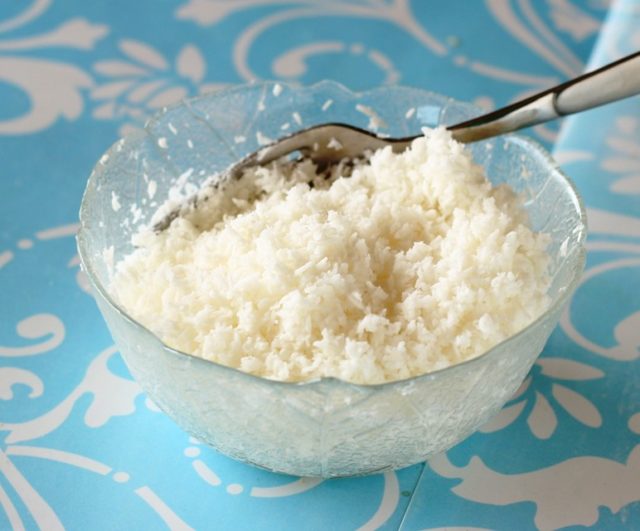 You can find some recipes that include lye water in their ingredients.

But since I do not have any at the time I made this post, I made my first batch without lye water. They turned out OK, a bit too soft for my liking but still totally yummy. For my second batch, I used a substitute for lye water (baking soda solution) and they were firmer.

The substitute for lye water I used, was ¼ teaspoon of baking soda dissolved in 1 cup of water then boiling the mixture for 5 minutes, that's it! 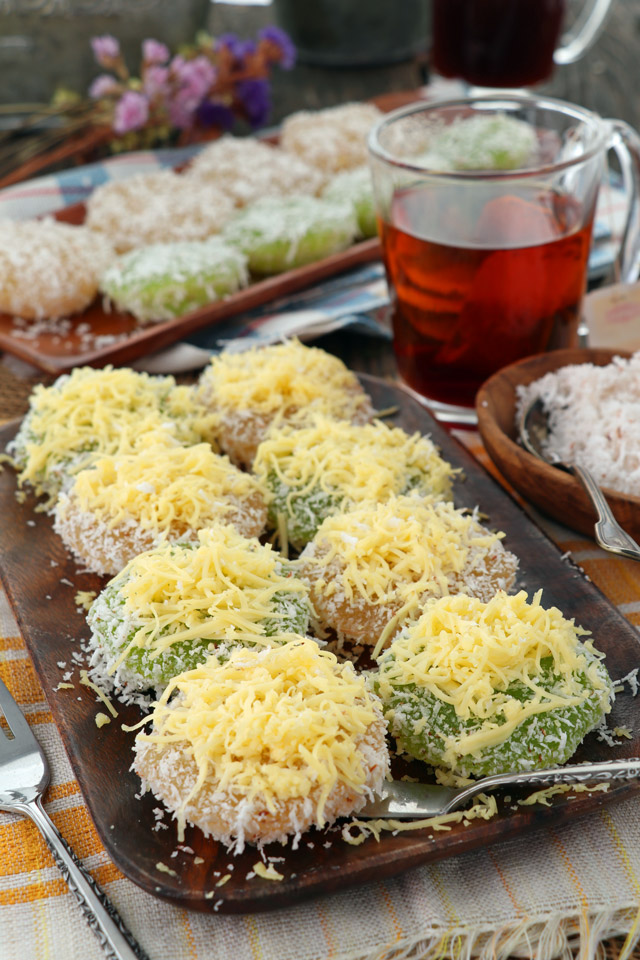 Lastly, you will need molds to steam them in. Filipinos would know about 'puto' molds, but I do not have those as well, instead, I used my silicon cup molds that I sometimes use for baking cupcakes and muffins. 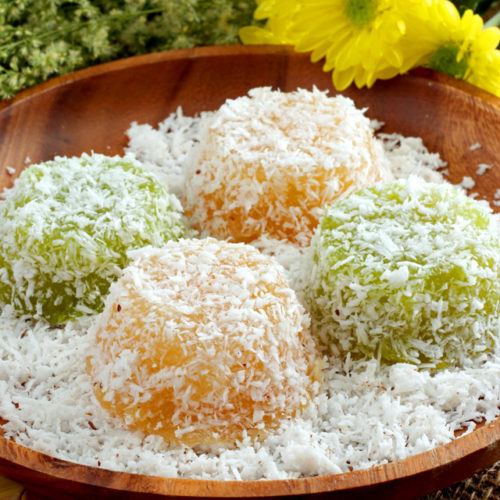 FOR COATING AND TOPPING

NOTE 1: If using fresh (not frozen) cassava, place grated cassava in a cheesecloth and squeeze out the liquids. Use 2 cups of water instead of 1 ¾ in the recipe above. NOTE 2: To make the baking soda solution: ¼ teaspoon of baking soda dissolved in 1 cup of water then boil the mixture for 5 minutes.  NOTE 3: You may also add some flavoring by adding drops of buko-pandan or ube extract. If you opt to have it all natural, boil some pandan leaves in water and substitute that with the water in the recipe. 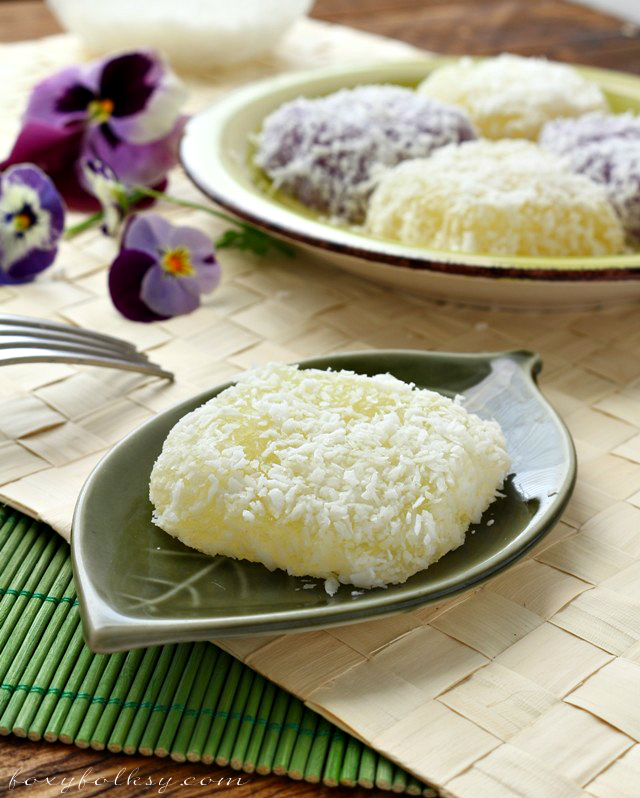 This Pichi-pichi recipe was originally published in May 2015. Updated on November 2019 to include new images and videos and additional tips. The recipe remains the same.