Try this Japanese Cheesecake or Cotton Cheesecake recipe for a super fluffy, light-as-air cheesecake you will ever make. Add some fresh berries to make it pretty and ready for any special occasions. 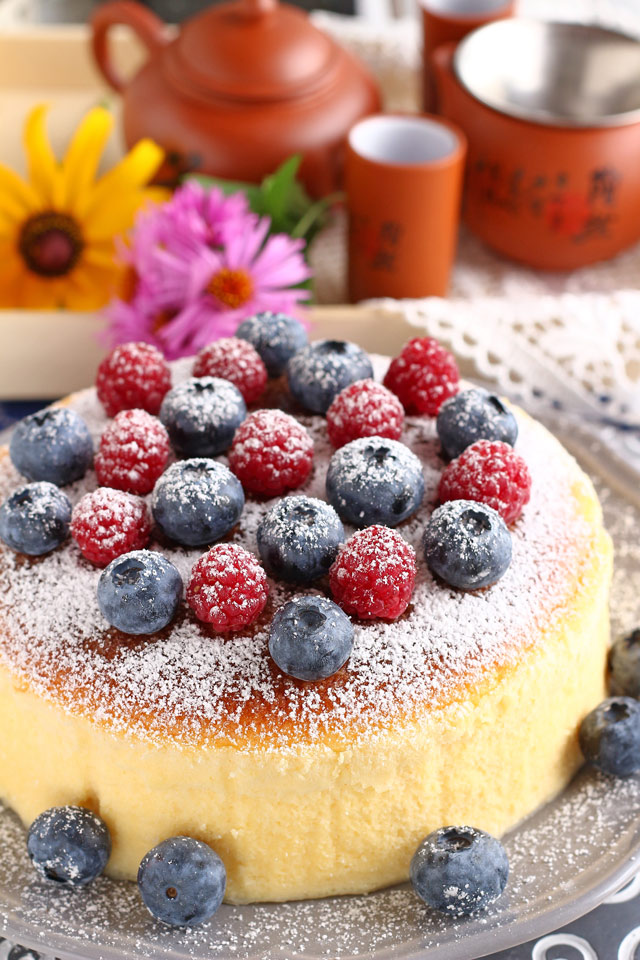 What is Japanese Cheesecake?

It is fluffy, it is jiggly and it is yummy!

Japanese cheesecake or also known as cotton cake,  Japanese souffle cake or pillow cake is a kind of sponge cake where the egg whites are whipped into a meringue and then added to the cream cheese-egg yolk batter to create a fluffy texture. The cake is then baked in bain marie or a hot water bath that makes it moist and jiggly.

It has fewer calories per serving than a regular cheesecake as it contains less sugar and cheese. 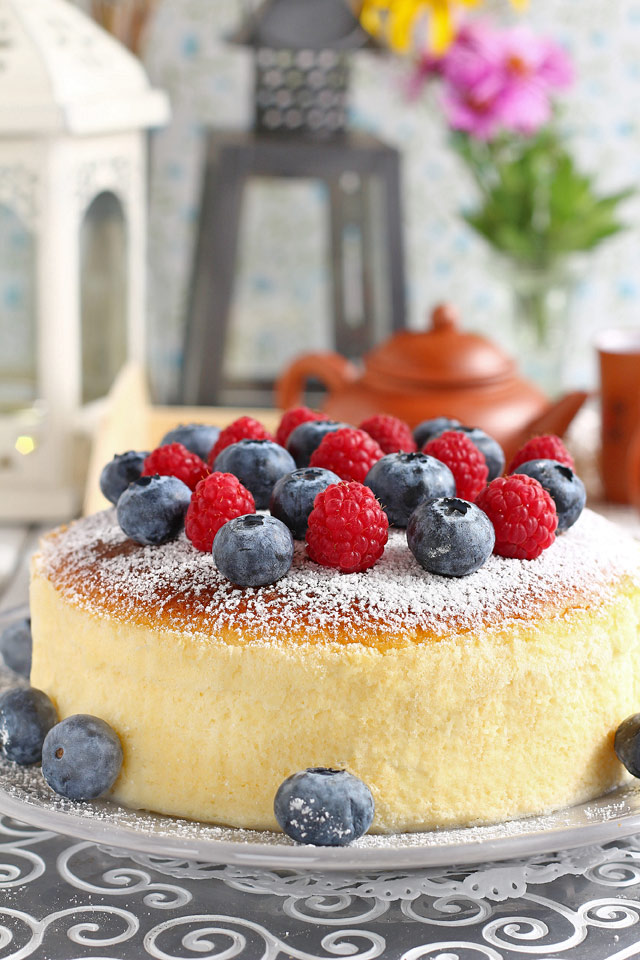 It took me a while to write about this beautiful and heavenly Japanese Cheesecake. The reason for that is, I had to do it three times to get it picture-ready for my blog, but I am not complaining at all, neither is Armin from the looks of it. He was actually the one urging me to make a "better" one and then another. Although the first two Japanese cheesecakes I made were not picture perfect, they were still delicious.

It was only that my first one came up nice after baking but once it cooled down it turned wrinkled at the top. The second one was firmer and nice all throughout even after chilling but it had a big crack on one side separating the top brown part from the rest of the cake, which of course looked weird. 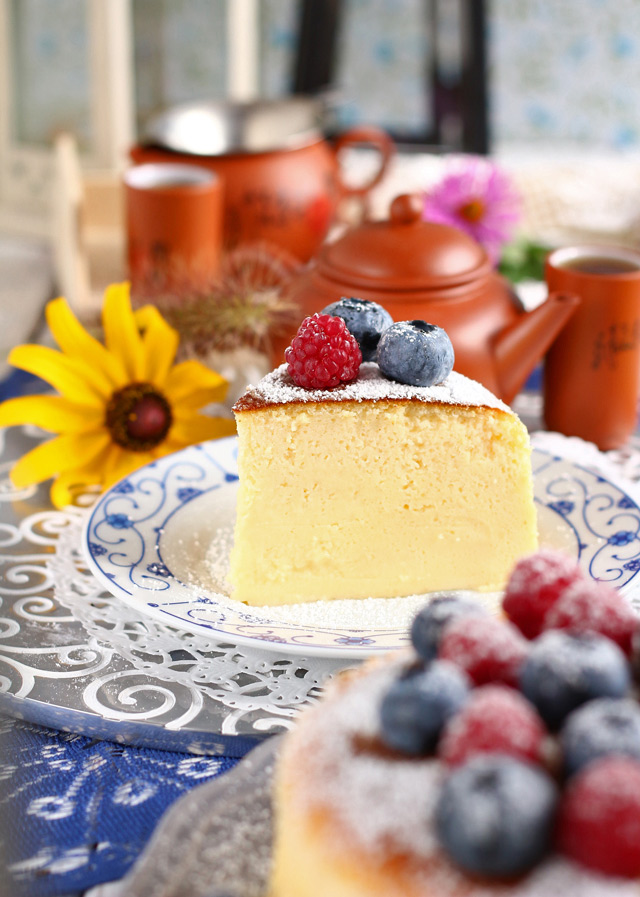 But after reading a lot of different Japanese Cheesecake recipes and my multiple attempts, (I think) I know now why I failed the first two times.

With all the three cakes I made, I only used the same recipe that my most beautiful sis-in-law, ate Mia, gave me (do not worry that I hurt anybody else's feeling with my superlative comment as she is the only sis-in-law I have).

The secret for making the perfect Japanese Cheesecake

So I knew that it has to be the technique I was using that was causing all the problems. At both times I might have over-beaten my egg whites. This caused the cake to rise too much and with the first cake. The which I baked at 160°C for about 30 minutes then lower the temperature to 140°C because I thought it was already too hot, it made the cake rise then deflate, thus, the wrinkled surface. 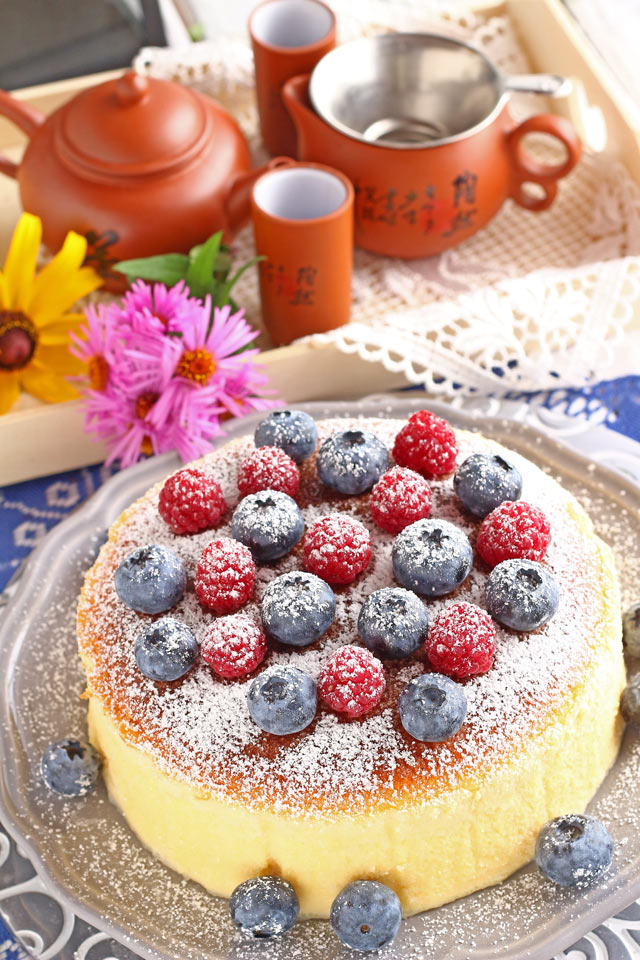 As for the second cake, which I baked at 200°C for 15 minutes and lowering again to 150°C  for another 50 minutes, it did not have wrinkles but cracked instead.

So I, therefore, conclude, that over-beating the meringue and baking the Japanese cheesecake at a temperature that is too low or too high and too long will result to a not so good looking but still delectable cakes. 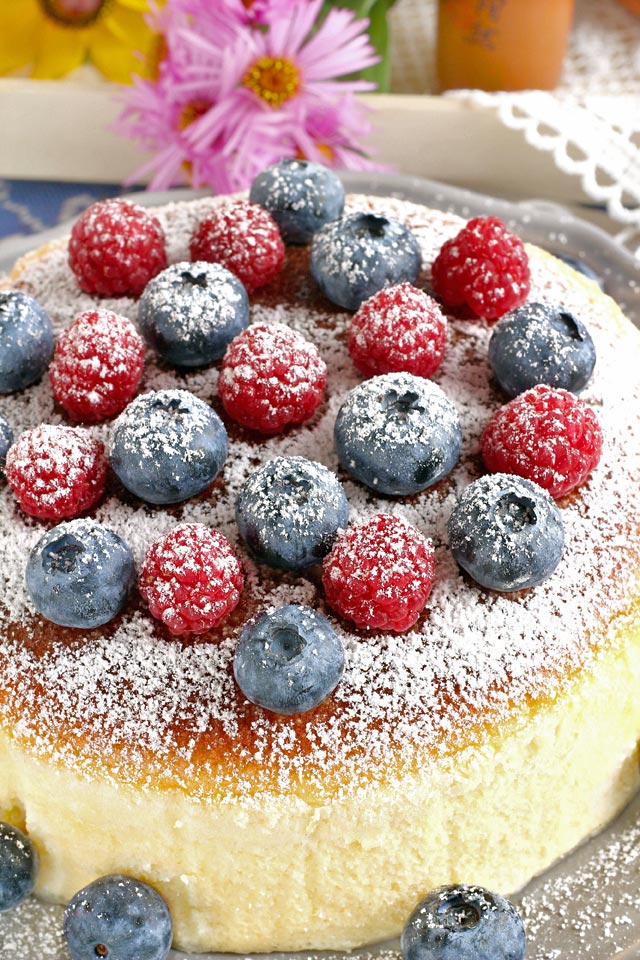 For the third cake (this one in the pictures), I beat the egg whites at only medium-high speed (never use high speed) until almost reaching soft peaks and stop there and baked the cheesecake at 200°C for 15 minutes then 150°C for another 15 minutes then turning off the oven and leave it there for another 30 minutes with the oven door closed and another 10 minutes with door open.

Below is a visual to show the stages of beating egg whites to make a meringue. Remember, we only want to get to the 3rd stage, the soft peaks. 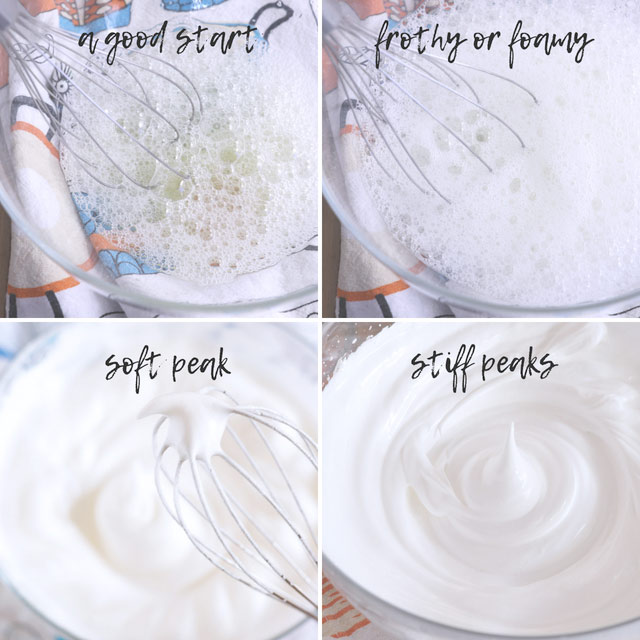 The result... a perfect dome with no wrinkles nor cracks. With this technique, the cake did rise but not as much as the first two times. Which is good...or bad...depending on how you like it I guess... I like to have the Japanese Cheesecake while it is still slightly warm. But it is equally good when chilled for at least 3 hours or overnight. 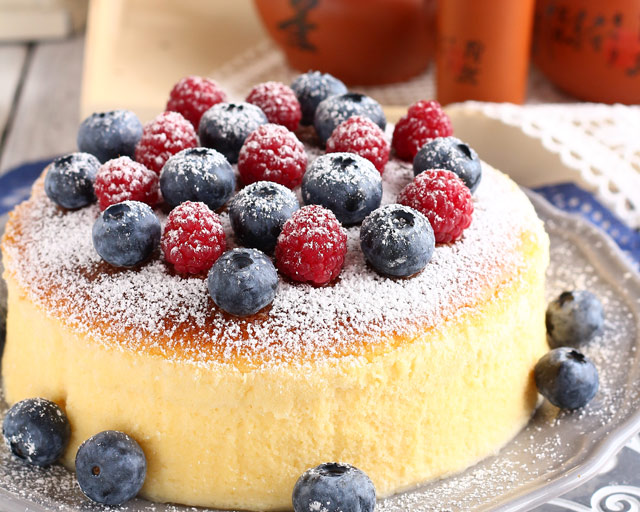 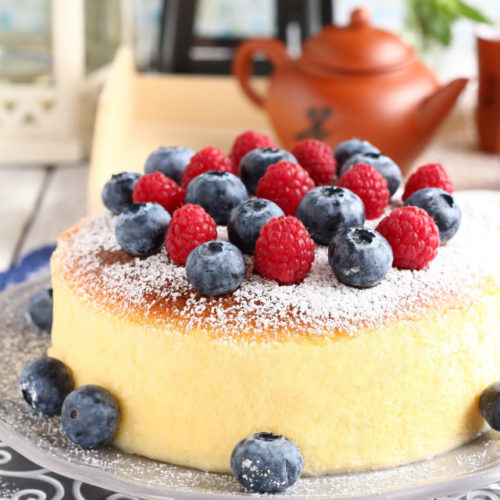