This Filipino chicken empanada is packed with flavorful filling of shredded chicken, potatoes, carrots, peas and raisins. Enclosed in a mildly sweet flaky pastry that is baked to golden crispy perfection.  Ideal for snacks, light meals or breakfast! 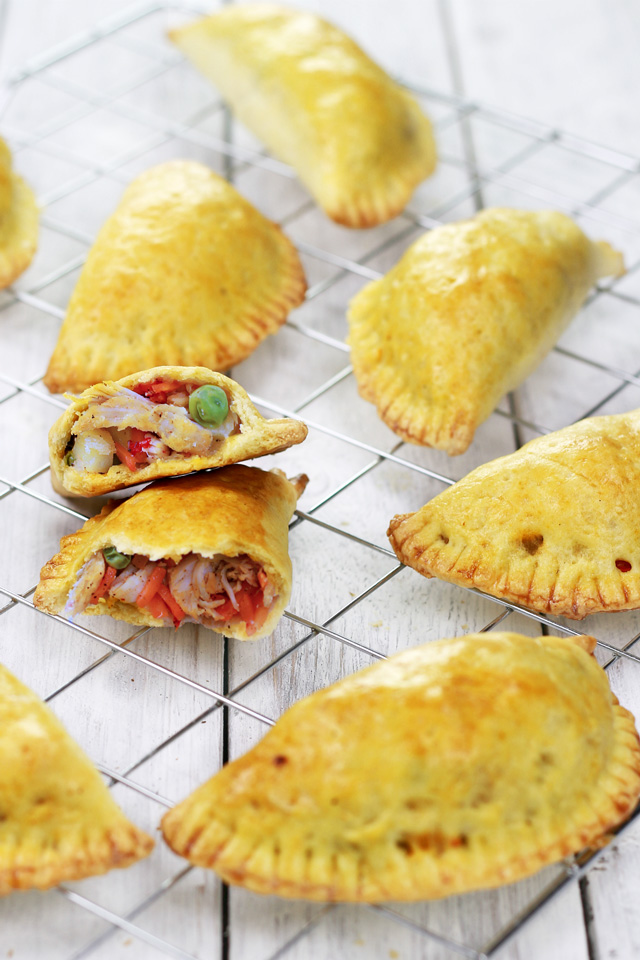 Empanada is a pastry turnover famous around the globe, especially in Latin and South America and, of course, in the Philippines. It is a half-moon shaped pastry made by folding the dough over the fillings.

Empanada’s fillings and flavor varies in each region and country but is stuffed, commonly, with meat—either ground pork, beef, or chicken—cheese, vegetables, potatoes, or corn.
It also ranges in size and can be either by fried or baked.

Variations of it can also be found in other cultures, such as Italian Calzone, Cornish Pasty, turnovers and Runza 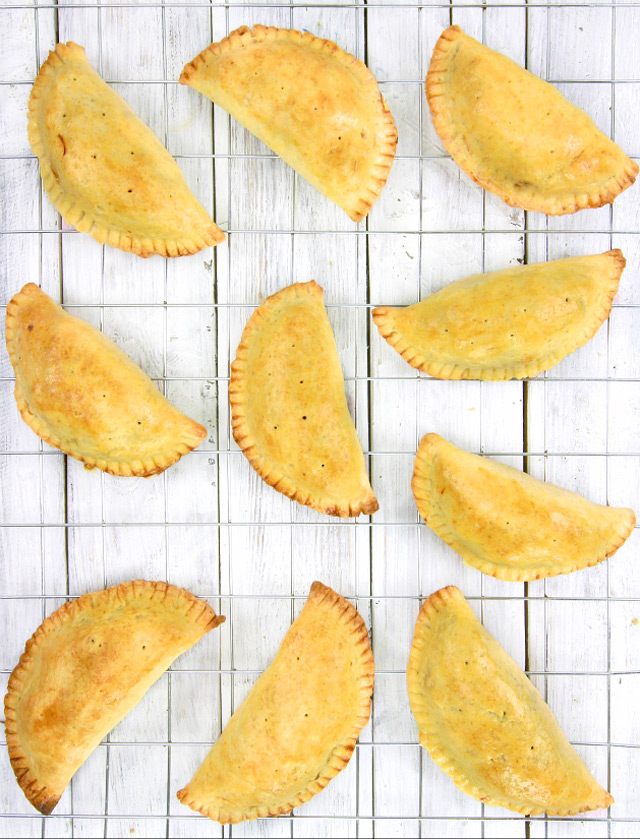 Where did Empanada originate?

Like any other cuisines, Empanada’s origin points to countless stories. Many countries claim that this pastry originated from them. To mention a few, these are Mexico, Argentina, and the Philippines where this treat is very popular.
It is believed, however, that Empanada has originated in Spain. The word Empanada was derived from the Spanish word “empanar” which translates to “to cover in pastry”—which exactly how this pastry is made. Empanada was mentioned as a Catalan recipe, as early as 1520, in a local cookbook called Libre del Coch written by Catalan chef Robert de Nola. 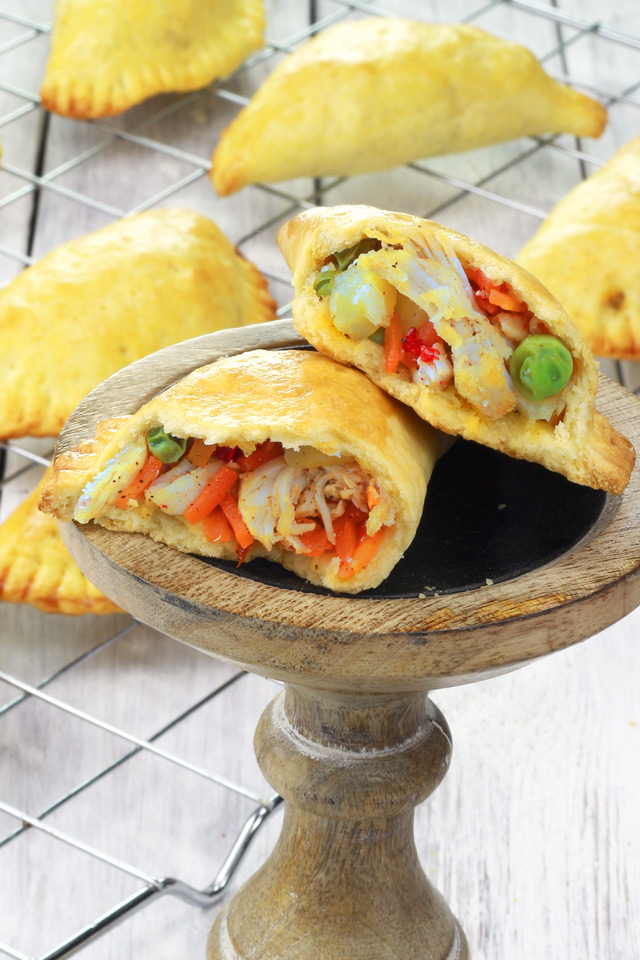 What other Filling can you use?

This stuffed bread or pastry treat was obviously introduced to the Philippines by the Spanish people in the early years. But the Filipino empanadas are also quite unique, using a slightly sweet empanada dough.

Filipino Empanadas have different kinds of fillings, among the most popular are ham and cheese,  ground pork or beef and chicken. But I am rather partial to Chicken Empanadas.

This recipe involves baking the empanadas as opposed to the traditional way of cooking them, which is by frying. And the empanada dough I used for it is just perfect--with flaky buttery texture, and it is just wonderful. 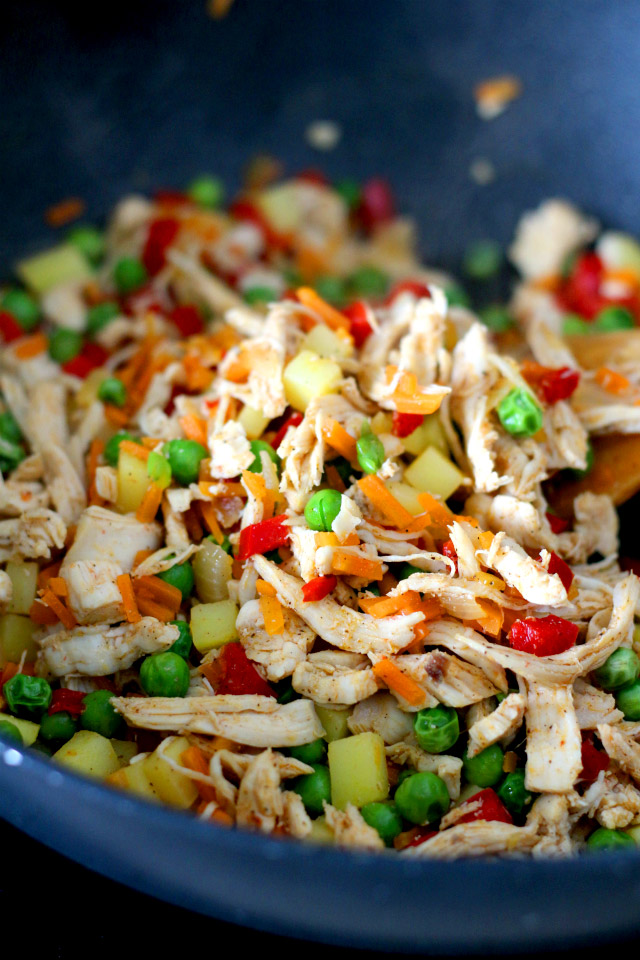 Normally, I would also add some raisins to the filling for my chicken empanada. But Armin's taste buds are (still) untrained for the sweet and salty combination in food. Like, I can't believe he does not like my fave chocolate bar with salted pretzels in it-- which is kind of great because it means more for me..😉 ! I am not sure if it is a German thing or it is probably just him! 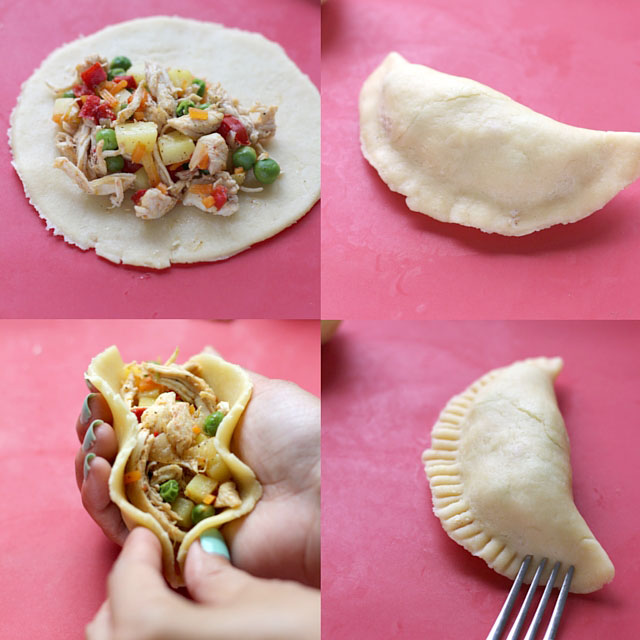 If you like this recipe, I would also suggest checking out our Jamaican Patties with spicy beef filling enclosed in a puff pastry. It is amazingly delicious!

But if you are looking for something sweet, then our Peach-Mango pocket pies are for you! 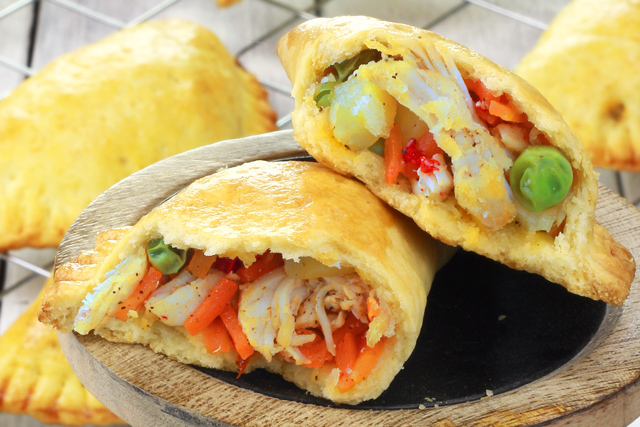 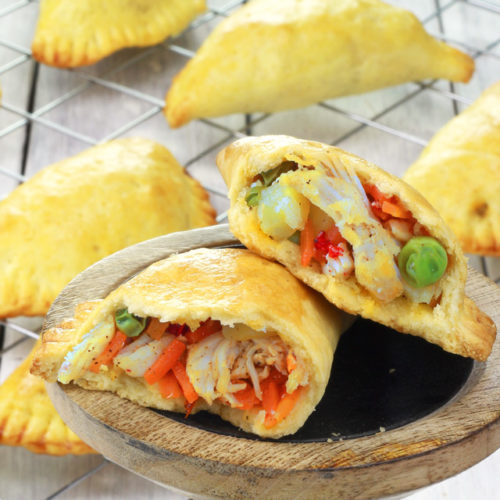 This recipe was originally published in June 2016. Updated on October 2019 to include new photos and notes. Recipe itself remains the same.