I've been writing about a lot of Filipino food in this blog and Armin was asking when will I write anything about German food?!  He is right, I have been a bit biased, so to be fair, we will have something German this time. As Germany is famous for its sausages, I thought to give homage to this delicious food by sharing this simple and easy recipe that is a popular dish not only in south Germany but in Austria and Switzerland as well, the Wurstsalat or literally Sausage Salad. 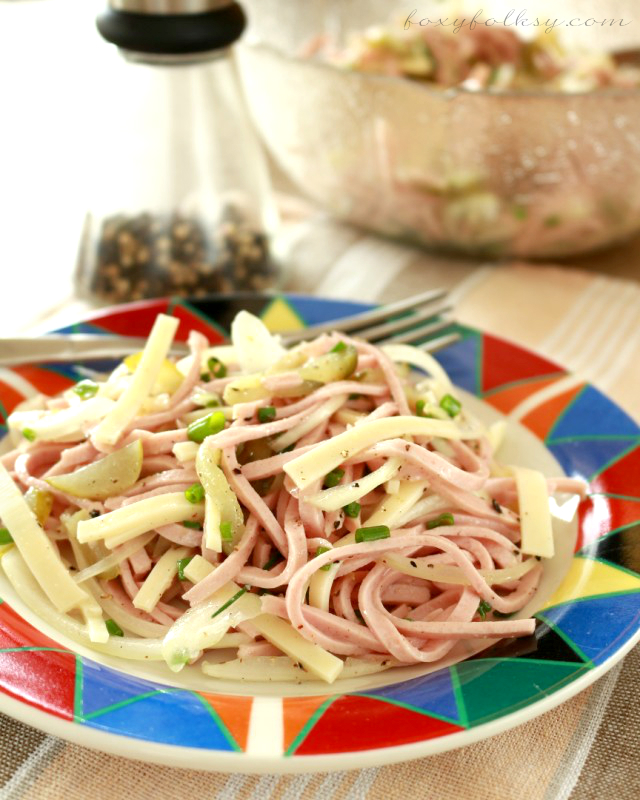 It is basically a type of sausage cut into julienne (long, thin) strips and then seasoned with vinegar, oil, pickles, onions. Cheese may also be added and it becomes Schweizer Wurstsalat (Swiss sausage salad). What kind of sausage to use? Well typically, the sort of boiled sausage like Lyoner, Regensburger, Stadtwurst or Fleischwurst/Extrawurst (German Bologna) are used.

Armin caught me cheating because I used a pack of already cut sausage which is easily found in the sausage section in any grocery or supermarket. Why complicate things if they can be simple...right? 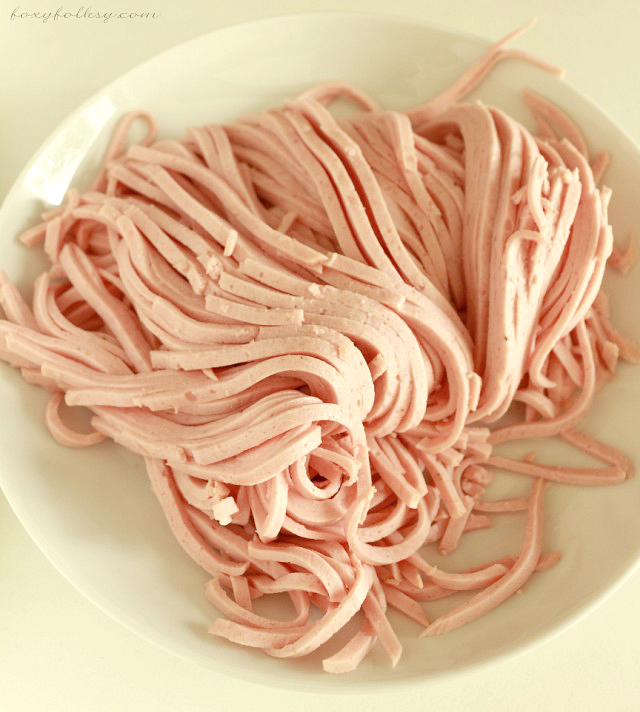 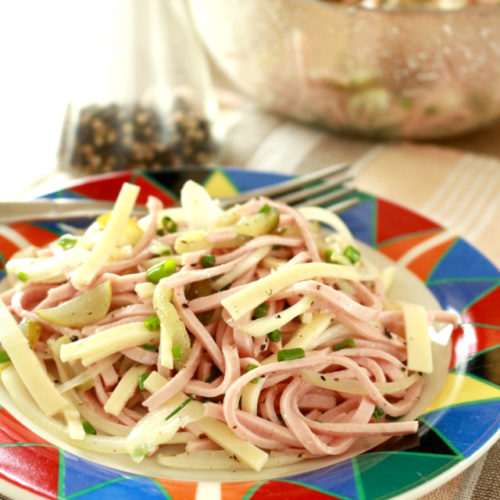 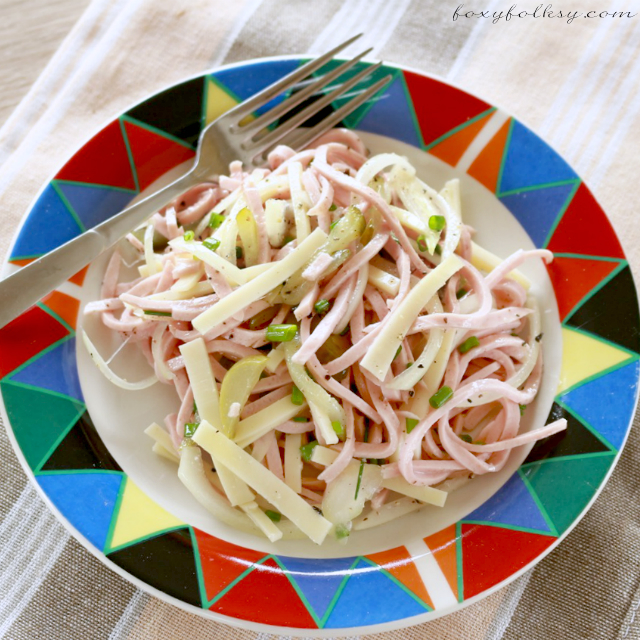 Wurstsalat is usually eaten with bread as 'Vesper' or light cold meal for supper, which is a common practice in many families in Germany. Most of the time it would be cold cuts, bread and cheeses, of course, there would be butter and sometimes tomatoes and pickles.

« Basil Pesto Pasta with Scallops
HOW TO GROW TOMATOES IN POTS »