This soft and chewy baked doughnuts use yeast to rise and are baked without using doughnut pan. A healthier version than the deep fried doughnuts that you will surely love. 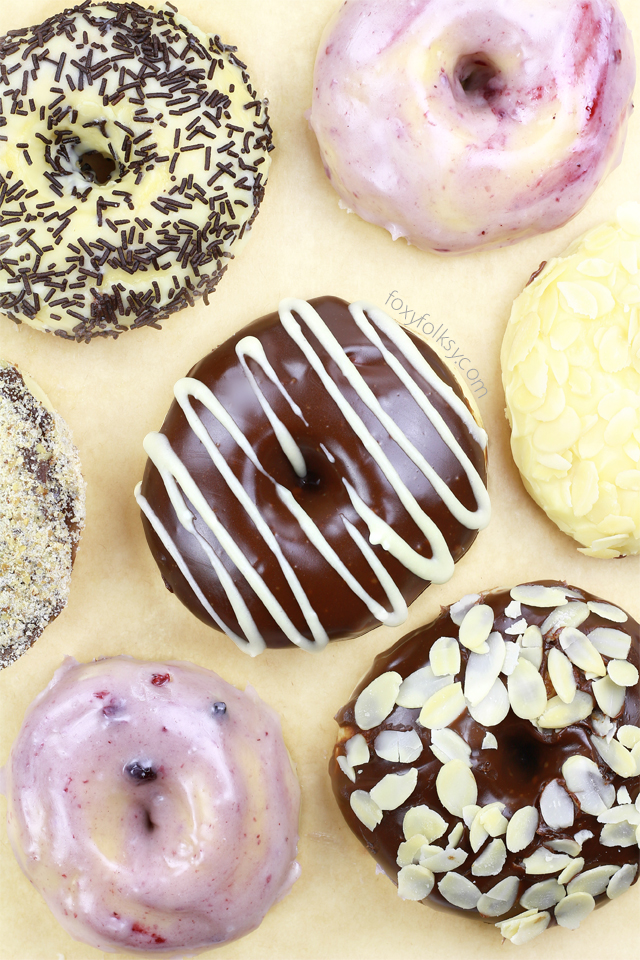 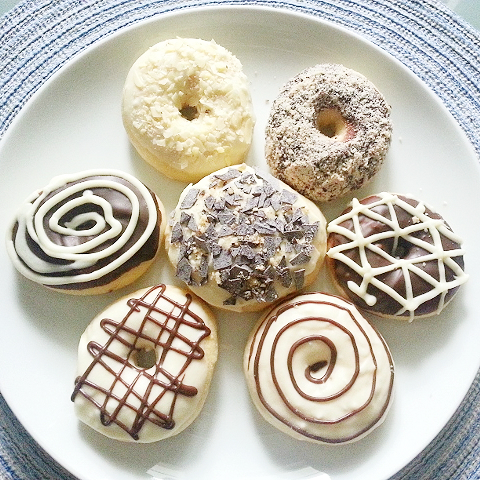 Who doesn't like doughnuts? I believe everyone love them. In the Philippines, there is a constant craze for doughnuts and I have seen people queue up in really long lines to buy boxes of them. But here in Germany, or at least in the area where we live, you are lucky if you happen to chance upon some in the groceries or bakeries. They have their own version of it though, the "Berliner", only difference is they do not have holes. They are also deep-fried and usually filled inside with jam or marmalade and covered with powdered sugar.

Late last year, I was really missing and craving for doughnuts but I knew I have to make them myself. So I searched the internet for recipes looking for the best (in my humble opinion) there is. But then I came across one that says baked doughnuts. Imagine that! So I do not have to fry them? That would be great, right? Healthier or at least less fat and not to mention greasy or oily. But as I go on reading through the recipe, I learned that it requires a doughnut pan which, of course, I do not have (yet), that was disappointing, right!. But now I am more determined and..Alas!..with some hard work and perseverance I finally found a recipe for baked doughnuts without using doughnut pan, this is what I found when I refined my search to 'rolled and baked' doughnuts, a recipe from Mel's Kitchen Cafe. 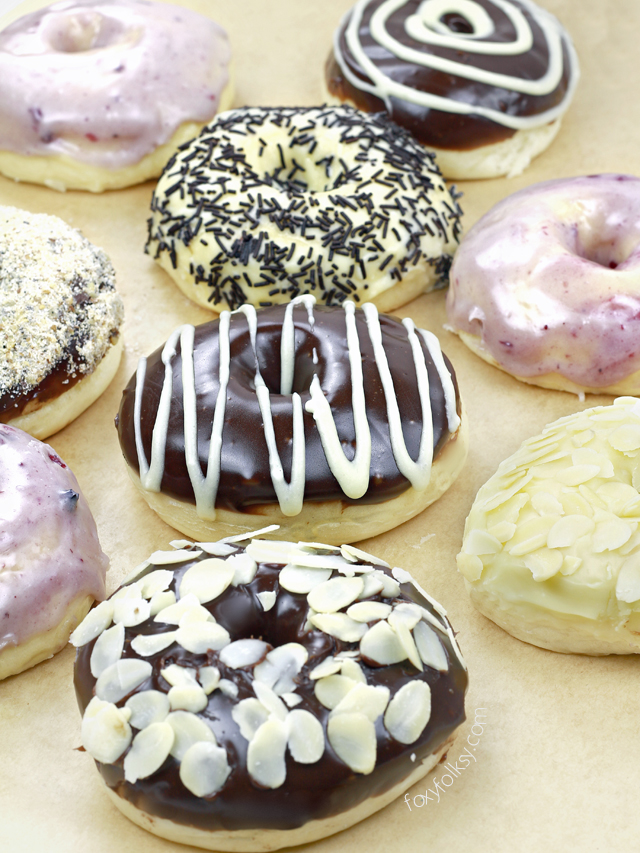 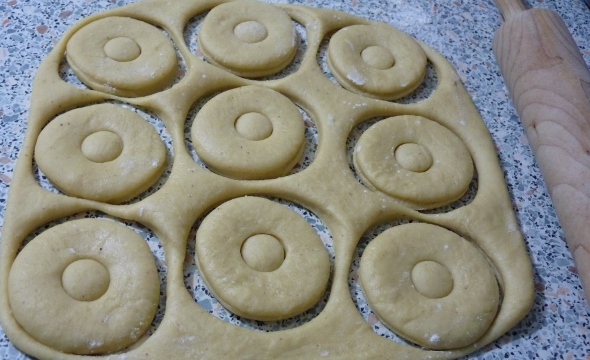 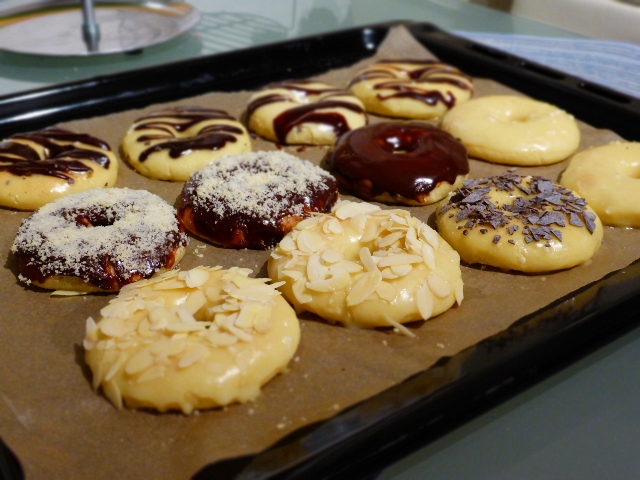 I already made doughnuts with her recipe several times and they really taste so good. I usually just make the half by dividing most of the ingredients into two. Later on, as I got braver, I tried adding a bit of this and that. I also like my doughnuts to have chocolate frosting and other toppings. Original recipe from Mel uses butter, sugar, and cinnamon as a topping, which is more simple to do but equally good and my husband is crazy about them. 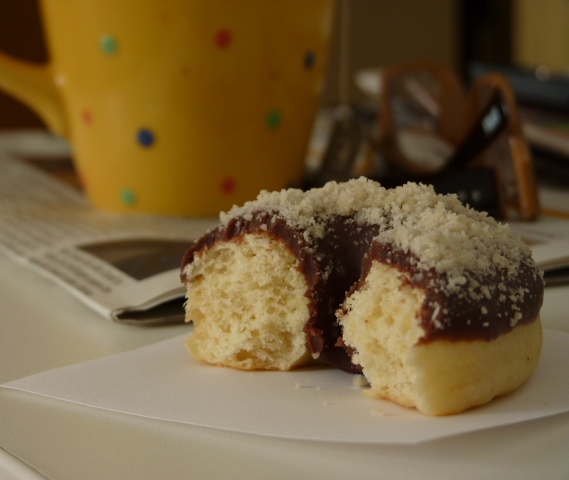 I have updated the recipe and change the method a bit as some people are having difficulty with getting the dough to rise. I also learned that sometimes the dough would rise faster while at other times it takes longer, but it does pay to be patient. It may take another hour or so but just wait that the dough has doubled its size on both rising times. Unless of course, the yeast used no longer works. Another reason that the dough will not rise well is too less kneading. 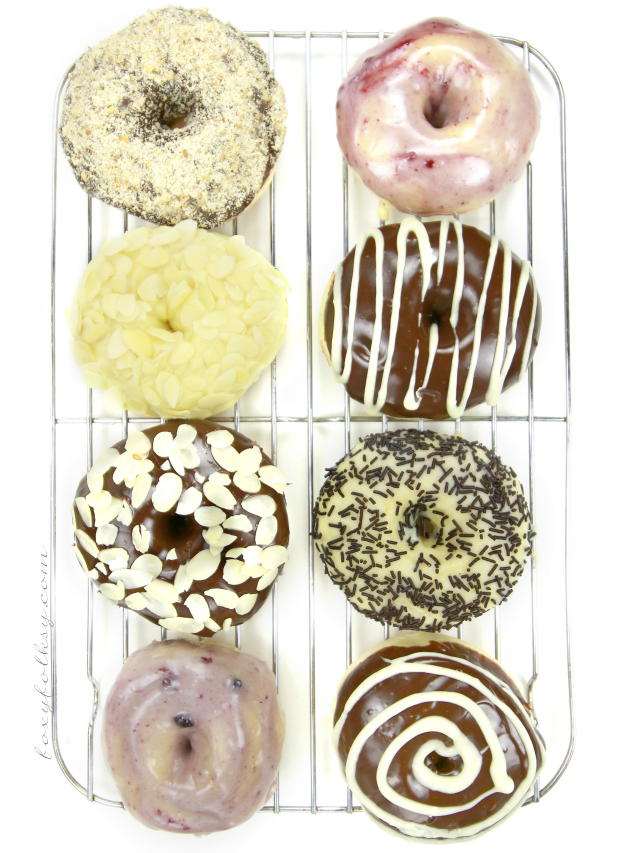 Tips for those who have problems getting their dough to rise.

Here are some useful tips shared by our readers who have tried this recipe. (Thanks Ret) 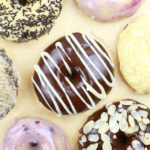 3.79 from 19 votes
This soft and chewy baked doughnuts use yeast to rise and are baked without using doughnut pan. A healthier version than the deep fried doughnuts that you will surely love.
Prep Time: 2 hrs
Cook Time: 10 mins
Total Time: 2 hrs 10 mins
Course :Dessert
Servings =12
Print Recipe Rate this Recipe

For the Sugar-Cinnamon Topping, you will need:

Once the doughnuts are cool enough to handle, dip them in the melted butter and then toss them in the sugar-cinnamon mix. Best served while warm. 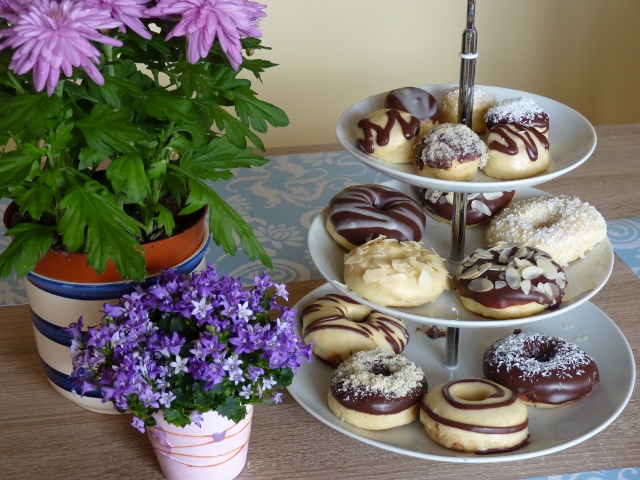