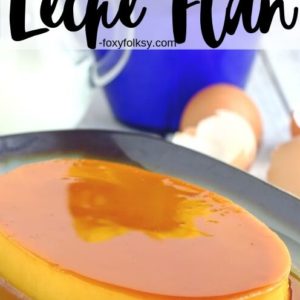 This classic Leche Flan is creamy and rich made from egg yolks and milk. Learn the secret to making a very smooth and silky leche flan you could ever make. 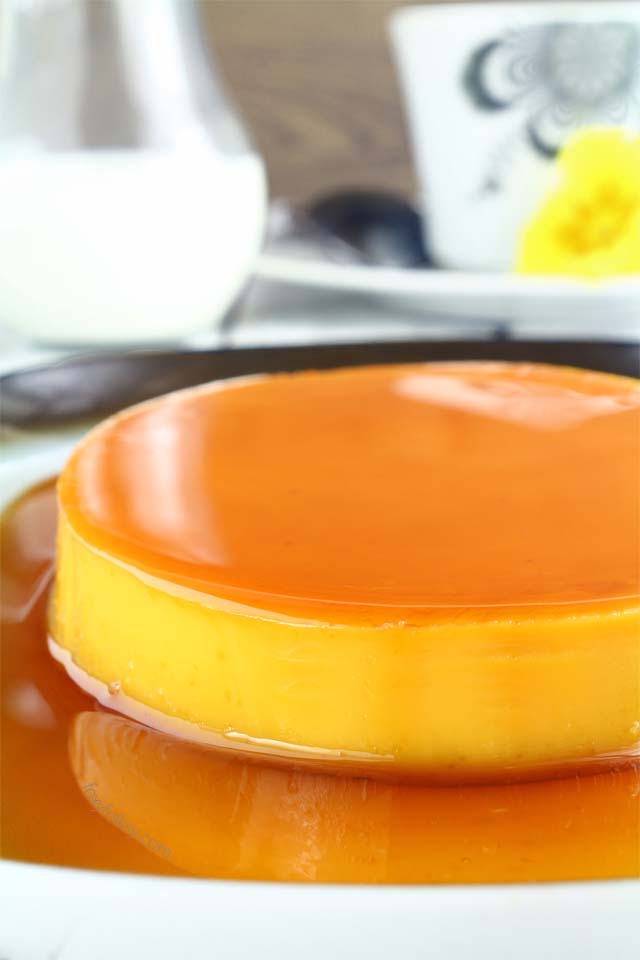 What is Leche Flan?

Leche Flan or what is known as Spanish Flan outside the Philippines is a traditional Filipino dessert made of evaporated milk, condensed milk, and egg yolks. It also has a layer of caramelized sugar that turns into syrup after cooking them together.

It is commonly served as dessert at Fiestas, holidays and other special occasions. Aside from the basic ingredients, it is also normally flavored with vanilla and key lime zest.

Is it the same as crème caramel? The short answer is yes. They are very similar and look exactly the same. However, most crème caramel recipes call for the addition of cream, Filipino Leche Flan does not. The latter also uses condensed milk instead of just sugar. The Leche flan is richer while crème caramel has a lighter texture. 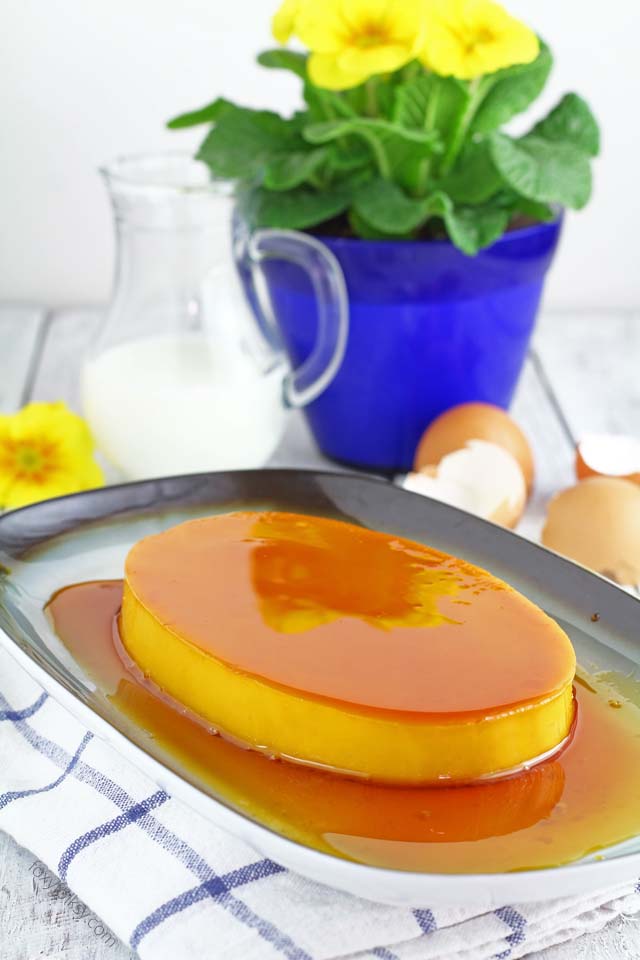 Being the eldest daughter, I was taught early to help in the kitchen. This recipe of Leche Flan was the very first dessert I learned and was taught to me by my Lola (grandma) when I was only ten or so.

The most important thing I remembered because she was very specific about it, is that I am not to make any bubbles while stirring the mixture to get that flawless texture. I also remembered how much my arms—yes both of them, and shoulders hurt from all that slow stirring until all the sugar has completely dissolved. We do big batches at this time.

Good thing I do not have to do this manually these days. I let my stand mixer do all the work and I also have a neat trick up my sleeves.

Well, it is not really so much of a trick, I only use a sieve or strainer to remove the stubborn pieces that take ages to melt.

I hope my Lola, bless her soul, is not frowning at me when she sees me doing this. (Yikes!) But I am sure she would understand. 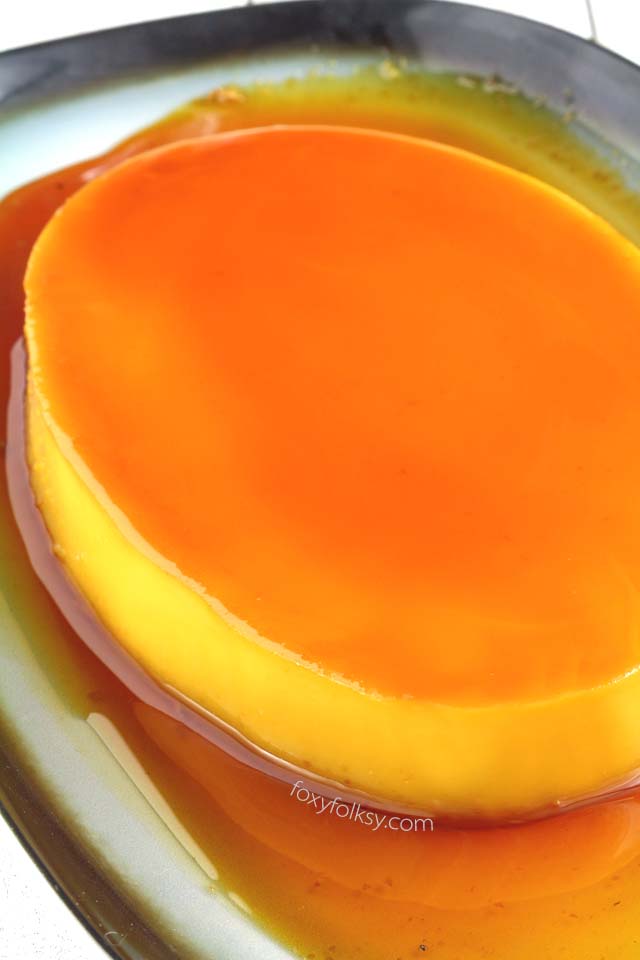 How to cook Leche Flan?

The traditional way to cook leche flan is to steam it using a steamer. But nowadays, it is also common to bake it in the oven using bain-marie or a water bath. Rice cooker can also be used as a steamer.

The secret to a creamy and smooth Leche Flan

I will let you in a secret I learned to have a perfectly smooth and bubble-free Leche Flan like this one. 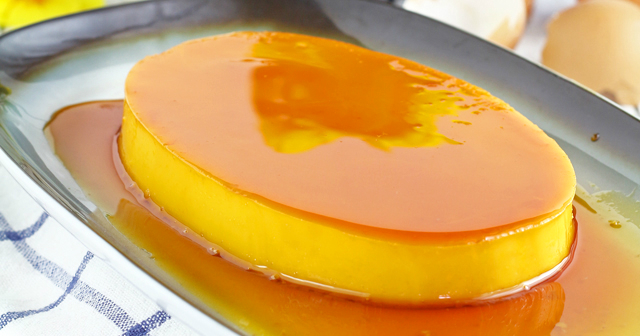 You may also be interested in trying my Puto Flan recipe. Combining two well-loved Filipino desserts in one, the Puto and Leche Flan. 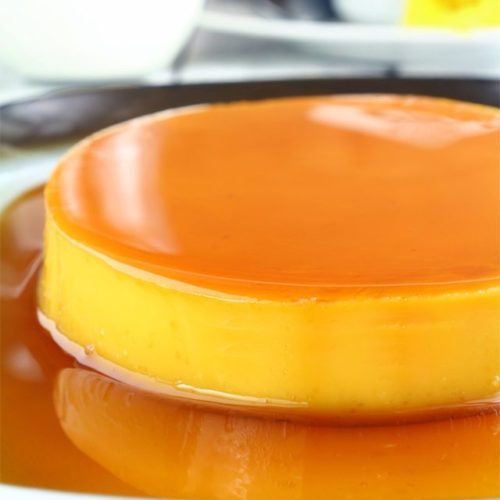 They may also be steamed like the traditional way but it might not be as smooth. This recipe make 3 medium-size llanera or 2 large ones. To make just 1 llanera use the following ingredients:
4 egg yolks
⅓ cup evaporated milk
⅓ cup condensed milk
¼ tsp vanilla extract
¼ tsp lime zest (optional) If you do not have a llanera, you can also use a round aluminum mold.