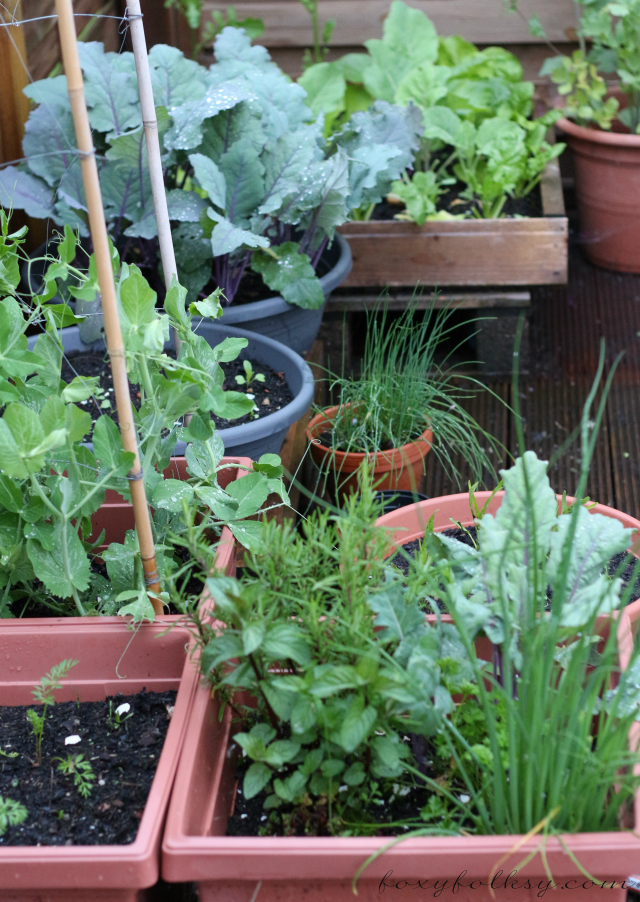 It's been a year since I wrote  my last post about container gardening and about my very own container garden. The last one was about making your own inexpensive planter box using pallets.  And if you read that post you will see how successful it was from the updates I shared last year while growing various vegetables and herbs in it.

It has been a source of joy seeing my babies grow and bear fruits and crops. They supplied us with fresh and delectable produce almost all year round last year. Now, on its second year, my planter box continues to do its job really well. I tried planting different kinds of vegetables and they seemed be happy and content to be there, small space, little soil and all. So now I would like to share the list of easy vegetables to grow in pots or containers and I have personally grown successfully in my container garden so far.

EASY TO GROW VEGETABLES IN CONTAINERS

In the spring, as early as March to April, I started to sow seeds directly to the planter box and containers of the following plants:

Red radish and  white radish- Radishes are my favorite to plant as they are really fast growers. 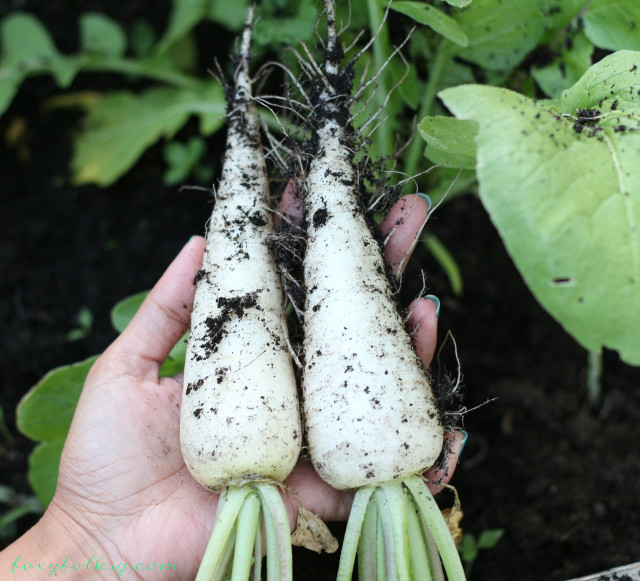 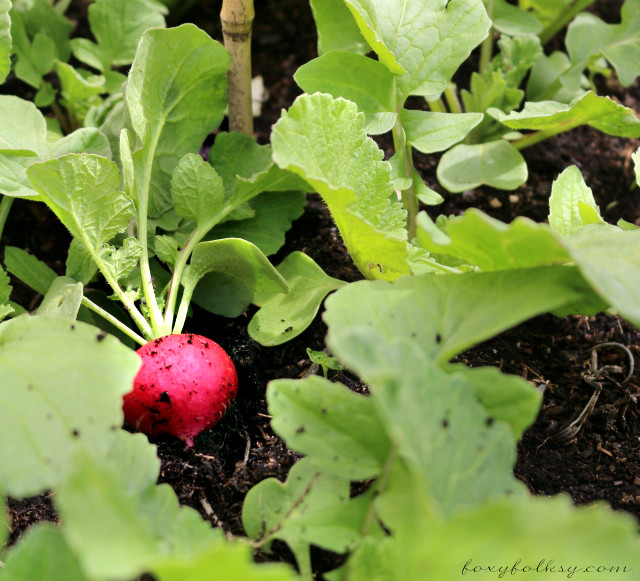 Spinach -next to radish,  spinach are really fast growers and easy to plant requiring little caring. 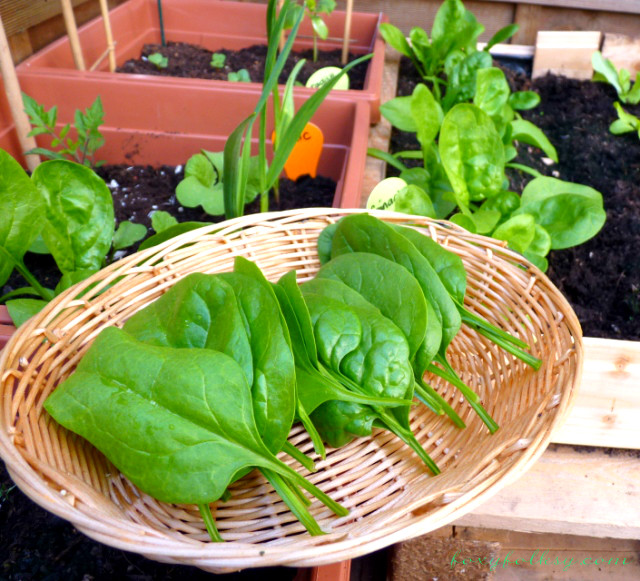 Rucola or Arugula. I harvested these the other day. They were also planted from seeds and grew quickly like the spinach. 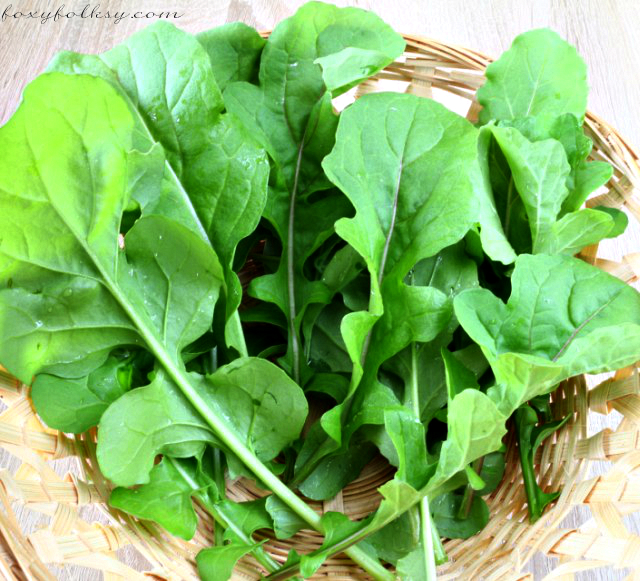 Green Pak choi - I do not have other photo from my pak choi aside from this one because I was too eager that we cooked and ate the first batch forgetting to take photos before. They were also planted from a pack of seeds I bought when I was in the Philippines last January and they grew up so fast. With this one, you can see I already took some of the leaves but now it is starting to flower because of the crazy weather we had this past weeks. I planted a new batch, also from seeds and they have already sprouted. Hopefully, I will be able to post a photo of that once they get bigger. 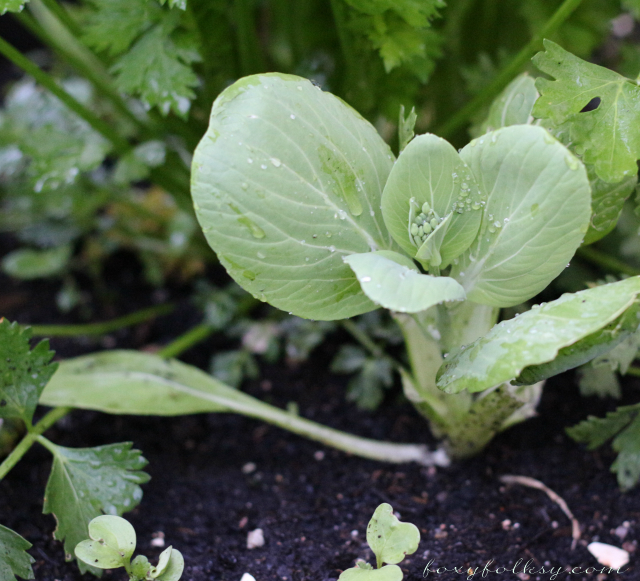 Mustard greens or 'mustasa' as we call it in the Philippines, surprisingly likes it in Germany as well, who would have thought! 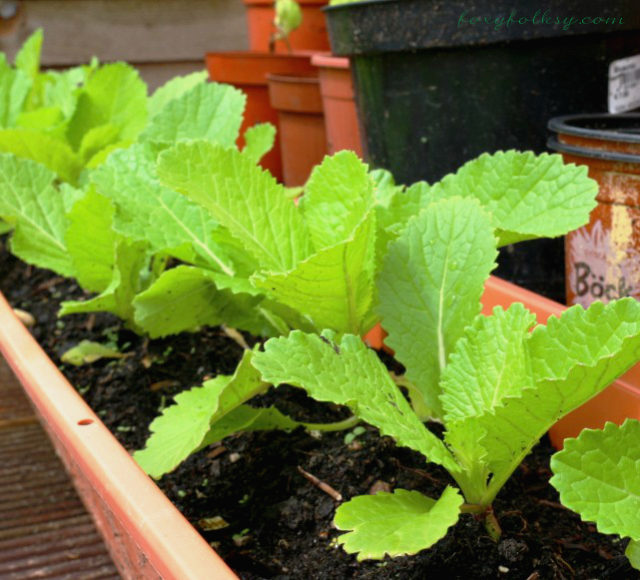 Garden lettuce - I also planted garden lettuce last year and although it does not mature as fast as, say spinach, it is still one of the easiest salad vegetables to grow. 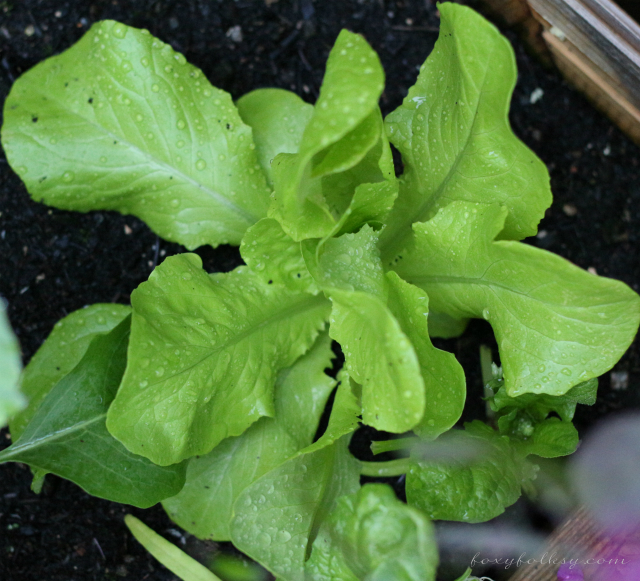 Chinese Kale - I also got the seeds from the Philippines but they easily grew here when I planted them with minimal care requirements at all. Still a bit too young to harvest at this point, I think, but soon! 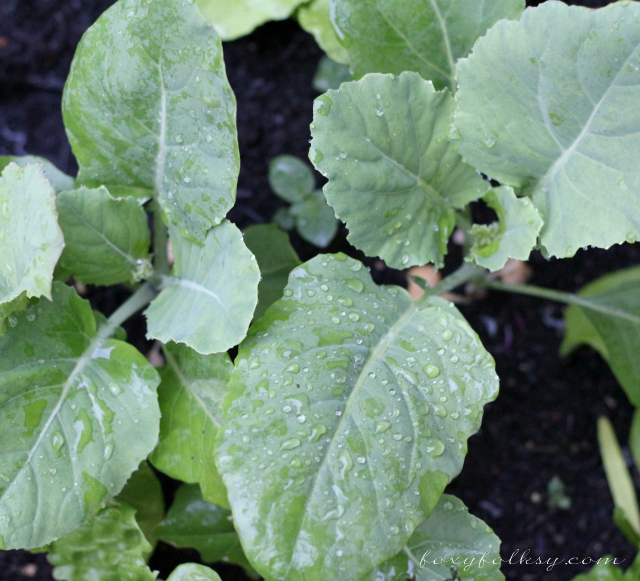 Kohlrabi or german turnip - I got these  purple kohlrabi as seedlings from OBI, a popular DIY hardware/garden store in Germany, last March. Look at them now, so leafy and healthy and the stems are starting swell. 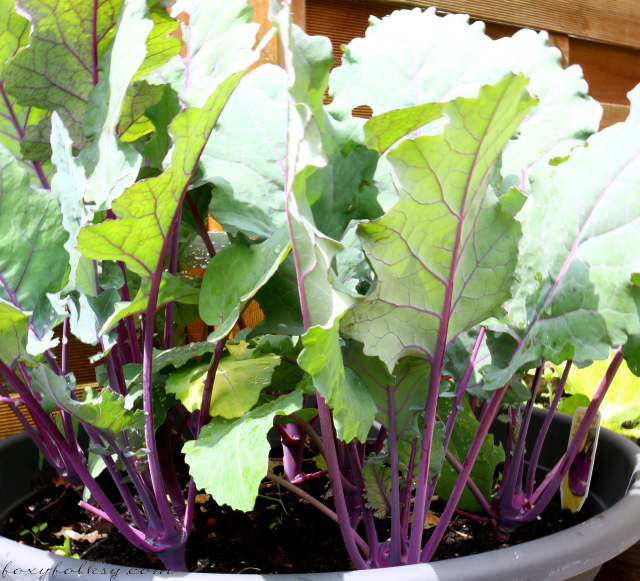 Here are the plants that were planted last year and survived even the harsh winter we had.

Parsley. This parsley was actually what was left from a potted plant I bought in our local supermarket. After having consumed all the leaves and all that was left was the roots and some stems, I thought to replant it in my box and it has been rewarding me with healthy flavorful parsley until the winter came. But it as you can see it came back this spring looking happy. 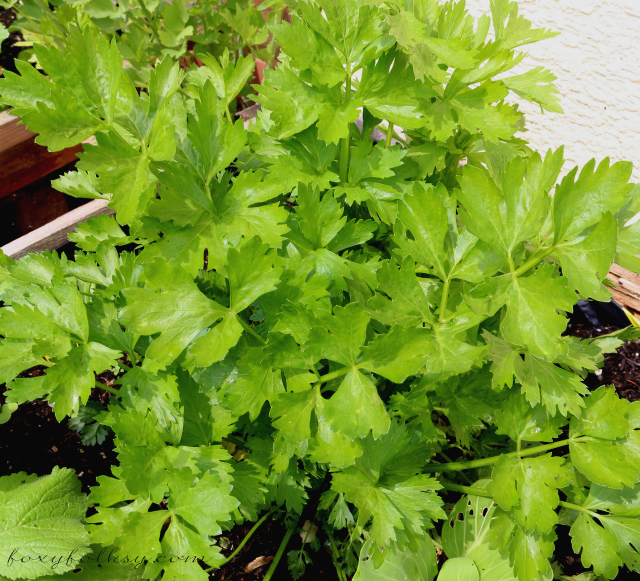 Garlic - I planted these garlics late last year and they are really winter hardy. They were the garlic cloves from our kitchen that were starting to sprout so I though, why not give it a try, here are they now. 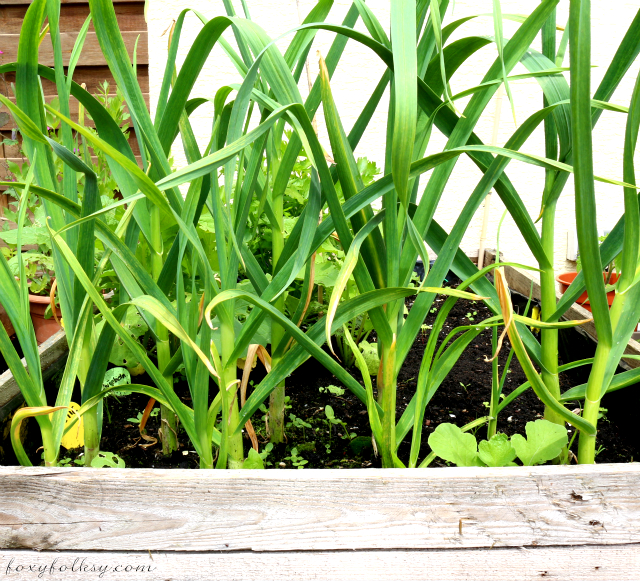 Mint - I replanted the left-overs from a potted plant that was bought in the grocery like the parsley, given to me by a friend last year at summer, she told me to just leave it on the box during winter and it will  re-emerge at spring, which it exactly did as you can see. 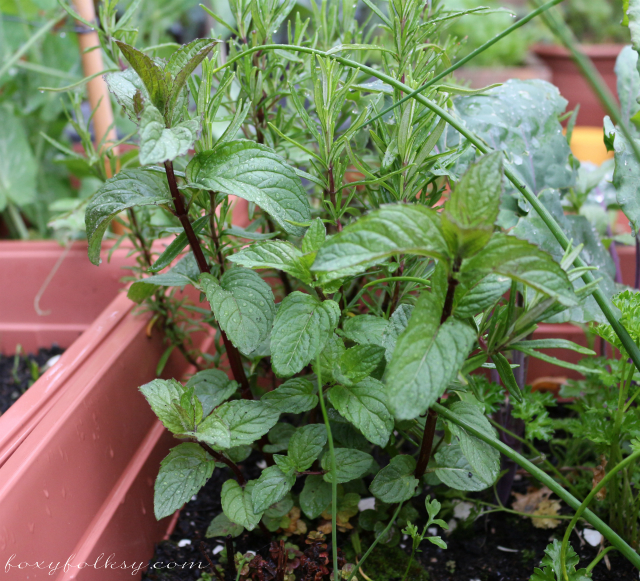 Chives - same with the mint and parsley, they survived the winter even when they were planted in a container or pot. 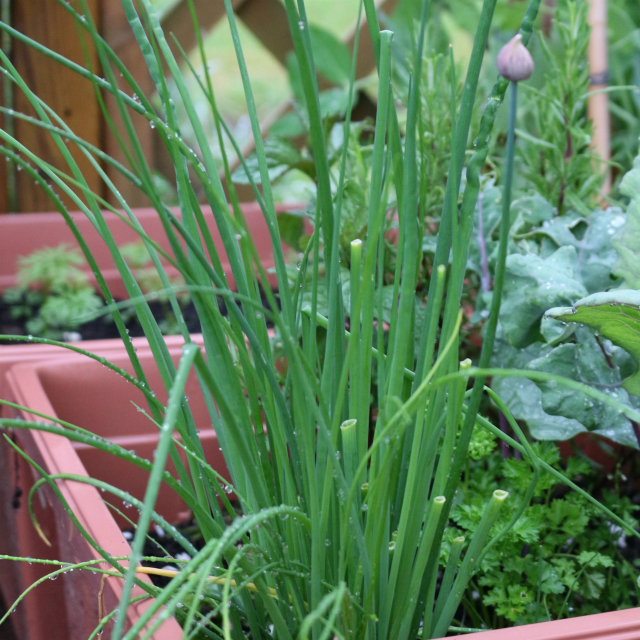 Rosemary - I had a robust rosemary last year but sadly it did not survive past spring this year, but that could be because I neglected to water it after the snow was gone. We will see how it will go with this one. 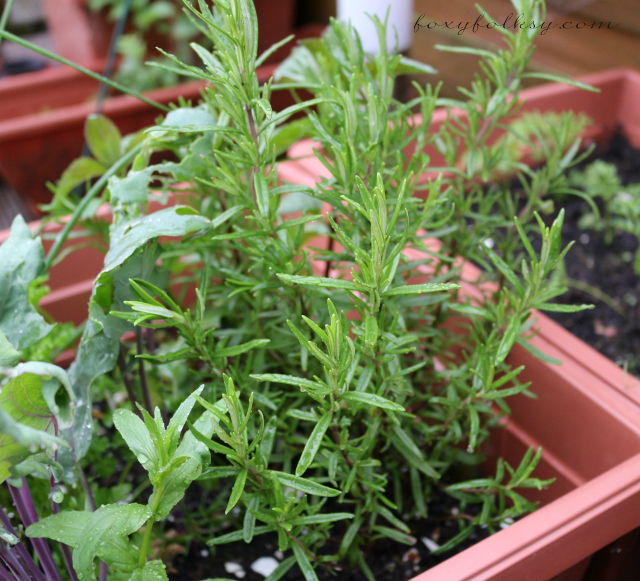 Here are plants that I planted from seeds but germinated and grown into seedlings indoors while the weather was still too cold and later transferred to the planter box when it was warm enough: bush tomatoes, bell peppers and chili peppers. The basil plants, however, I usually buy potted from the grocery/supermarkets and I separate and replant individually. 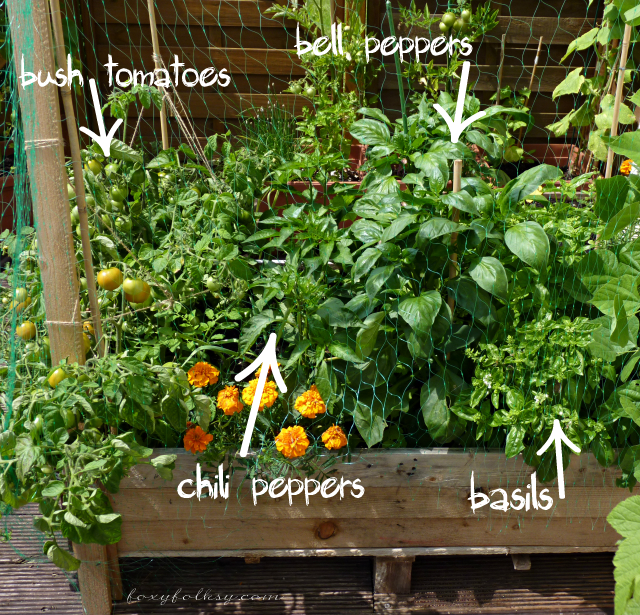 And guess what! It is true, potatoes can also be grown in pots! 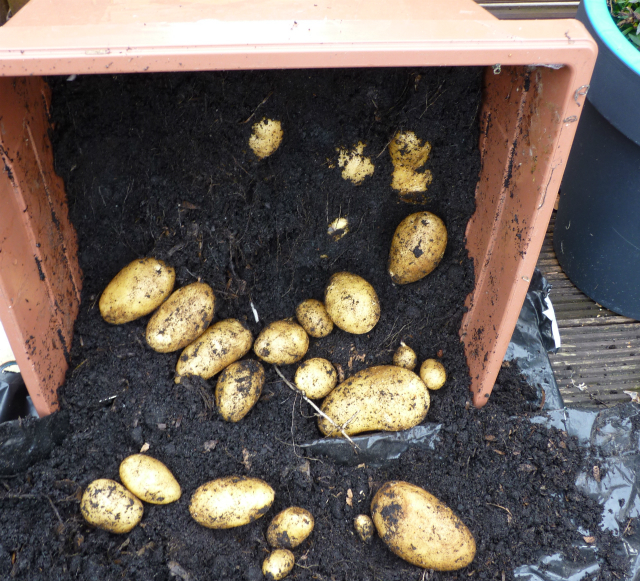 I am also trying to grow other vegetables at the moment and hopefully they will also be successful like the ones above, so we will see...will keep you posted! 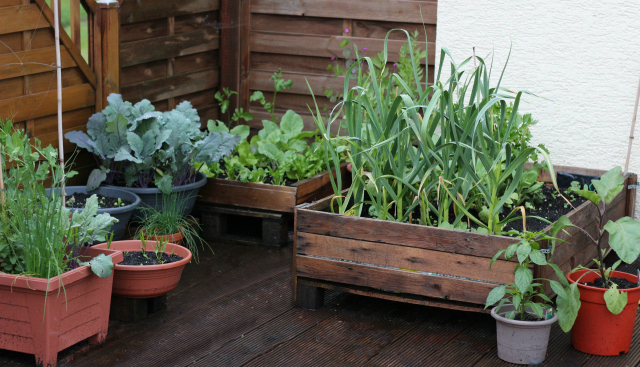 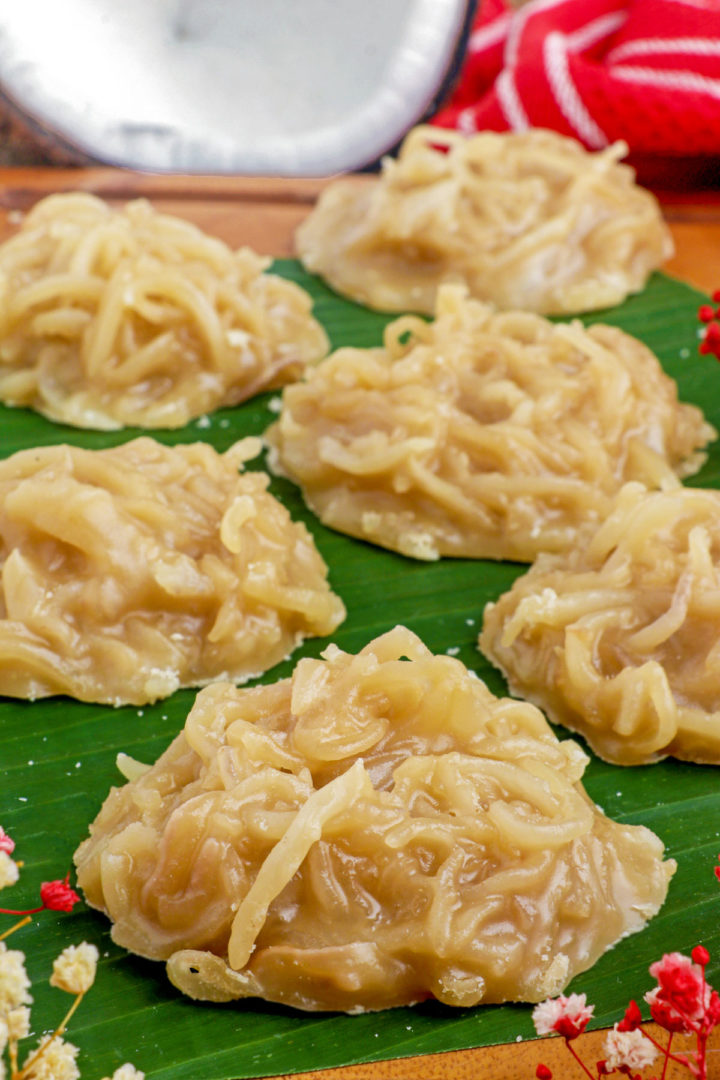 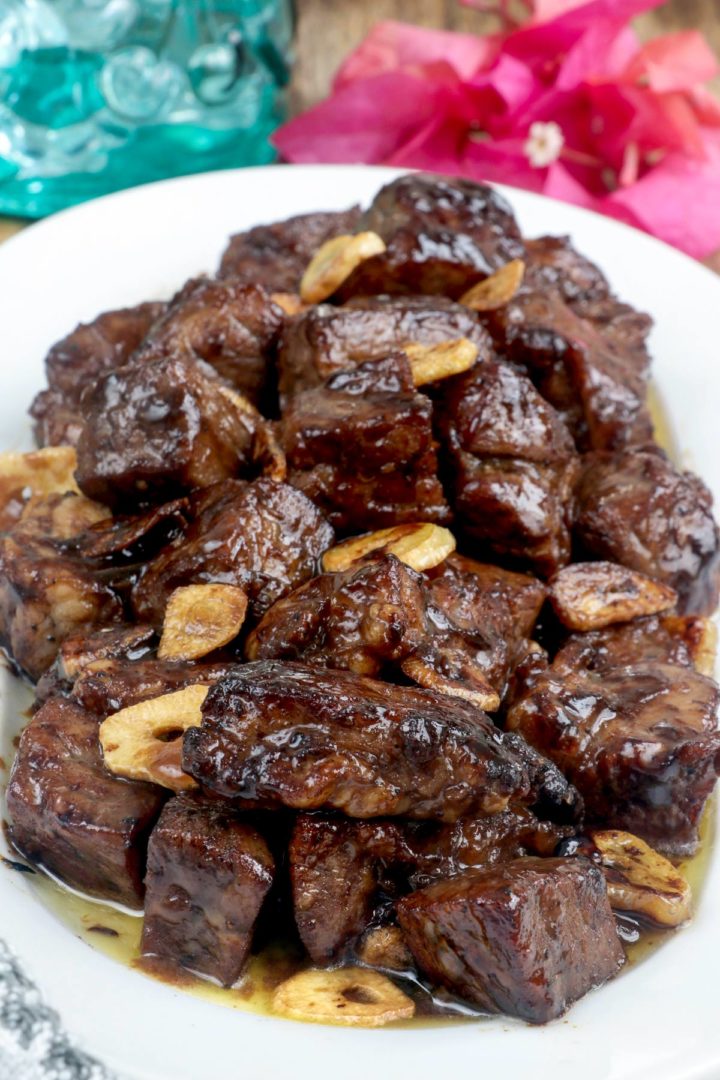 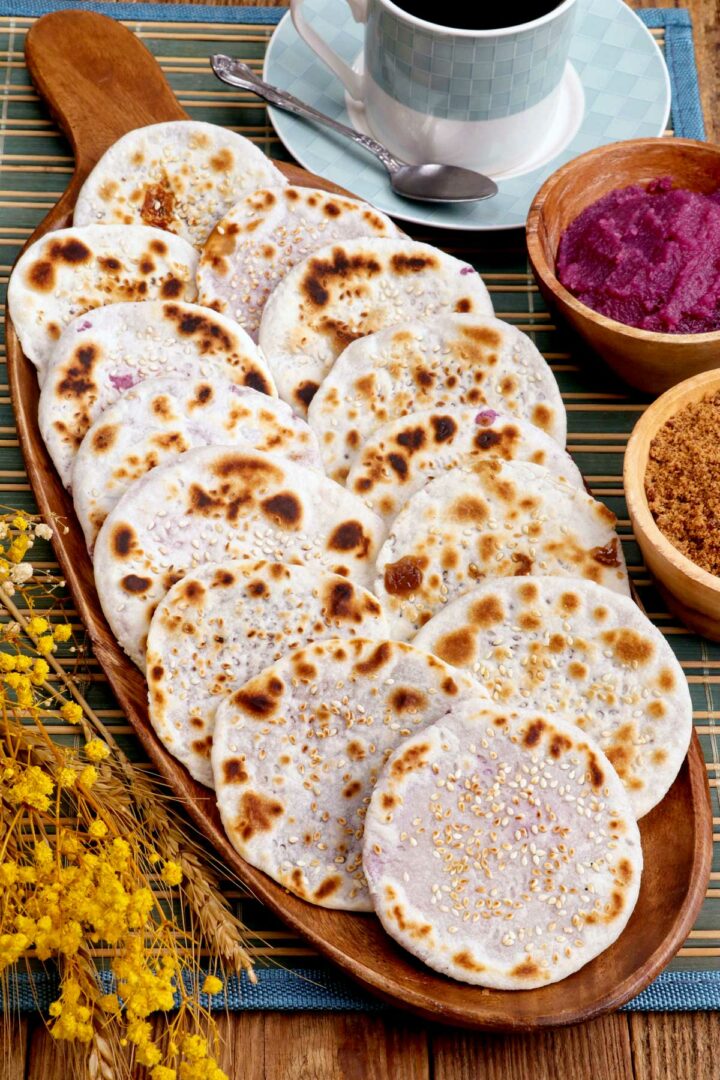 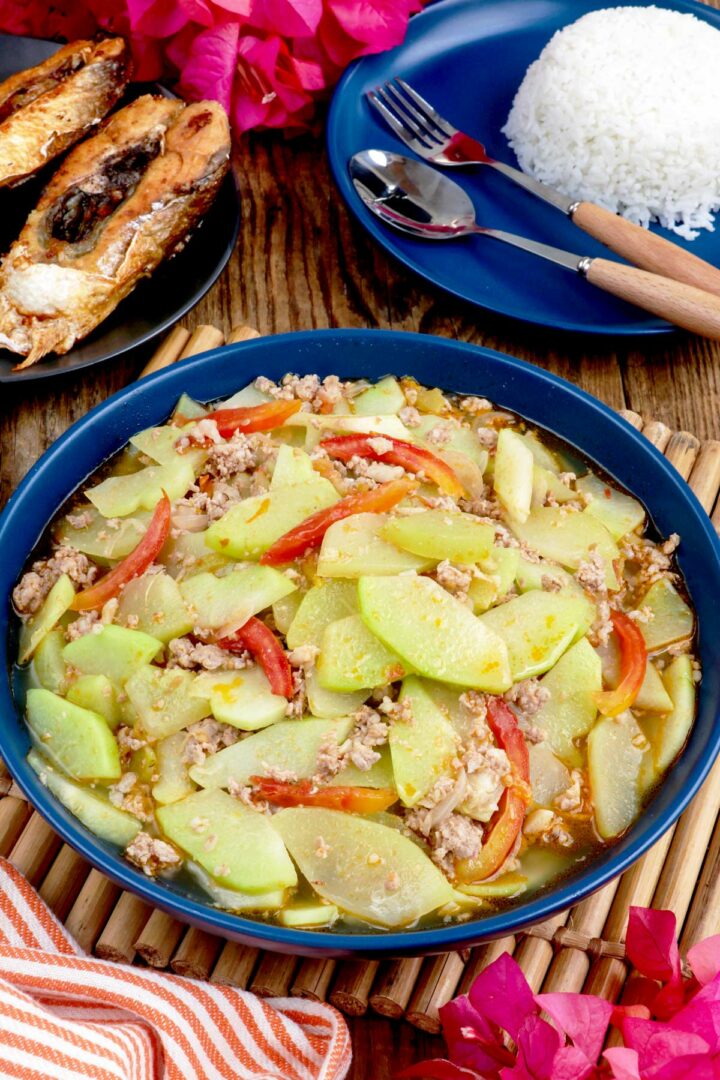 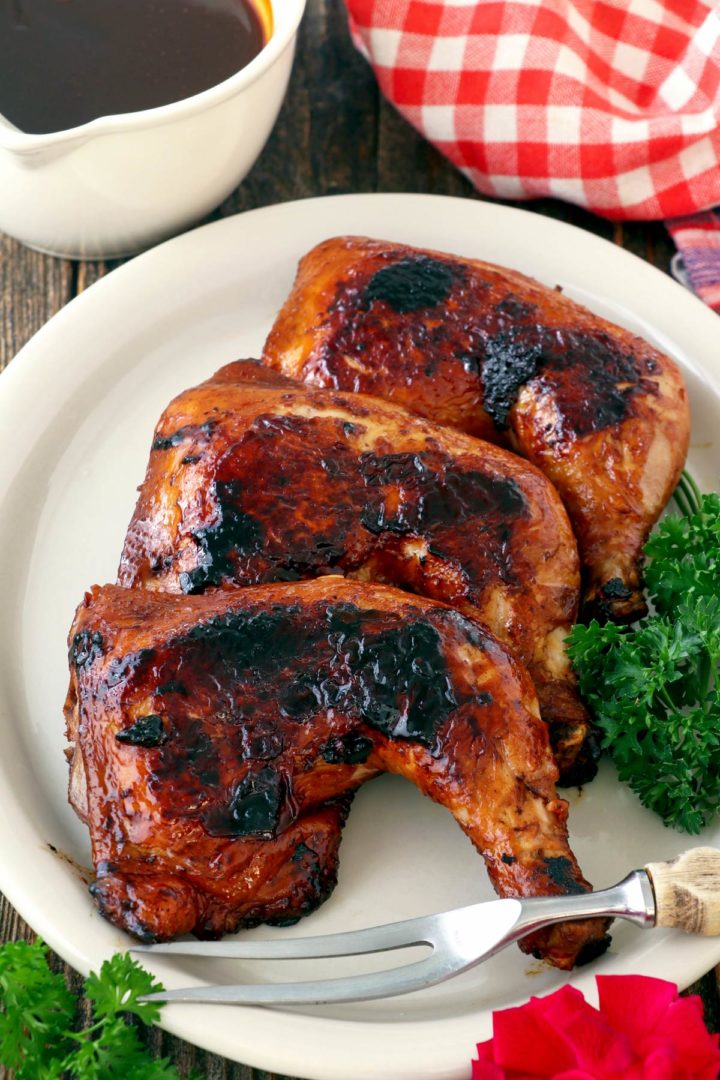