Kutsinta or Puto Cuchinta is a native Filipino delicacy snack that are small steamed sticky rice cakes. A simple and healthier snack alternative. 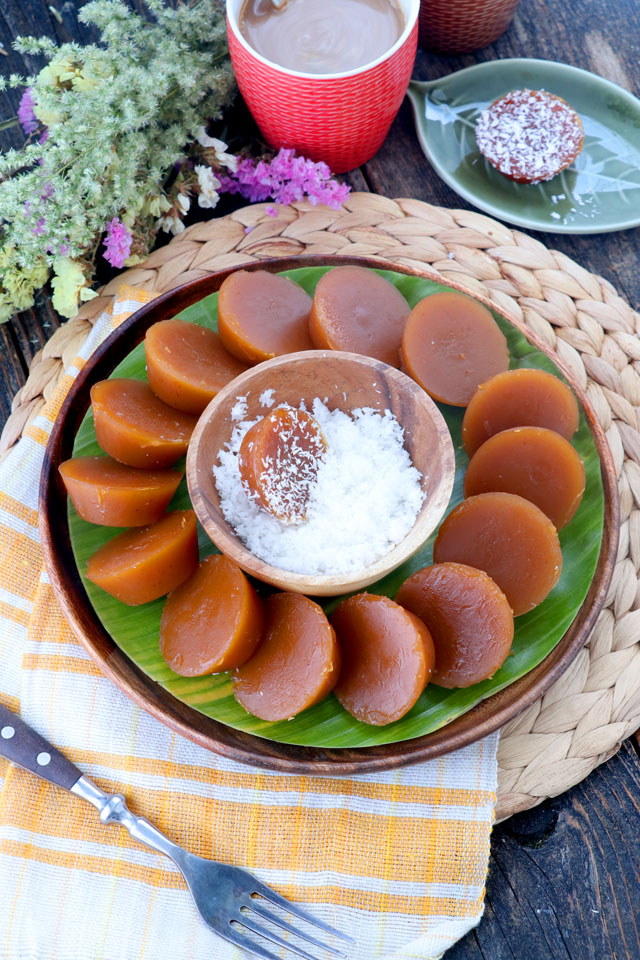 Kutsinta is a native sweet Filipino snack that are made by steaming sticky rice. It is brown or reddish in color because it is sweetened with brown sugar that is further enhanced using annatto or achuete. It is usually eaten with grated coconut.

I remember when I was a kid, I would wake up to the sound of a peddler howling in the streets, early in the morning to sell his Puto and kutsinta for breakfast. I think the two are really inseparable tandem, you will always see them sold or served next to each other. 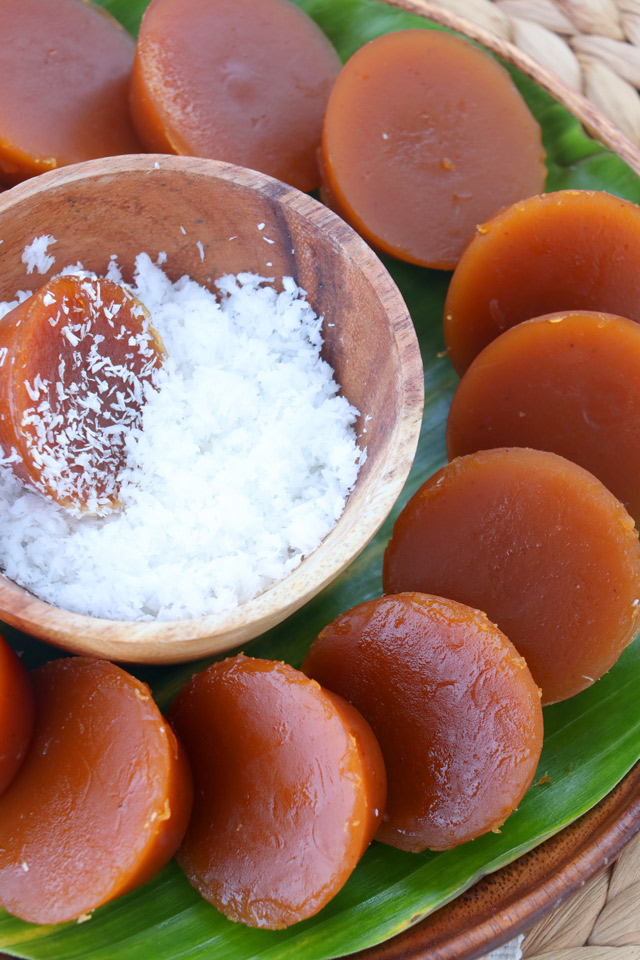 But between the two, I especially like the kutsinta more. I really enjoyed eating it with grated coconut before going to school and they are quite filling.

Now that I think of it, it is kind of funny and amazing how both puto and kutsinta are traditionally made from rice, but came out to be so different.

They are also both steamed, but puto is made from regular sweet rice while kutsinta from glutinous or sticky rice. One thing they share in common is that they are both delicious and make great snacks or breakfast. 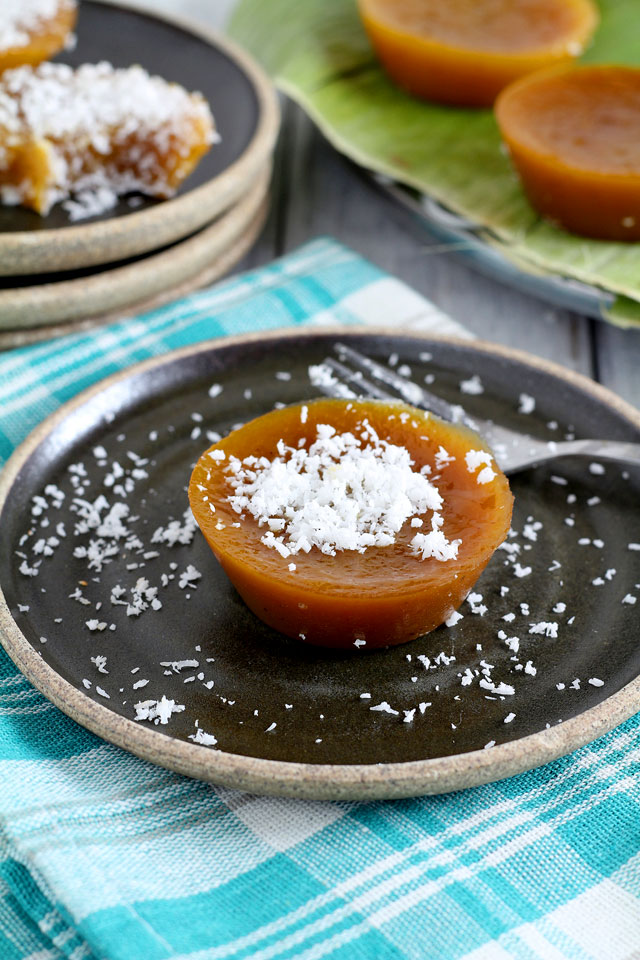 While I was searching the net, I found that there are 2 different kinds of kutsinta recipe. One uses a mix of glutinous rice flour and sweet rice flour. The other uses a mix of all-purpose-flour and tapioca flour. I liked the texture of the latter much better, holds its shape better but still soft and chewy.

I've been meaning to make kutsinta for quite a while now. Well actually, I did try it once.  I did not have lye water at the time and used the alternative. However, they turned out to be too sticky and soft. It was so bad, I had to throw them all away.

But since a special Filipina from Norway asked for Kutsinta recipe, I got myself lye water. Just so that I could finally make and post them here. Thanks, Chona for being an avid follower of Foxy Folksy and I hope you will like this kutsinta recipe! 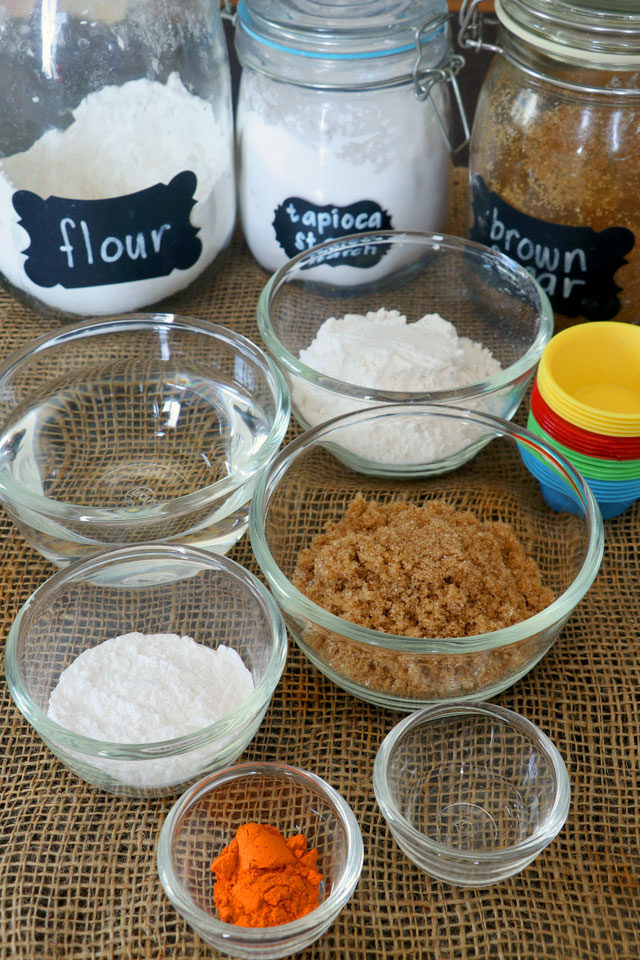 If you've read my post about Pichi-pichi and Palitaw, then you are already aware that I use desiccated coconut. Since freshly grated coconuts are hard to get by and I personally had a not so good experience with the frozen one.

By the way, if you bought a whole bottle of lye water and do not know what to do with the rest, try making pichi pichi. Another great Filipino treat! 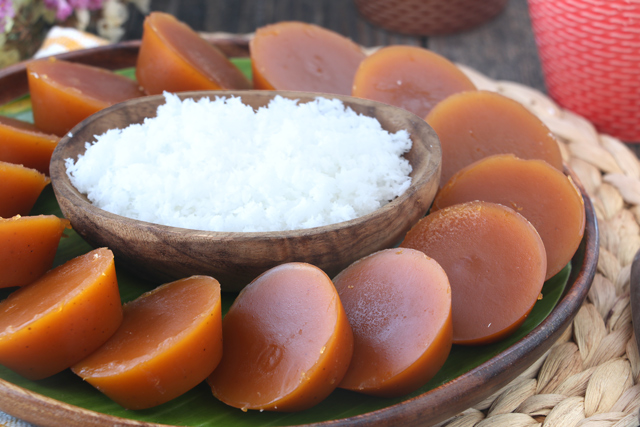 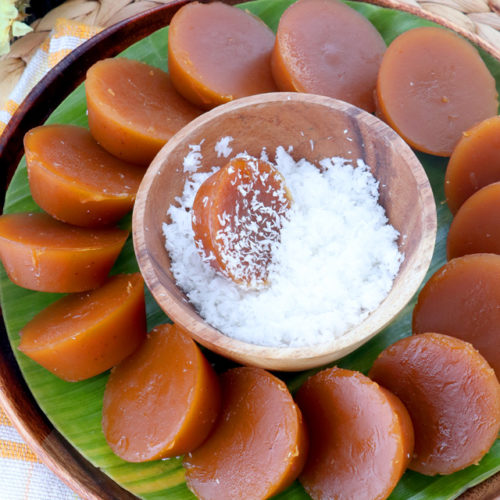 If using desiccated coconut: In a bowl, add about a quarter cup of water to half a cup of desiccated coconut and mix really well. Make it ahead of time, like 30 minutes earlier so it can sit for a couple of minutes to absorb the liquid, make sure to mix from time to time. Adjust the measurements as needed. If you need to make more kutsinta, triple the amount of this recipe. The ratio of all-purpose-flour to tapioca flour is 3:1 About LYE Water. It is known as Lihiya in Filipino. if you like it softer or less firm then reduce the amount to ½ teaspoon.

This Kutsinta recipe was originally posted in November 2016. Updated in April 2020 to include new photos and recipe video. Recipe remains the same.