Try this quick and easy Salisbury Steak recipe complete with yummy Mushroom Gravy! So juicy steak patties made from ground beef that is cooked and served in thick tasty Champignon mushroom gravy! 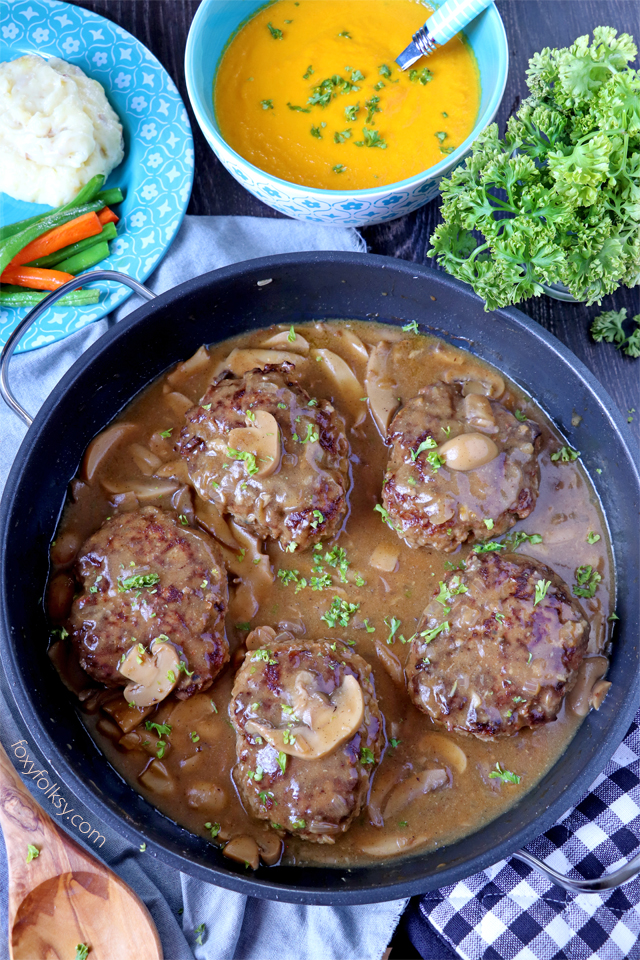 Salisbury Steak is a popular American dish. But like anything this good, it will definitely have it's equivalent elsewhere in the world. In Germany, they have the Frikadellen or Fleischküchle and Fleischpflanzerl in Austria. In the Philippines, we have the Hamburger Steak, which is exactly a hamburger patty swimming in gravy or mushroom gravy usually eaten with rice.

On the other hand, Salisbury Steak is commonly served with mashed potato or pasta and some vegetable side dish. You can also serve them with boiled or roasted potatoes or potato salad. 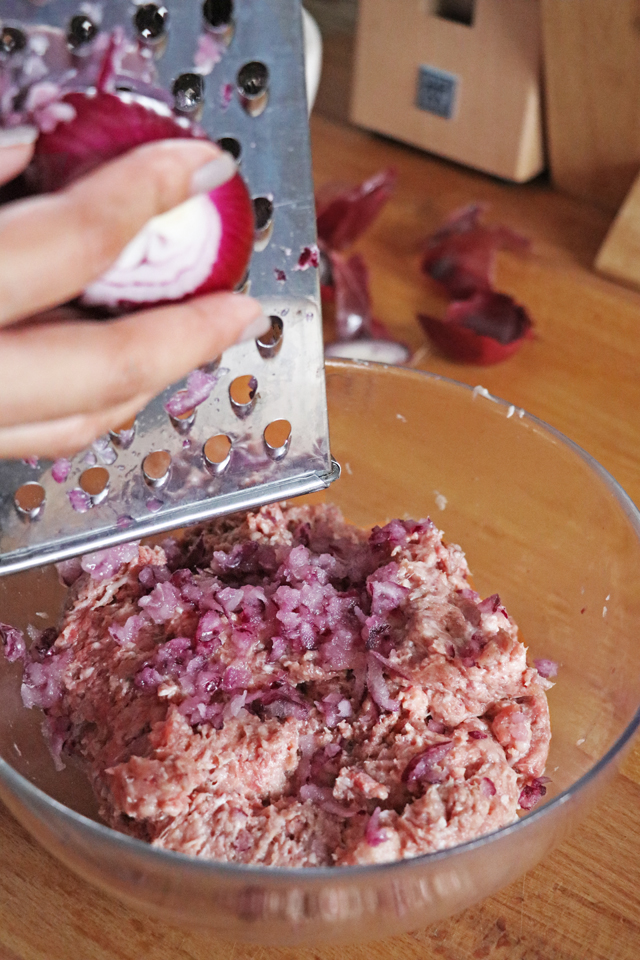 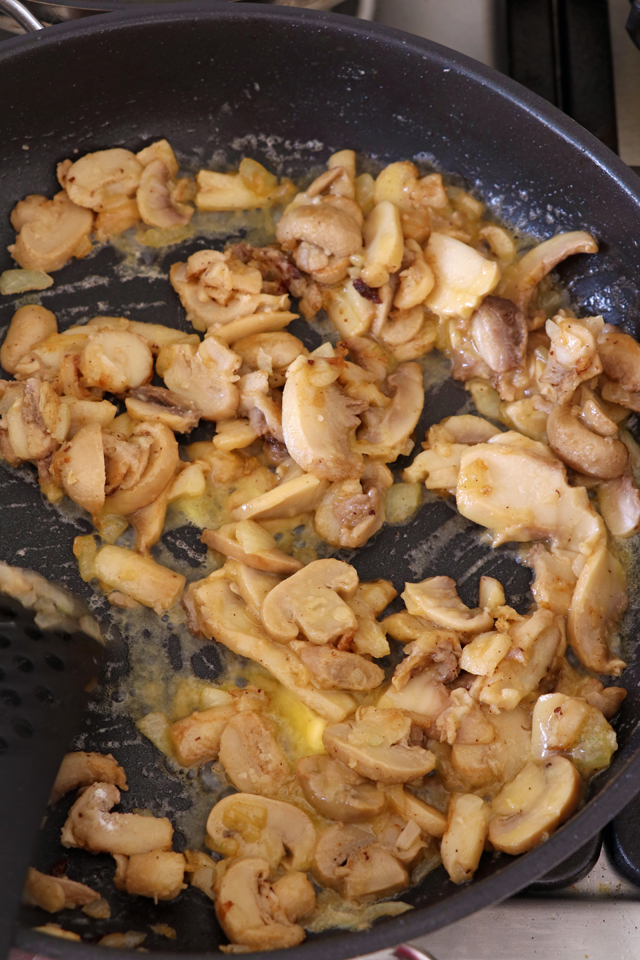 This Salisbury Steak recipe was inspired by Nagi of Recipe Tin Eats. I changed the ingredients a bit to make it more simple like using dark soy sauce instead of Worcestershire sauce bot in the patty and in the mushroom gravy. I also skip the mustard in the gravy because I am not a fan of tart gravy. Additionally, I changed the ratio of flour to water in the gravy to have a thicker sauce.

What I like about Nagi's recipe is that she grates her onion instead of just chopping them finely. This process gives the patties a finer and juicier texture. Although, again, I made a shortcut out of it and just dump the grated onions directly into the ground beef instead of soaking the breadcrumbs with it. Oh, and I just realized that I ran out of breadcrumbs while doing this so I just used flour. And yes, it works! Just like with my Sweet and Sour Meatballs recipe that also uses flour and no breadcrumbs. 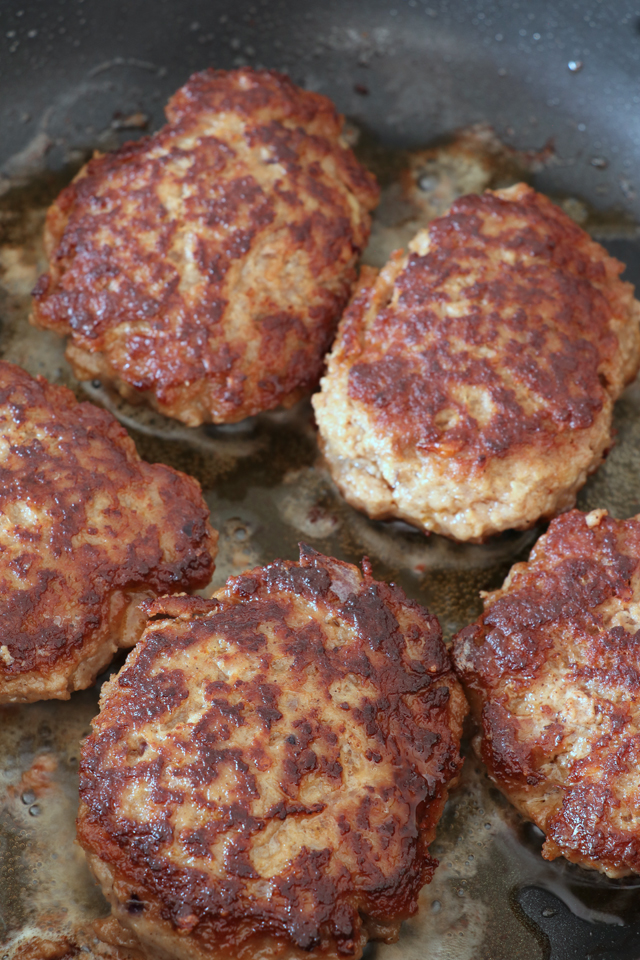 You may also use half ground beef and half ground pork instead of purely beef. It is a common thing in Germany to mix both that you can actually buy them already mixed from the groceries or butchers (Metzgerei).

To complete the meal, I made some mashed potato from scratch, where I almost burned the potatoes while boiling them because I was trying to multitask. I almost threw them all away but since only the skins were slightly burned (yep, I do not peel them, which turned out to be a meal saver) so, I was able to salvage them and made decent mashed potatoes out of them. I also pan roasted some beans and carrots in a little olive oil, seasoned with a pinch of salt.

Another star at our dinner table that went very well with this tasty Salisbury steak recipe was the Carrot-Ginger soup. You have to wait for my next post for that! 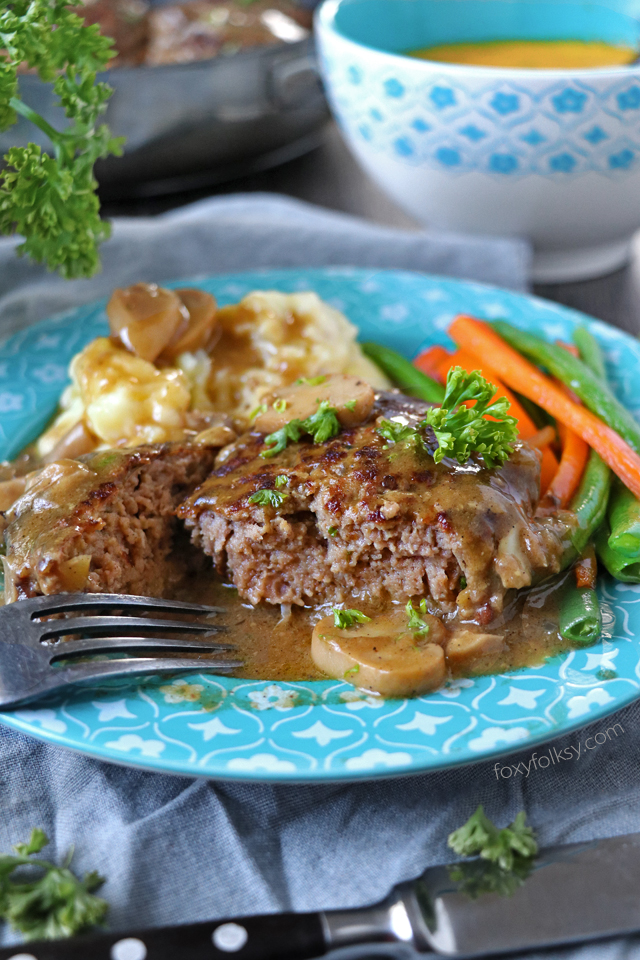 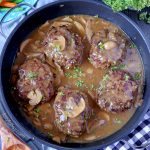