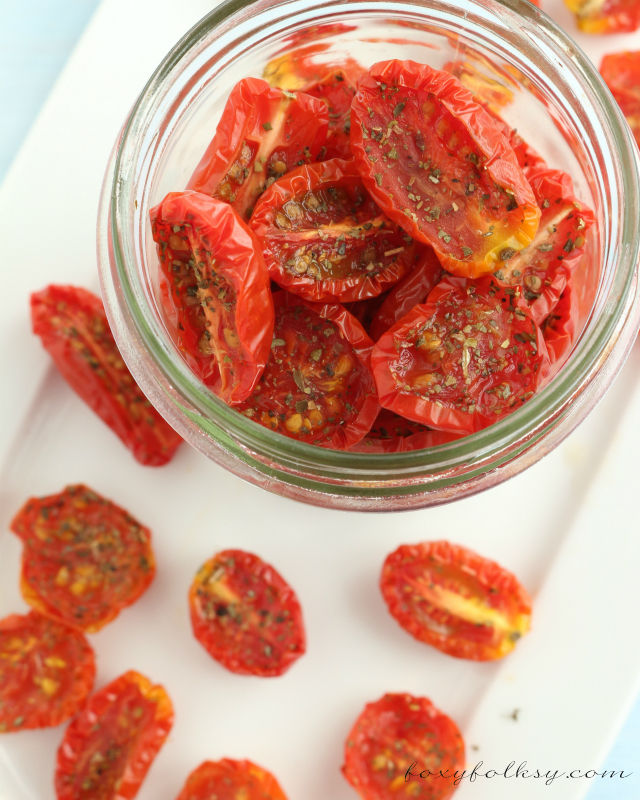 If you are looking for a healthier snack, these oven-dried tomatoes are exactly the thing you should try. Not only is it healthy, but it really tastes so good!

To be honest, I only tried making these last year because I had a hefty harvest of tomatoes from my container garden and I didn't know what to do with them other than using it for making salads, fillings for tacos and wraps and for making tomato sauces for pasta... I was running out of ideas but not of tomatoes, they just kept on coming,  I had to give away some to our neighbors too, but there were just a lot!!!..solution: Dried tomatoes!!! 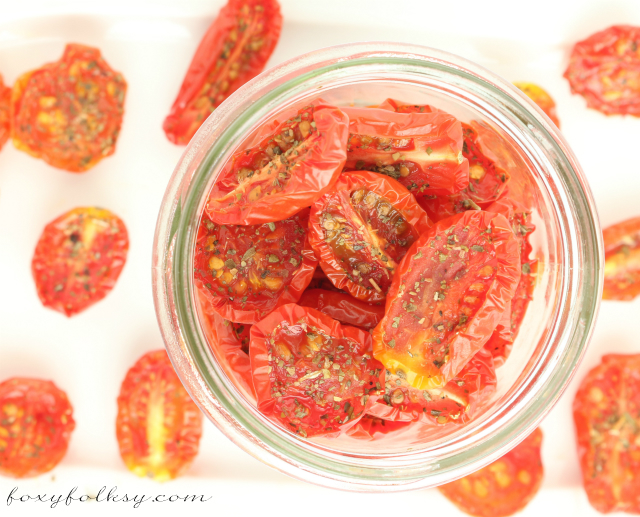 I read about sun-drying tomatoes but that can take days or even weeks depending on how much sun you've got in your area, and in our case that would be the later or maybe even longer, so no, that was not an option then I came across this video from Martha Stewart about oven-dried tomatoes in olive oil and  that gave me the idea. I liked her advice about sprinkling a little bit of sugar as well as salt because it enhance the flavors but if your tomatoes are sweet enough, then skip the sugar. I also sprinkle them with  some dried basil and oregano and they taste heavenly!

After being successful with my first batch last year, I've done it several times afterwards, like when I have too much ripe tomatoes on the fridge or from my container garden (like this summer again) or when I need some appetizers for parties or just something to snack on, these oven-dried tomatoes never fails.

I like my dried tomatoes just a bit crunchy but still a bit juicy in the middle, so I usually just let them bake for about an hour or so. You can put them in olive oil like what Martha did or just put them in a jar and seal tightly, that is if you have anything left to store. 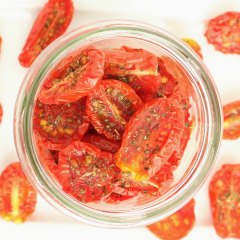 If you are looking for a healthier snack, these oven-dried tomatoes are exactly the thing you should try. It is easy to make and tastes too good.
Prep Time: 5 mins
Cook Time: 1 hr
Total Time: 1 hr 5 mins
Course :Appetizer, Snack
Servings =10
Print Recipe Rate this Recipe