The aroma of apples and cinnamon filling the kitchen while baking this Apple Custard Pie is enough to make your mouth water. Serve it while warm, ala Mode with your favorite vanilla ice cream. 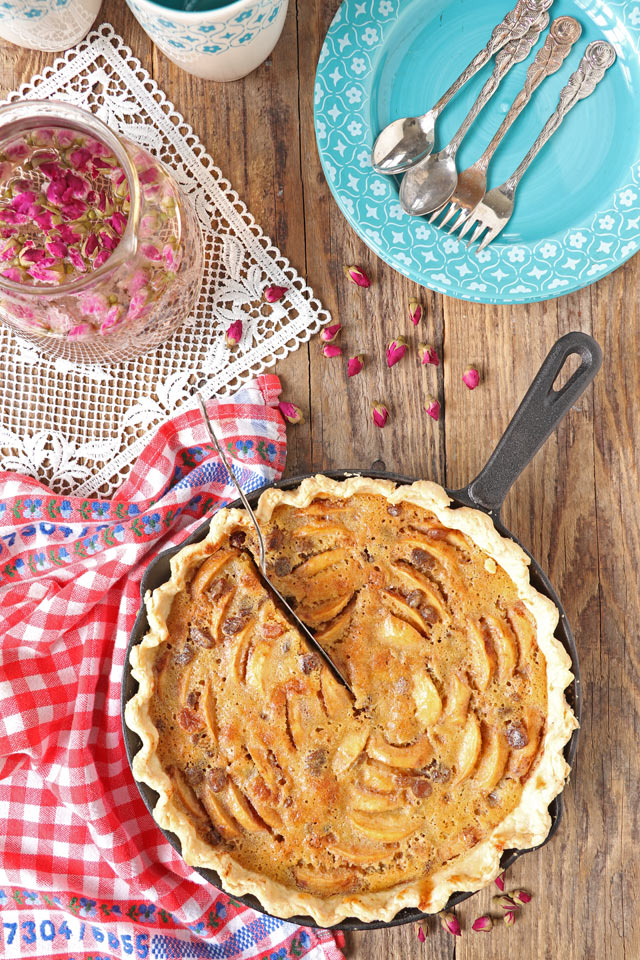 The first time I made this was 5 years ago and the original post was one of the very first I've ever written as a wannabe blogger.

It was on my first blog (no longer existing) when I just playing with the idea of blogging to pass the time, when I was unemployed and unemployable because of my (still lacking) German language skills.

I attended some language courses and got my certificates and after a year I was able to land a decent job. All the while, I kept the hobby blog which I revamped and renamed 'Foxy Folksy'.

Who would have thought that the time would come that I would have to quit my job and make full-time job blogging instead? Definitely not the Bebs from 5 years ago who made this apple custard pie. 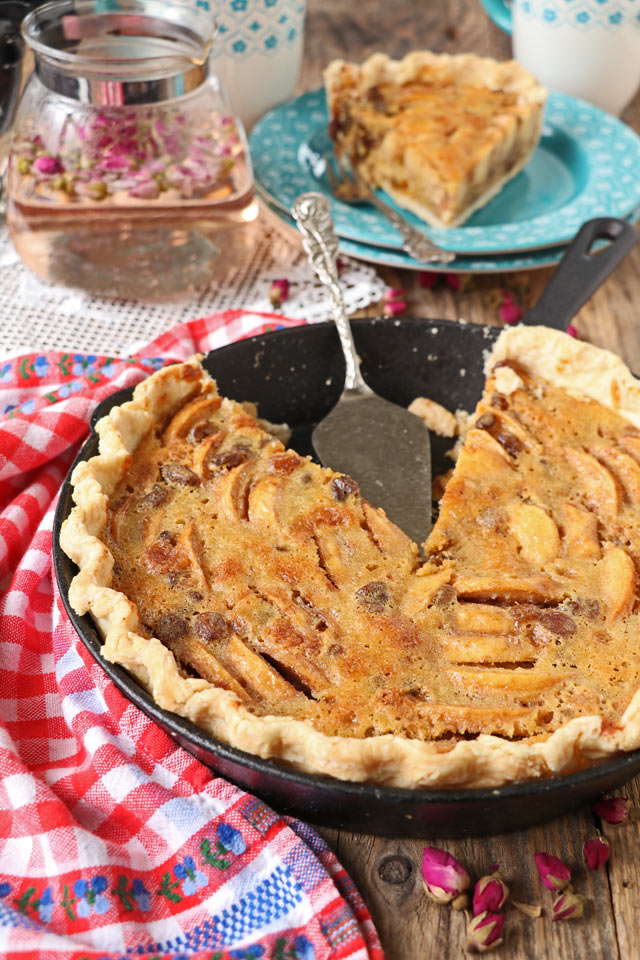 Here is the text from that original post I wrote:

Last year, my hubby´s work colleague gave us 3 bags full of apples from his own orchard. We were really thankful but I did not know what to do with all those apples??!!

So I looked up for some Apple Pie recipes. I found lots of them, tried some but really like only one or two, like the really Easy Apple Crumble.

So when I was getting the hang of making apple pie, I tried to add some personal touch and mix it a bit...the result was this recipe. I find it best to bake it in a Flaky Pie Crust. 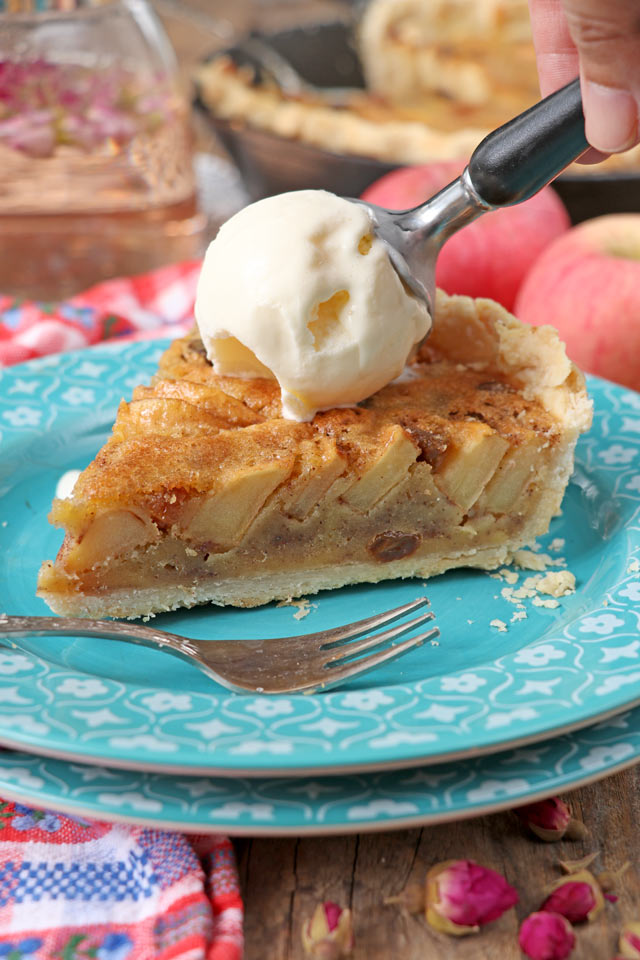 how to make apple custard pie?

This apple pie is not like the American Pie, it is more like the German 'Apfelkuchen', baked without a top crust, instead, you add a custard batter.

The process involved in making this Apple Custard Pie is very much straightforward. You can use a store bought pie crust that you like or make the flaky crust as I recommend above.

I prefer to mix the cinnamon with sugar and add it to the apple instead of adding it to the custard batter. It ensures that each apple slice is coated with cinnamon. 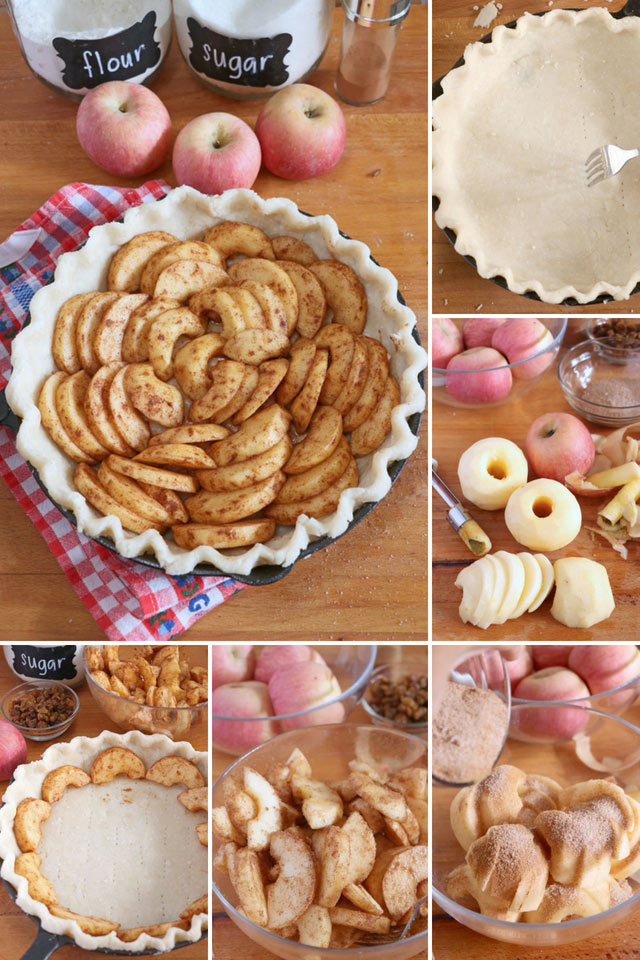 How to make the custard filling?

I first cream the butter and sugar together for a few minutes and add the eggs one at a time.

I then add the flour and vanilla while mixing in between. If the batter is too dry, add some (1-2 tablespoon) apple juice. I also tried using other juices like peach nectar or orange juice. They bring additional fruity flavor to the pie. But water will also be fine.

Last, I add the raisins. I used to add chopped dried apricots as well since they are easily available in Germany and I love the texture it adds to this pie. 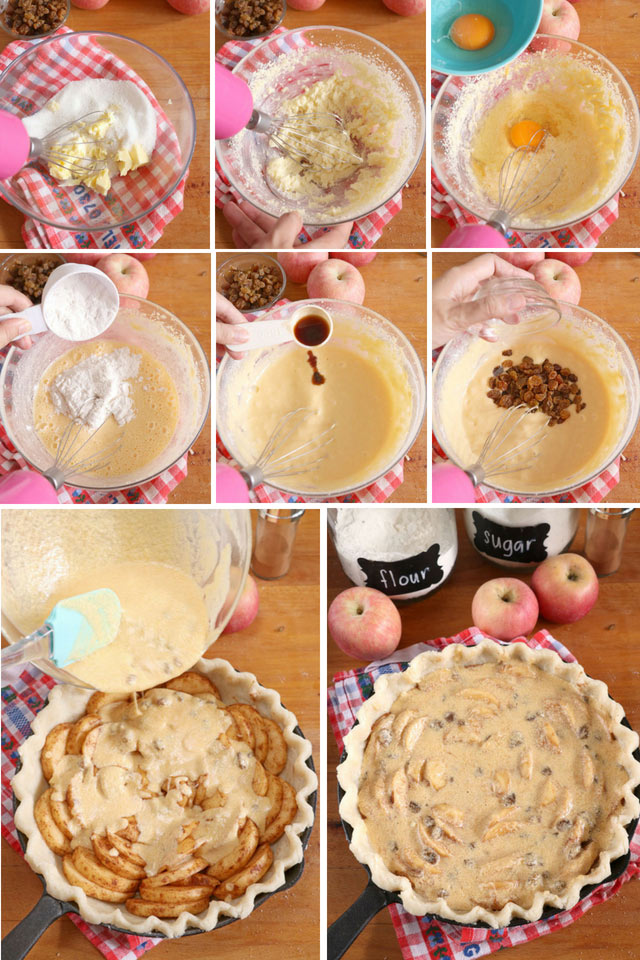 What apples to use for apple pie?

I grew up in a country where we have to import apples, so imagine my surprise when I learned that there were so many varieties of it!

The region where Armin and I used to live in Germany is actually quite well-known for its apples. Orchards after orchards of apples surrounded us and I do not remember not seeing an apple tree on a street, they are everywhere!

Still, I would not know which is which unless I look at the tags.

I know what kind of apples I like for my apple pie though, it should have a good balance of sweetness and tartness with a crisp texture that will not turn mushy when baked and, of course, juicy.

Here are some of the recommended apple variety that meets (my) requirements: 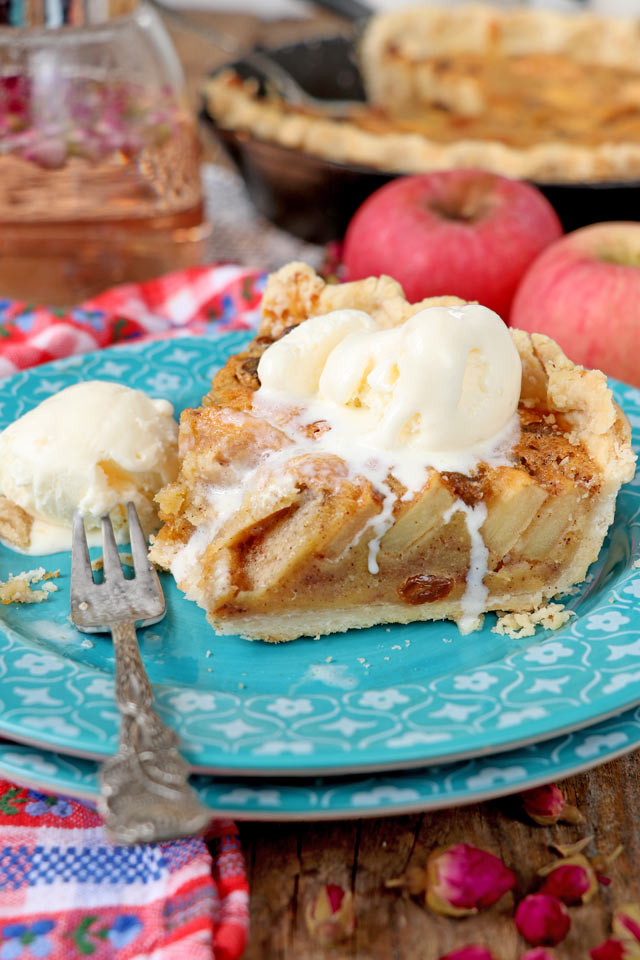 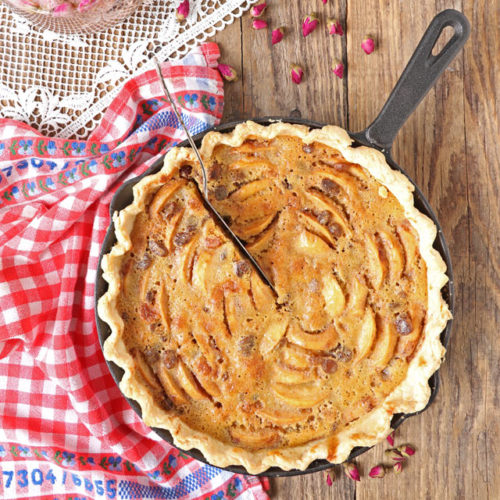 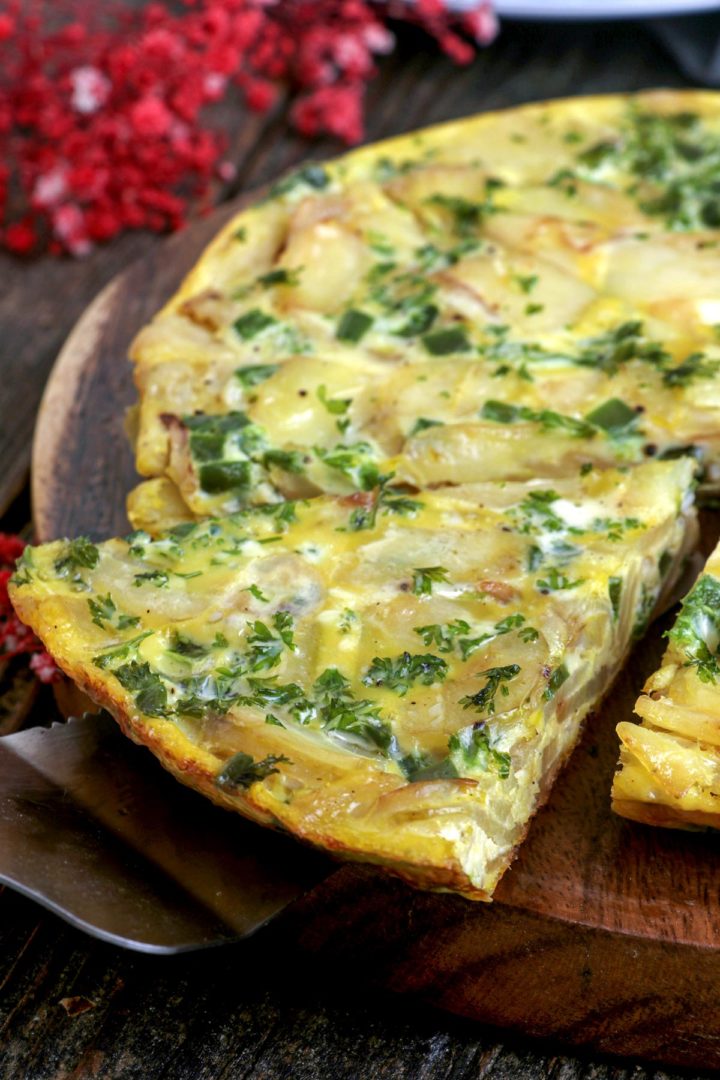 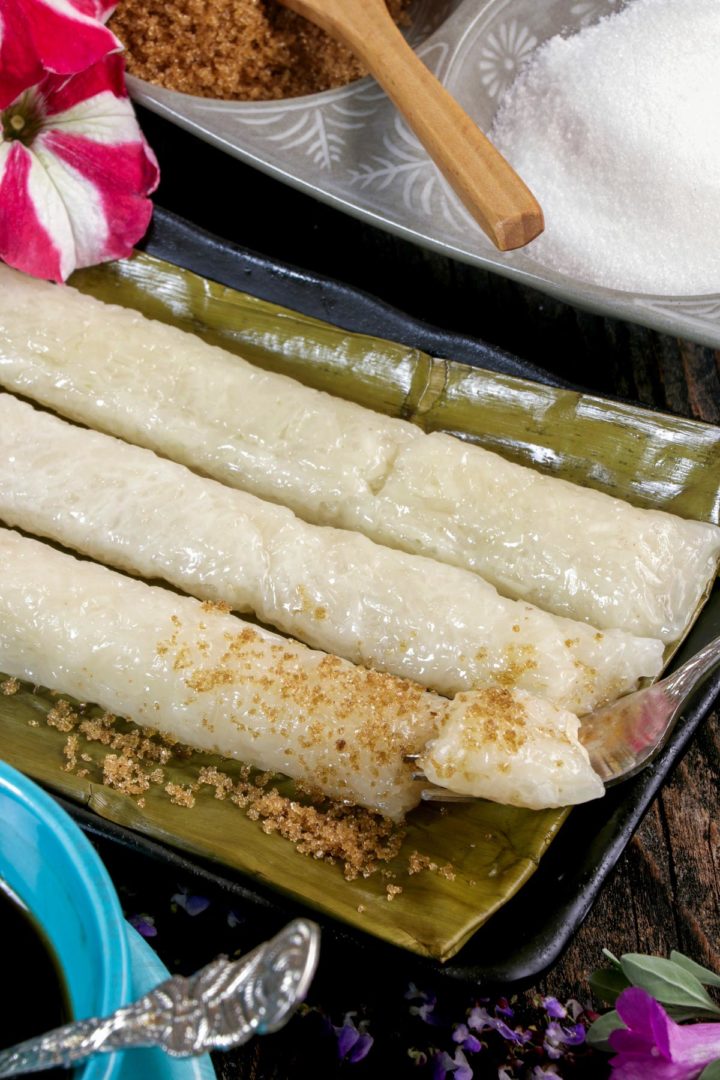 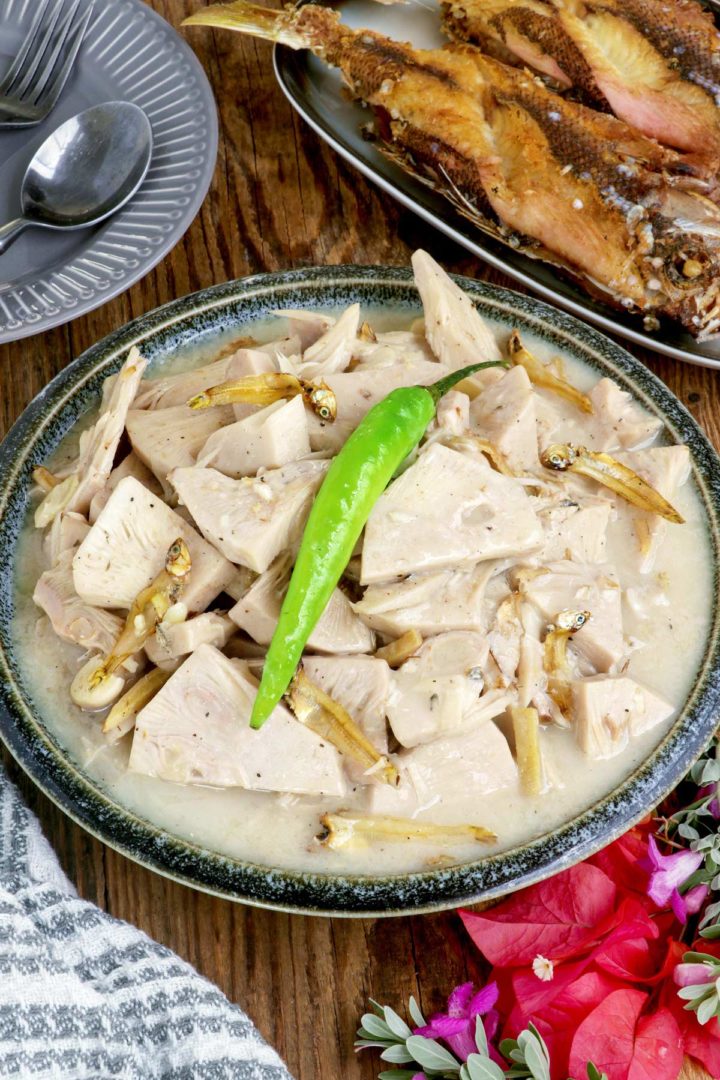 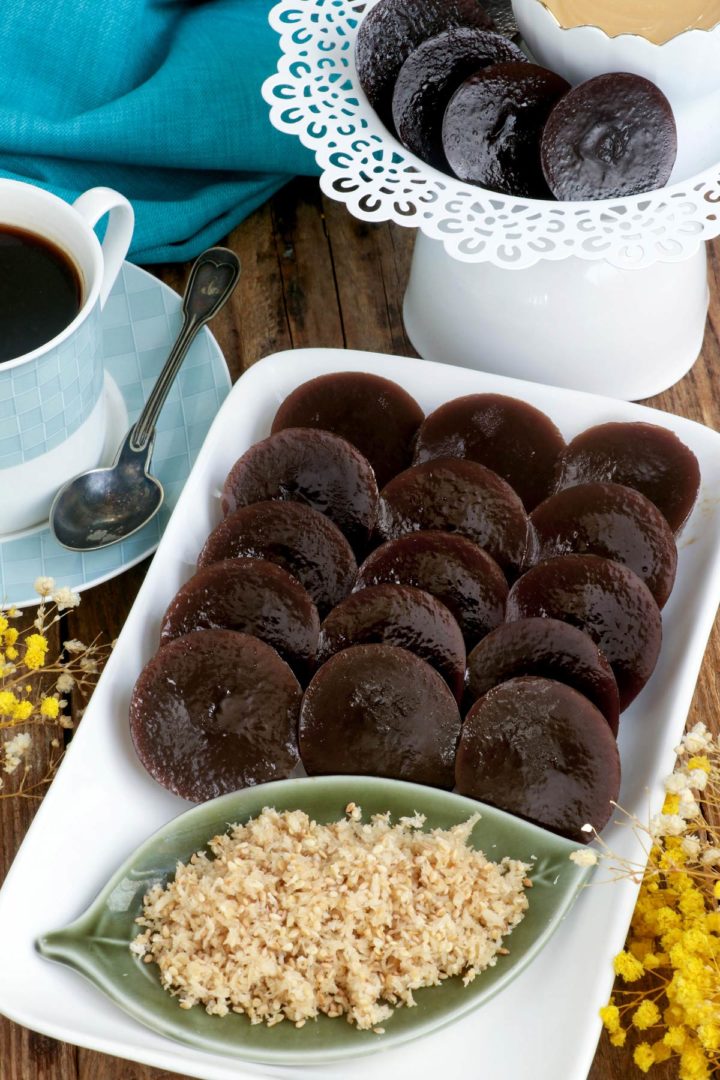 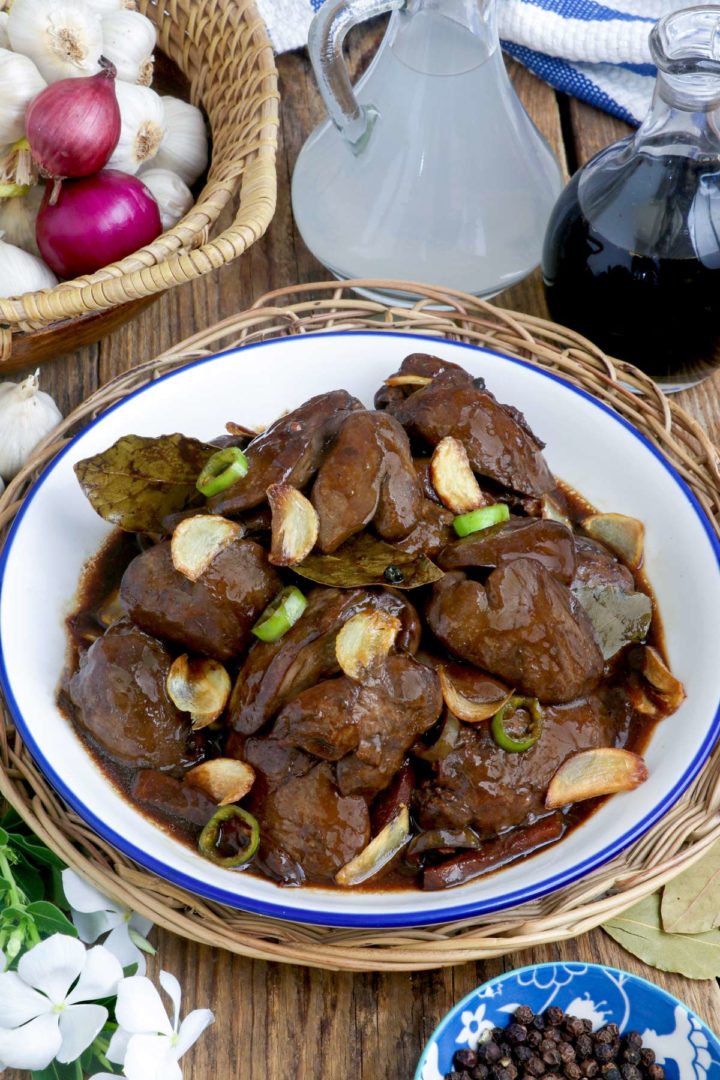