Hawaii has Poke and Peru has Ceviche, the Philippines has Kinilaw! A different kind of appetizer from raw fish in vinegar and spices. 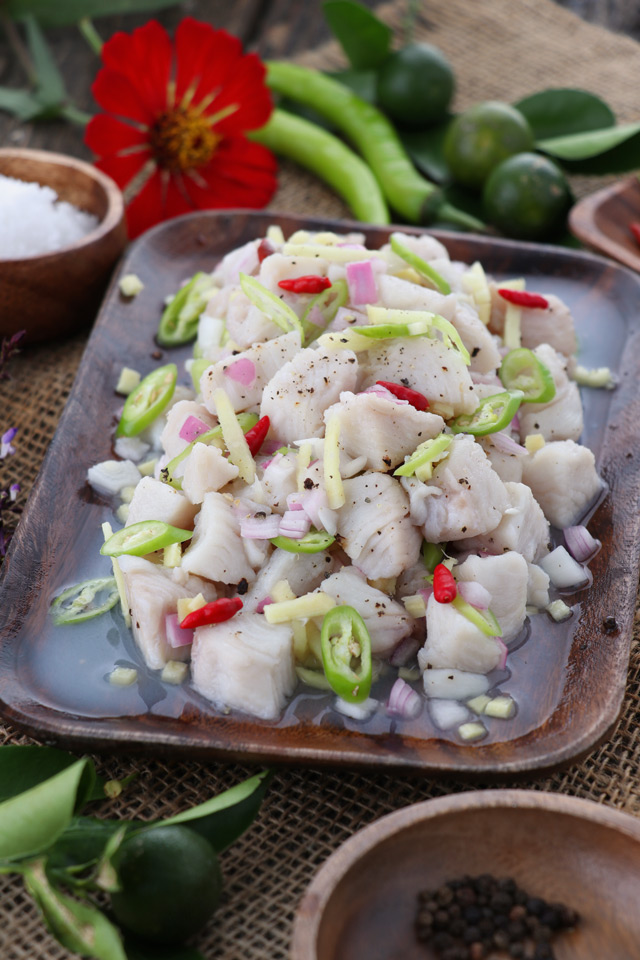 It is not actually the dish but the process of preparing it. It hailed from the Visayan region and is derived from the word, kilaw, which means raw or uncooked. The meat, normally a fish, is 'cooked' without the application of heat but is rather cured in vinegar.

A kinilaw recipe is simple to make and is normally serve for casual gatherings. It a popular “pulutan” or a food served during a casual drinking session. However, it also makes an excellent appetizer. 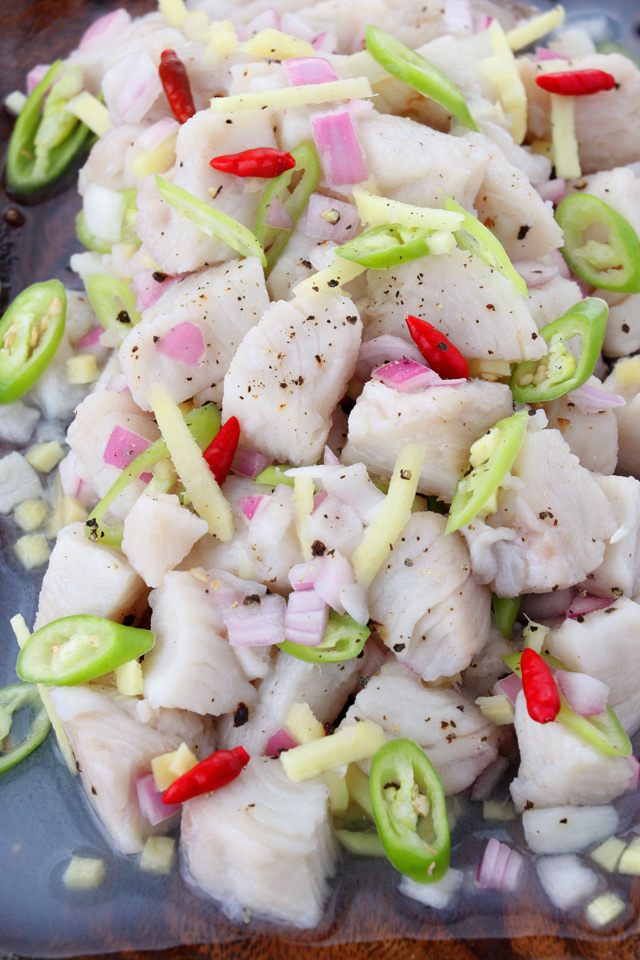 Usually termed as a Filipino-style ceviche. Perhaps since they are both made from raw fish or seafood. But once you've tried it, you'll know they are not the same. One of the main differences is the use of vinegar in Kinilaw, while ceviche is citrus-based. Other ingredients like ginger and calamansi are also used in the first, while the latter usually have cilantro and lime. 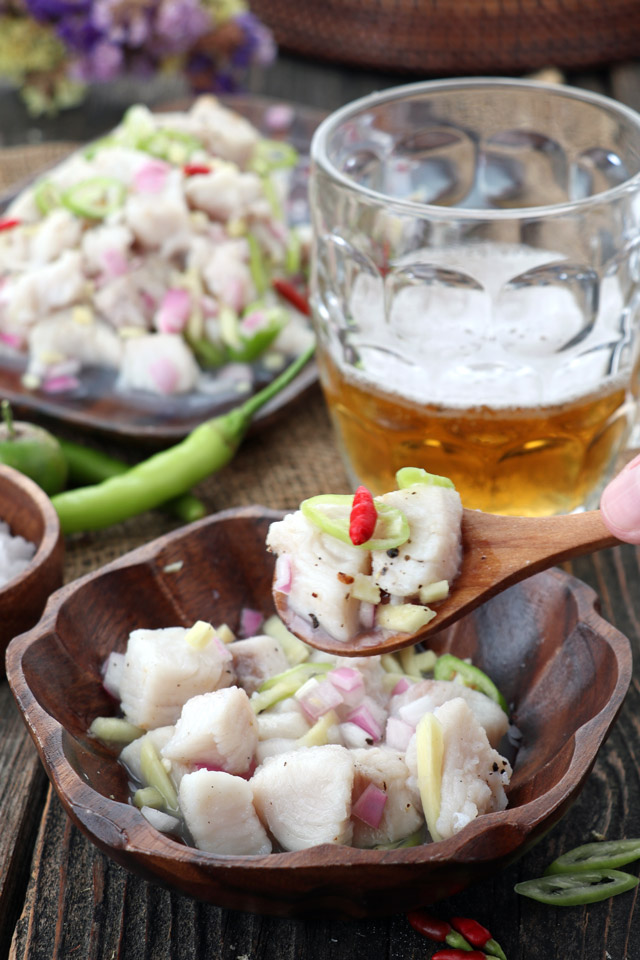 What fish can you use?

Various kinilaw recipes use different kinds of seafood, but fishes are mostly standard. Tanigue (Spanish mackerel) and Tambakol (yellowfin tuna) are the most common types of fishes used for Kinilaw.

You can also use other fish that have firm, fleshy meat. Like marlin, tulingan (mackerel tuna), labahita (black surgeonfish),  lapu-lapu (miniata grouper), or mahi-mahi (dolphinfish).
If you want to try other seafood other than fishes, squid, shrimp, crabs, oyster, seaweed, and clams will taste equally best for kinilaw.

Just remember that since it will not be cooked in heat, choose only the freshest fish or seafood. 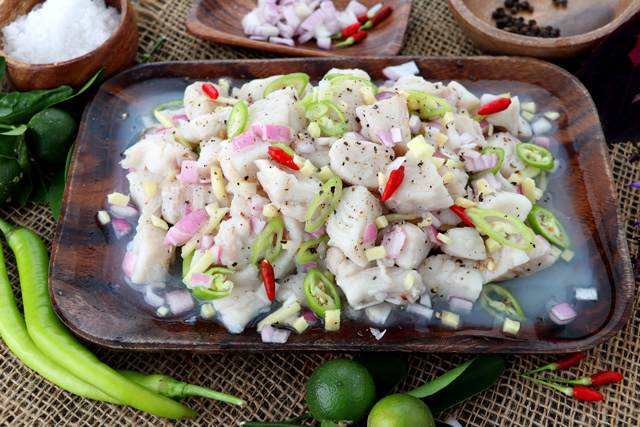 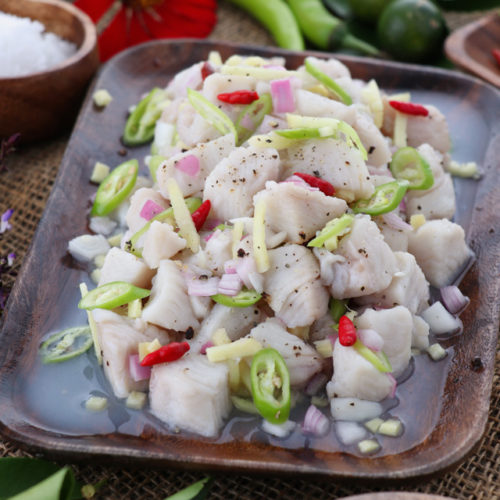