A truly wonderful and refreshing drink from hand-pressed ripe mangoes, lychees and dalandan with a kick. 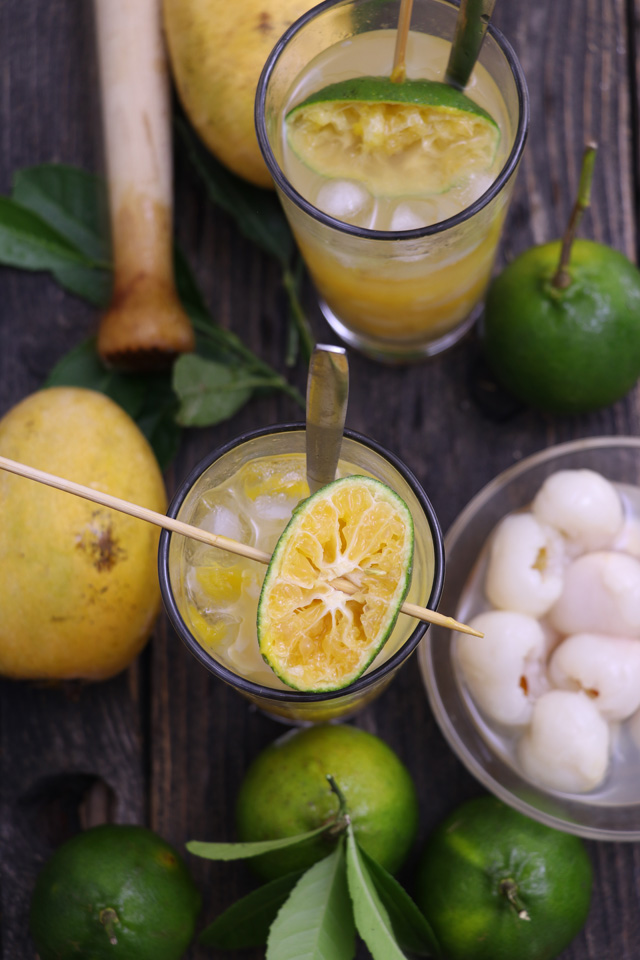 On our 7th year anniversary, Armin and I celebrated it with...what else... food. Lunch buffet, movie and then followed by a (supposedly) scrumptious dinner. I've written more about it here.

Not everything went as planned, does it ever? But it was still a wonderful day well-spent just the two of us.

One thing that came out as a winner from that evening was definitely the "Mango Delight Chee" I ordered at TGI Friday's. One sip and I was in love all over again. 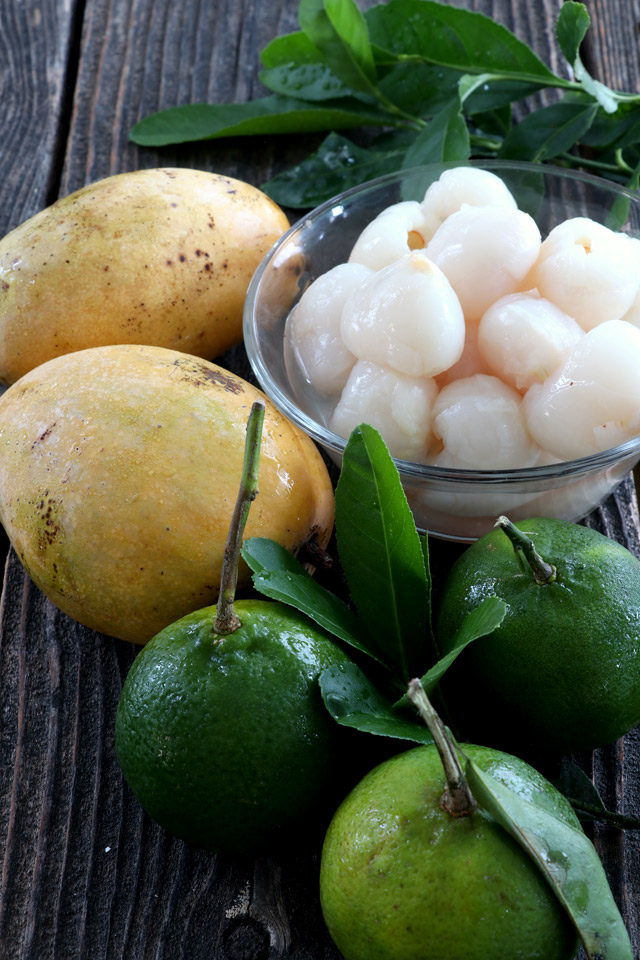 With its sweet and refreshing taste from fresh fruits and the touch of tanginess from dalandan, it was soooo good!

I am really not a fan of alcoholic drinks. I would be maybe, if not for the (possible) reaction when I drink alcohol. Don't really want to risk getting swollen lips and throat, but a few sips now and then is ok.

But since the nice lady bartender was paying attention when I said I would love to try it but with lesser alcohol because of my booze intolerance. The result was the most delicious sling cocktail I ever had.

So I decided I would make it for our family Christmas Eve dinner. It was a great hit of course and I made it alcohol-free so the kids could enjoy it as well.

Good thing the menu included the main ingredients used in making their drinks. One of them is simple syrup. I"m pretty sure they meant the bottled one used by bars in making cocktails. But you can easily make one from scratch as I did to save you some bucks. 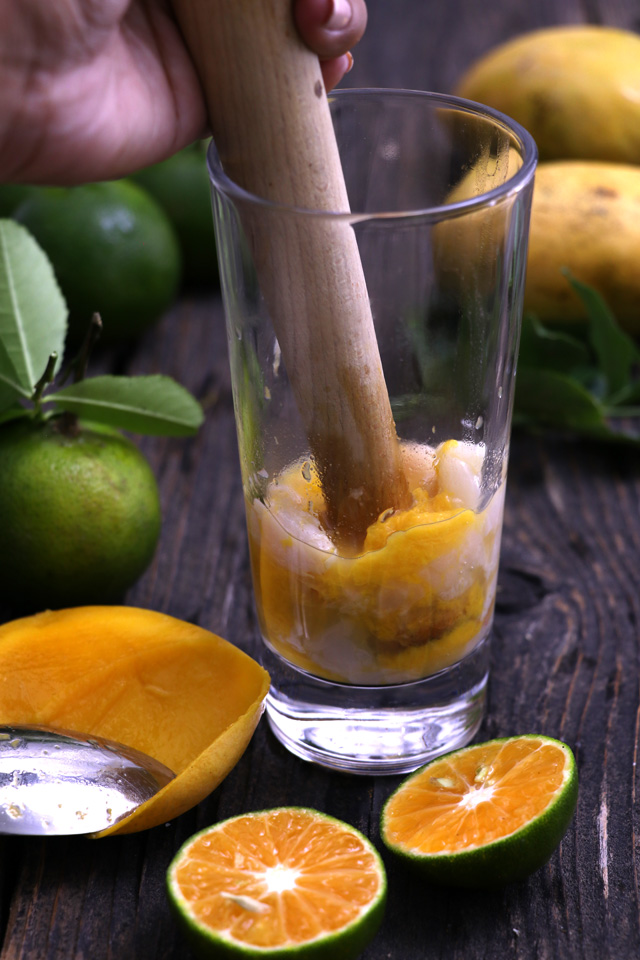 How to make Simple Syrup

There is really nothing much to it. Just combine equal amounts of water and sugar and heat the mixture until dissolved

For this recipe you will need:

Place it in a saucepan over medium. Bring to a simmer, do not boil. Once it starts to simmer sugar should be dissolved at this point, remove from heat and let it cool down.

This will make a bit more than 1 cup of simple sugar. You can adjust the sweetness of your sling and add more if needed. If not, you may store the excess in the fridge for future use.

Dalandan is a local Philippine citrus fruit. The Philippine orange some may say. But it has a shiny deep green skin even when ripe and usually smaller than oranges.

They are sour and sweet at the same time but becomes sweeter as they ripen. There is another but very similar kind of local green orange called dalanghita. Even locals get confused which is which because they look and taste almost exactly the same.

If dalandan or dalanghita is not available, you may replace it with orange. Not quite the same though. 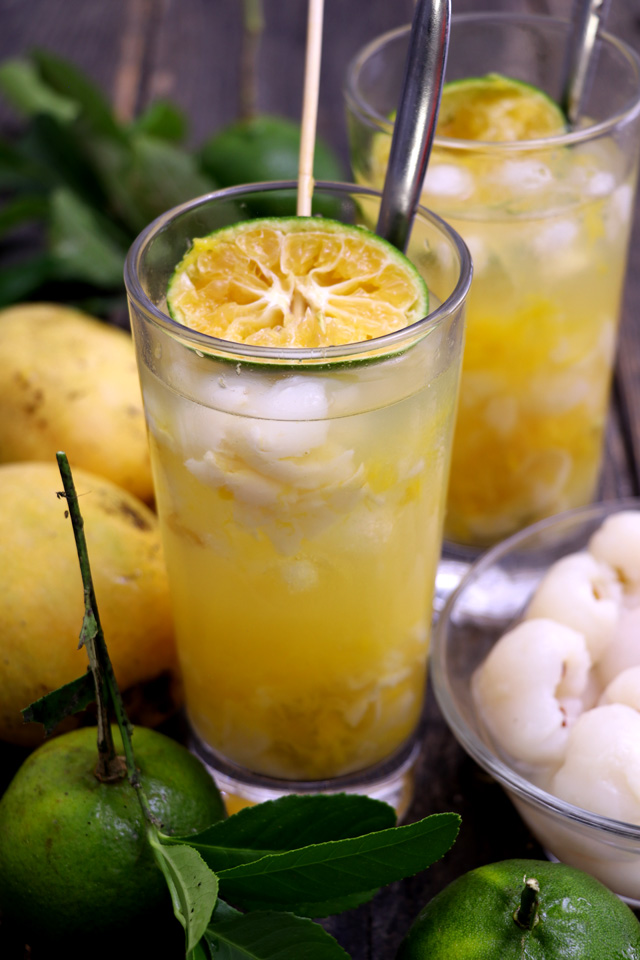 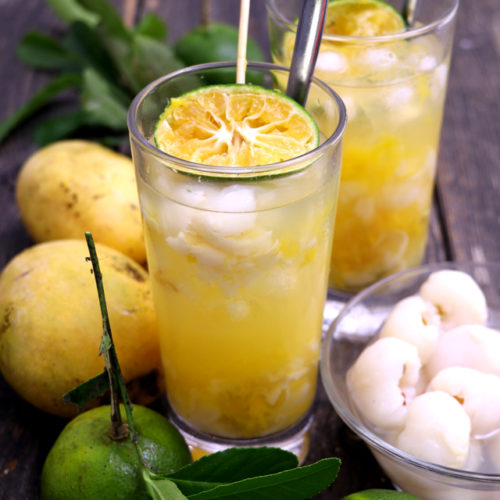 You may use oranges to replace dalandan.