Spanish Bread is a favorite 'merienda' or afternoon snack in the Philippines that can be found in many local bakeries. You can also make your own and it is easy. We also found a way to keep that sweet buttery filling from oozing out. So you enjoy the full deliciousness of it without wasting any.

What is Filipino Spanish Bread?

Firstly, it has nothing to do with the Spanish bread of Spain (Pan de Horno). Except maybe that they share the same form (rolled) but the Filipino version of Spanish bread has something special. It has a sweet buttery filling.

It is a yeasted bread that is rolled into a log enclosing within a sugary and buttery filling. They are then rolled in breadcrumbs before baking.  It is very common to find them in 'panaderia' or local bakeries. Normally enjoyed as an afternoon snack.

Making the bread itself was no biggie. I read a lot of different recipes for Spanish bread and they all have the same ingredient for the bread, which is similar to Pandesal, so I just used my own recipe for that. 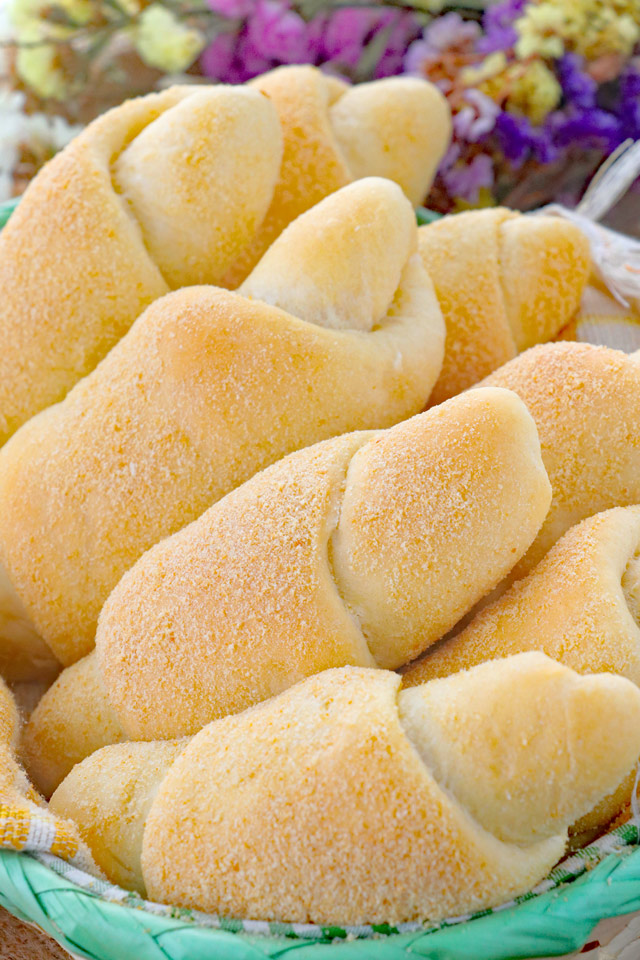 The challenge for me was making the perfect filling. It took me four batches to finally get the filling right. That is, at least, my idea of what a Spanish bread filling should be. Sweet— but not overly sweet; buttery with a bit of a texture to it, and it should be moist.

The first batch, I followed what most recipe online uses for a filling: simply mixing butter, sugar, and bread crumbs together and spreading it to the dough before baking. I am not sure if it is the kind of breadcrumbs I used, because they turned out having a dry filling. The other problem is that most of the butter oozed out into the pan while baking. This seems to be a common problem with all the online recipes I found after I read the comments.

The second batch was almost the same, only with different measurements plus it adds powdered milk to it. The taste was good though.

With my third batch, I only used butter and brown sugar. I also smeared some butter on the center of the dough before adding the filling mixture. The outcome...slightly moist filling but there was no texture at all. Just a sticky syrup that also dries out once the Spanish bread gets cold. I recommend this recipe if you are eating them immediately after baking. 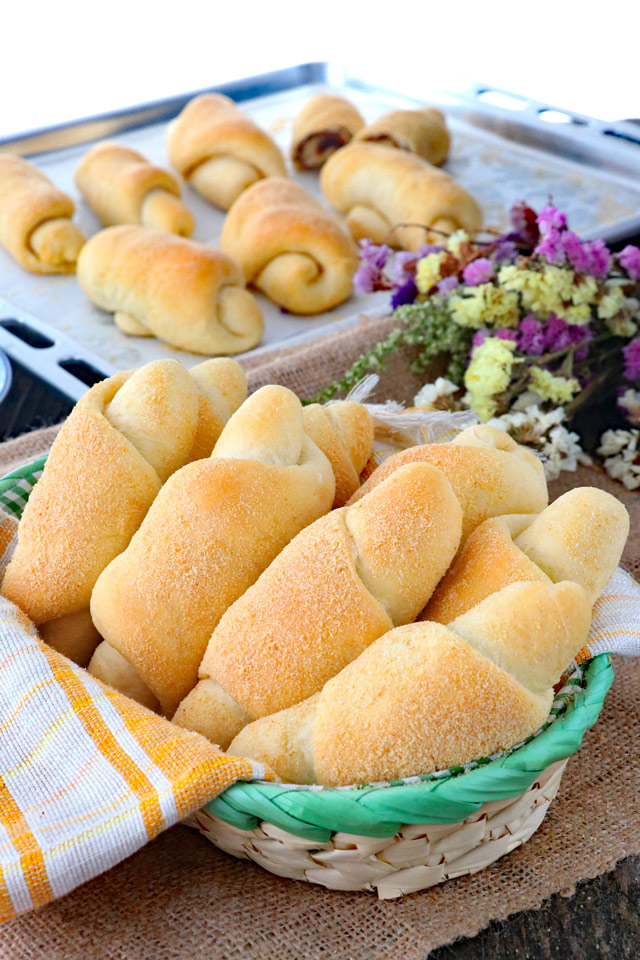 The perfect filling that stays inside

So after squeezing my brains out for some ideas, I decided to make an experiment. I cooked the filling!!!

Yup, I cooked the filling before spreading it to the dough of my Spanish bread! It is an additional step you will not find in any of the other recipes online. Believe me I read them all or at least those that are available at the time when I originally made this post in 2017. But, it was a necessary step to have a moist, textured, no-oozing-while-baking filling! I can see some have read my post and copied this step, which only means it really works.

The filling was brownish, not yellowish like ones I see on bakeries back home. I reckon that it is from using brown sugar and butter instead of white sugar and margarine that is normally used in bakeries. But I like the warm taste with a hint of caramel from brown sugar. 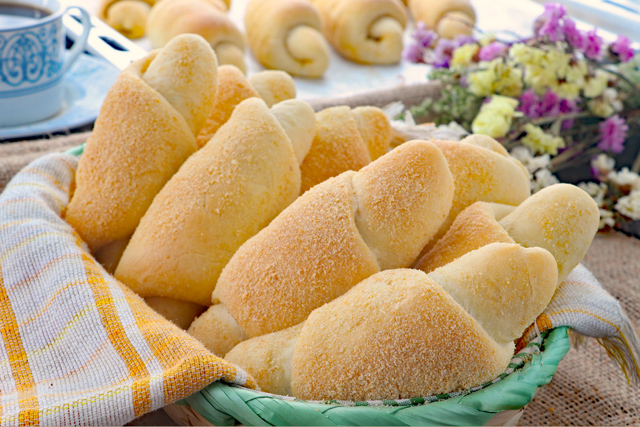 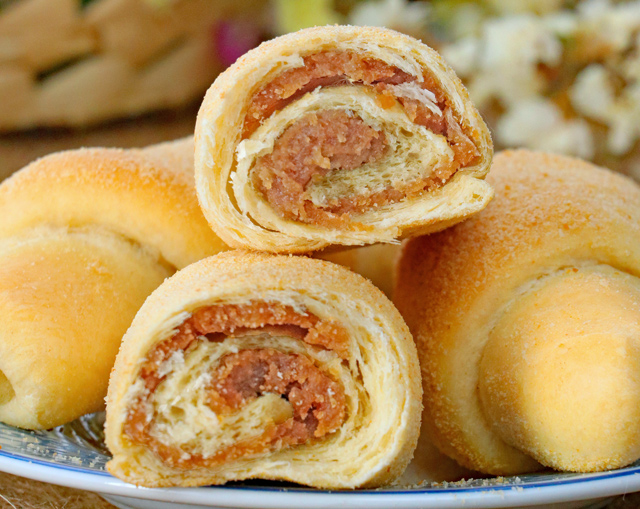 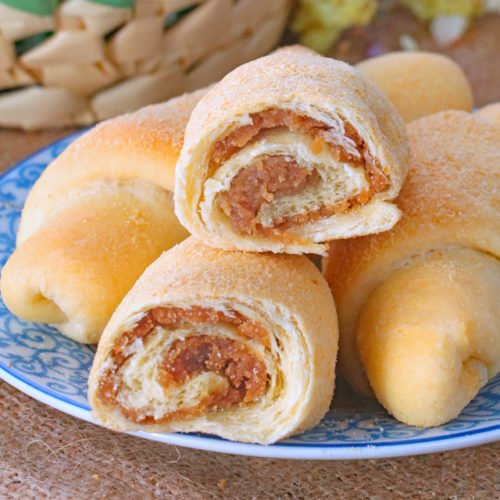 This recipe for Spanish Bread was originally posted in February 2017. Updated in April 2020 to include new photos and a recipe video. The recipe remains the same.