No more soggy french toasts! I am pretty sure you will love these yummy cinnamon french toast sticks! Quick and easy to make, perfect for breakfast! 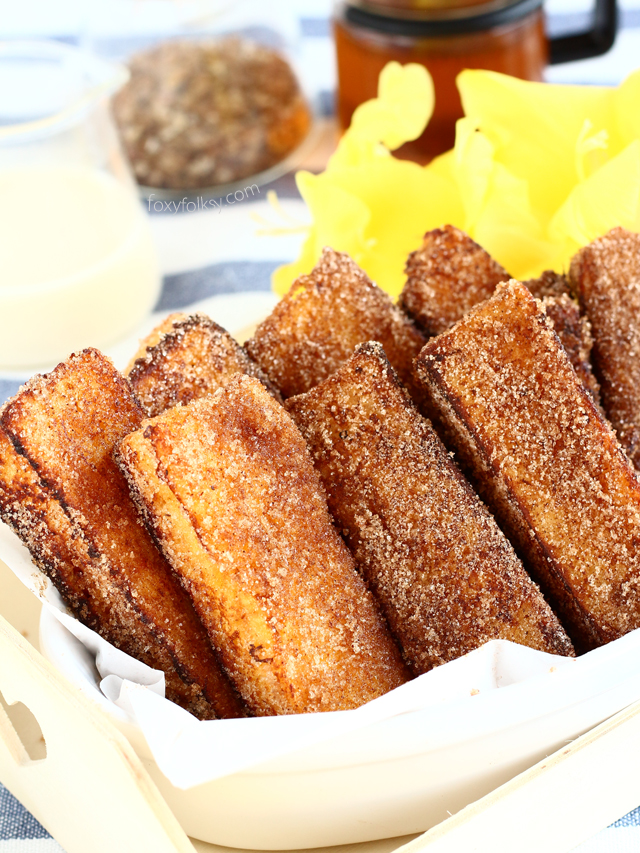 I usually end up feeling frustrated whenever I try to make french toast before because they tend to be either soggy or burnt, or sometimes both! How could something that seems to be so easy be so hard to make, right?! But I never wanted to give up, especially after seeing pictures of perfect french toast in the net! How do they do it?  Then all of a sudden this... not only was it perfect, like stiff and not at all soggy and that is after I gave each piece a really good soak in the egg-milk mixture, they also taste heavenly especially after being rolled in sugar and cinnamon! Need I say more?... 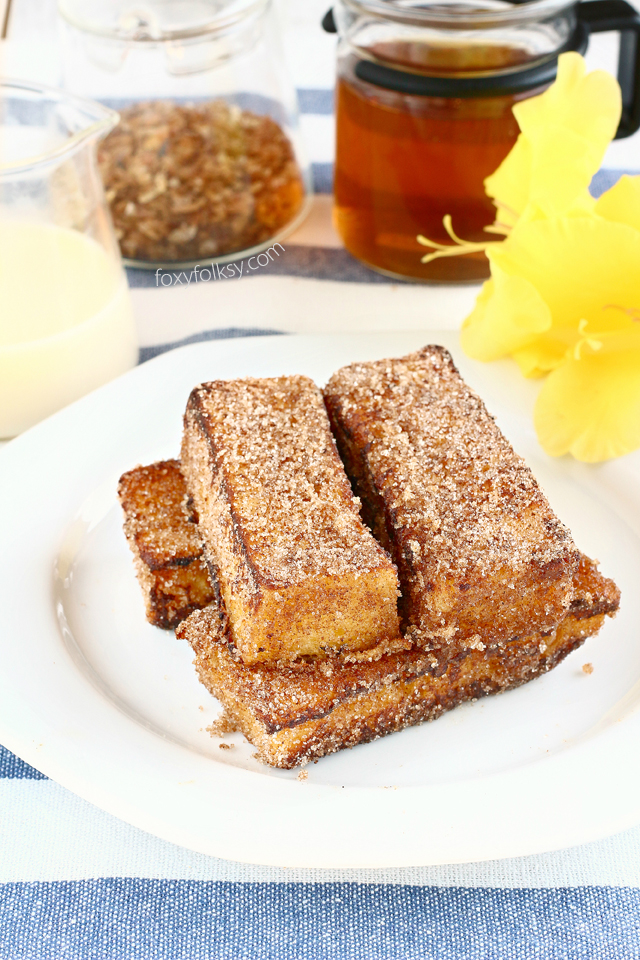 I got the inspiration for this Cinnamon French Toast Sticks from Nagi of Recipe Tin Eats , a really great woman and equally great is her blog with lots of tips. It was from her where I got the idea of using a block of day-old (or probably bit older) loaf for making french toast. I usually use the store-bought bread toast and now I know that they are too thin with too big pores or holes that make them soak up so much liquid turning my french toast soggy. But since I cannot get a block of loaf around here, I just had to make one and my loaf bread recipe was just perfect for it! The result was amazing (and addicting)! Nagi suggest dipping them in maple syrup, but really do not see the need, they are perfect as they are. 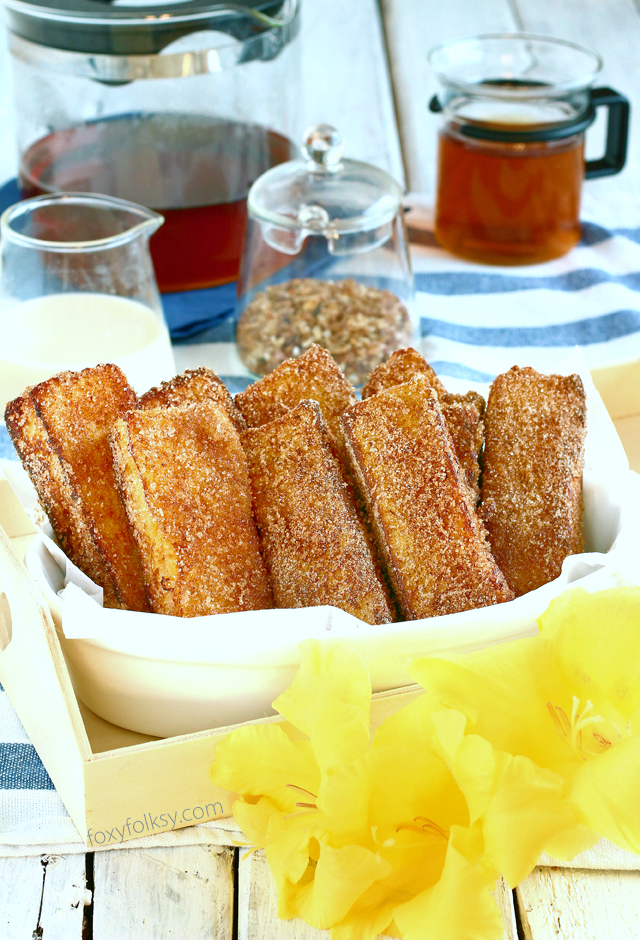 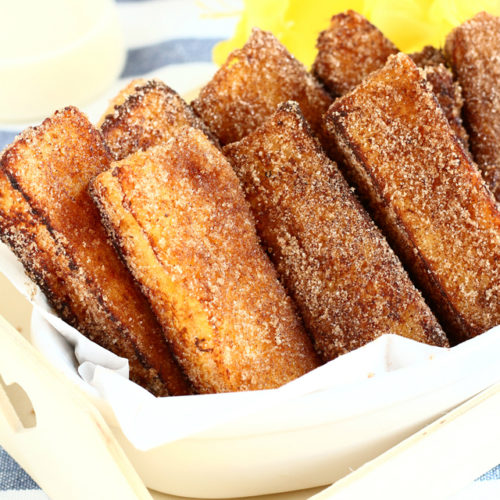