Cantuccini or Almond Biscotti is a traditional almond cookie originating from the Italian province of Prato, near Florence. They are baked twice, first as a long loaf and are then sliced into smaller diagonal pieces which are then baked the second time making them hard and crunchy but also enabling them to last a long time, well maybe not at our place ;-)! 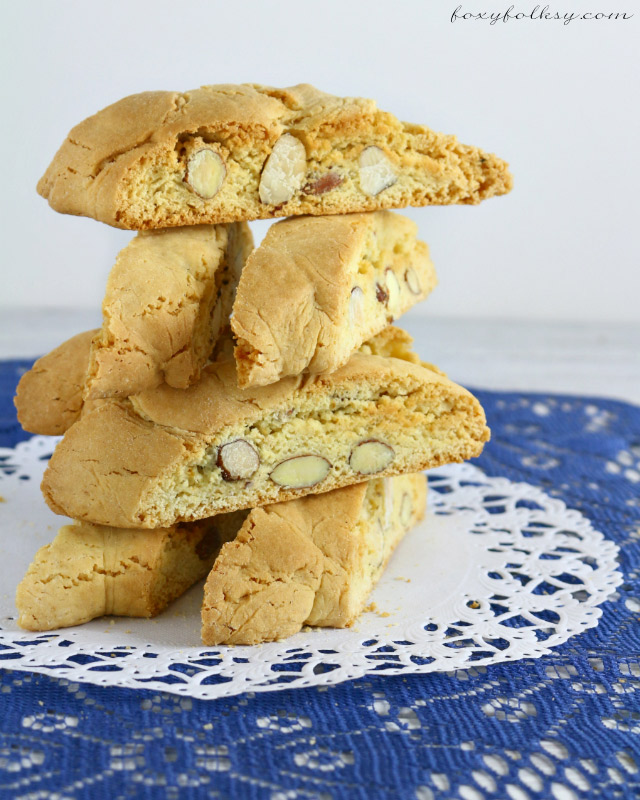 In Italy, it is a standing tradition to dip cantuccini in wine called Vin Santo to soften them up a bit before eating although it is also now popular to dunk them in coffee or hot choco instead. As for us, we like it just the way it is, rock-hard and all.

While we were in Italy last year, we were addicted to these delicious, jaw-breaking biscuits. We brought some packs home with us but once they were gone, the craving started. Good thing, Armin’s colleague can get some in an Italian food store near his place and so he became our supplier. It took us a bit while to get over them… and then we went back to Italy last June and back to old habits. So finally, I decided to give making our own cantuccini a go and I am so happy I did! I can’t believe how easy it is. Ok, the mixing of the dough is a bit of a muscle work but what is a little workout before indulging in these Italian treats..right!? 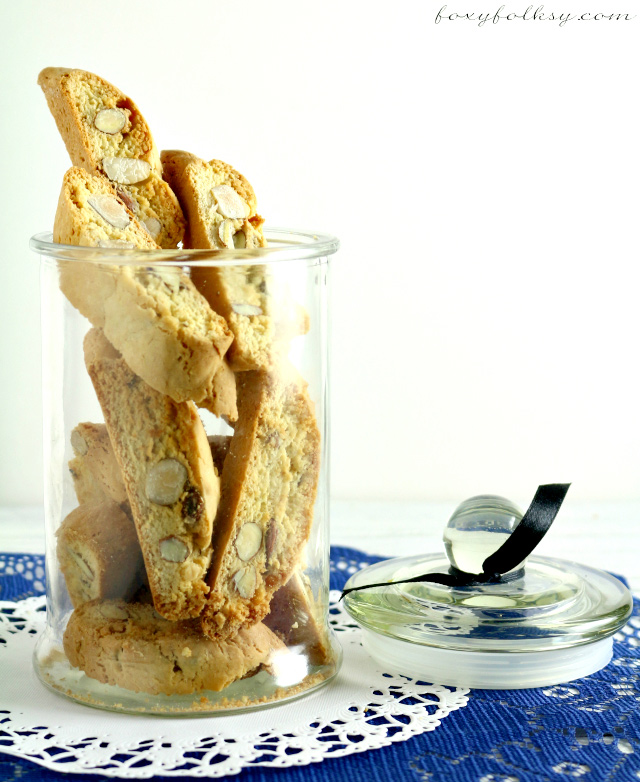 Although almonds are traditionally used for cantuccini, other nuts can also be substituted or added just like what I did with my first-ever attempt at making them, I added some brazil nuts in them…yum! 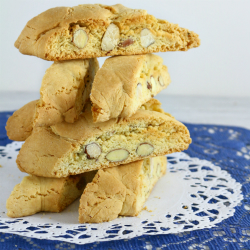