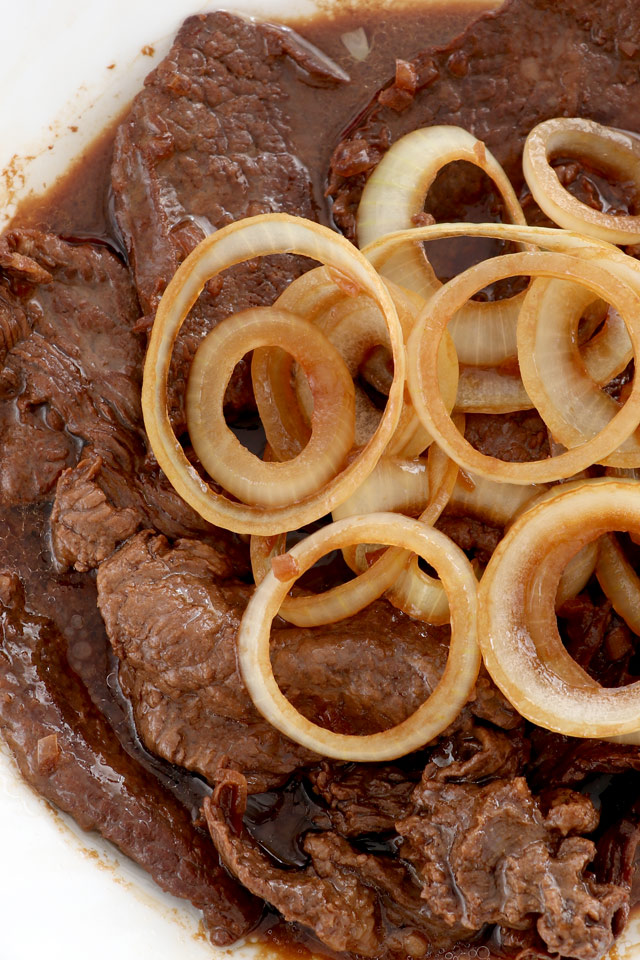 When I was a kid, I thought that 'Bistek" is a Filipino way of tagalizing the English word "beefsteak". I used to think that it is of American influence. Our way of reproducing a beef steak dish they taught during their time in the Philippines.

If I haven't been into food blogging and learning some food history in the process, I would go on believing that, probably, until I die.

Then I came across 'Bistec encebollado' which is a Spanish dish that looks identical to our Bistek.

Well, with our colorful history, it is sometimes difficult to trace which one from our many colonizers  ( Spanish, American or Japanese)  or neighboring countries influenced a certain dish if they have been at all.

So after I learned about the other Bistec recipes that are also found in other former Spanish colonies. I guess it is safe to say that our Bistek Tagalog is actually of Spanish influence. The name, apparently, they loaned from the English "beefsteak". 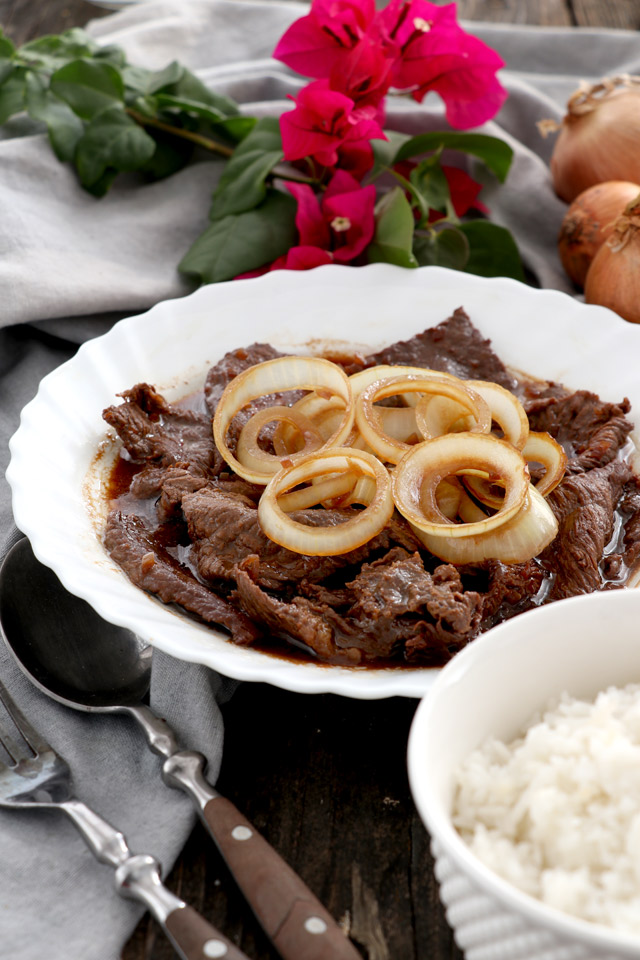 What meat is used for Bistek?

Although it is made with beef originally, nowadays, other meats are also commonly used.

The words more or less now refer to any dish that is prepared and cooked in the same way.

You can use pork, chicken, and fish (Tilapia or milkfish). Even eggplants can be cooked in this way. 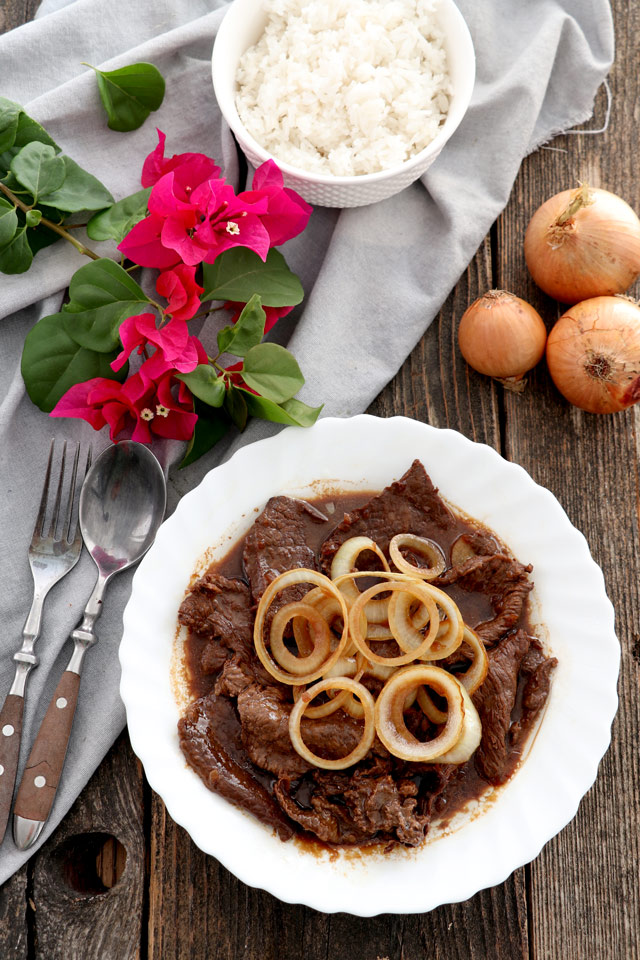 How to make Filipino Bistek?

Thin slices of beef are marinated in soy sauce and kalamansi (or lemon) juice. They have then pan-fried afterward.

The soy marinade is then cooked to make the sauce and added after the meat is fried. Lots of sauteed and sometimes fresh onions are added as a topping.

Others have a different way of making preparing this dish but this is how I learned it from my Mama. And she also gave me her secret in marinating the meat to make it more flavorful.

She adds chopped onions to the marinade and believe me, it makes a lot of difference. 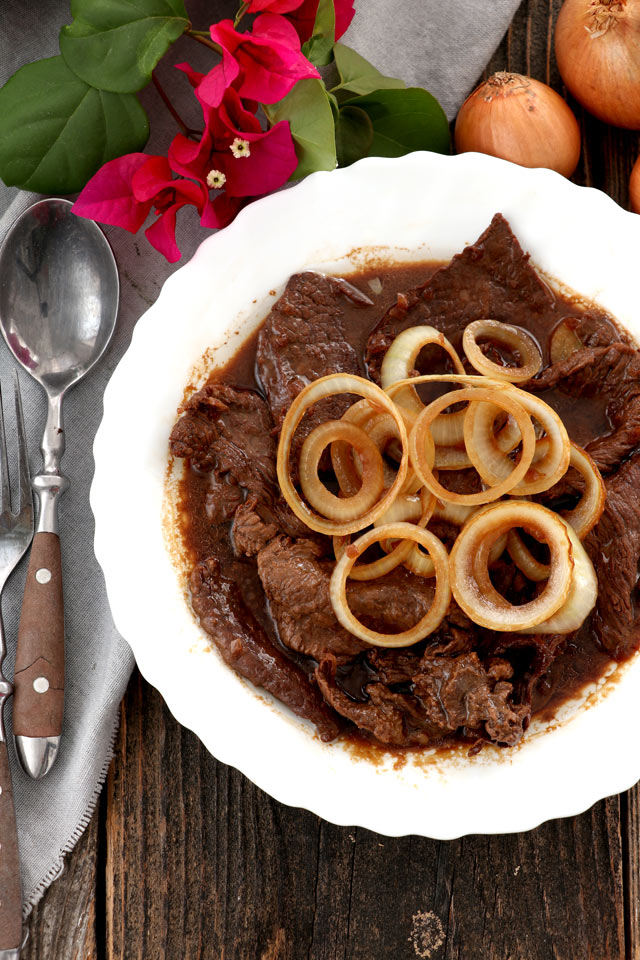 If you want a tender and juicy beef, start with good quality beef. But this is sometimes tricky to know. Even when they are labeled as Sirloin, you may still end up with not so tender meat.

One way to tenderize meat is by pounding. Pounding is usually done to soften or tenderize the muscle and make it easier to cut and eat. It also gives the meat a more uniform or even thickness. This makes the meat cook more evenly, avoiding raw on one side and overcooked on the other.

If you do not have a meat mallet, you may use anything that is heavy with a flat surface such as a rolling pin, a smaller skillet or saucepan or empty glass bottle.

Another thing to note is that leaner meat usually needs to be cooked at a higher heat in a short time.  Overcooking makes it tough. 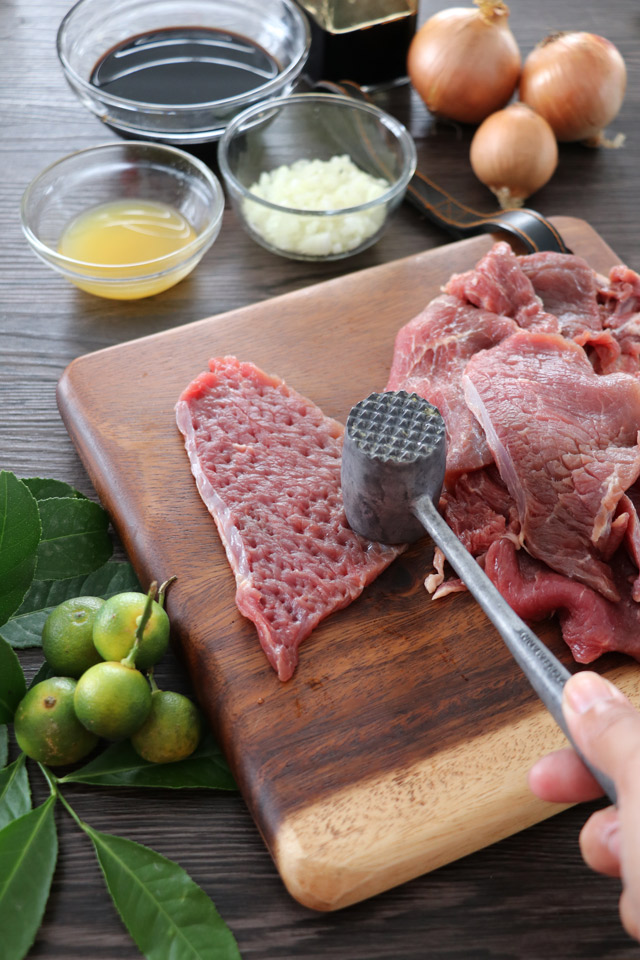 Other Filipino Beef Recipes to Try 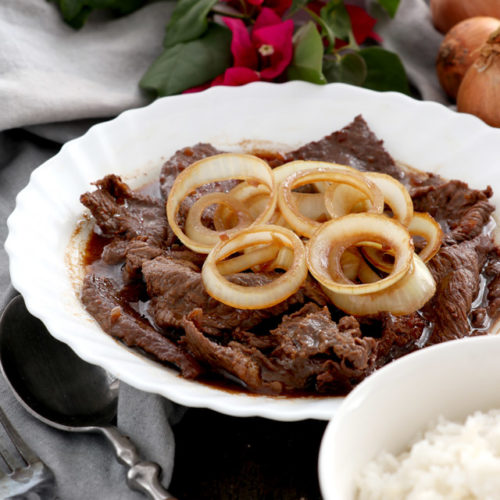